Hello and a very happy Monday morning to you all! The weather has not been very cooperative over the past week and with the 4th of July on a Wednesday put a slight damper on travel plans for most that do travel to celebrate the holiday. Lucky for us the weather in Huntsville was cooperative enough to allow all of the Independence Day festivities to take place.

The Declaration of Independence was adopted by the Second Continental Congress and signed on July 4, 1776 declaring the thirteen colonies of the Americas as thirteen independent sovereign states and no longer under the rule of the British Empire. In 1870 Congress recognized July 4th as an “unpaid” federal holiday and in 1941 officially established it as a paid federal holiday. The holiday is celebrated with family barbecues, parades and lots of fireworks. 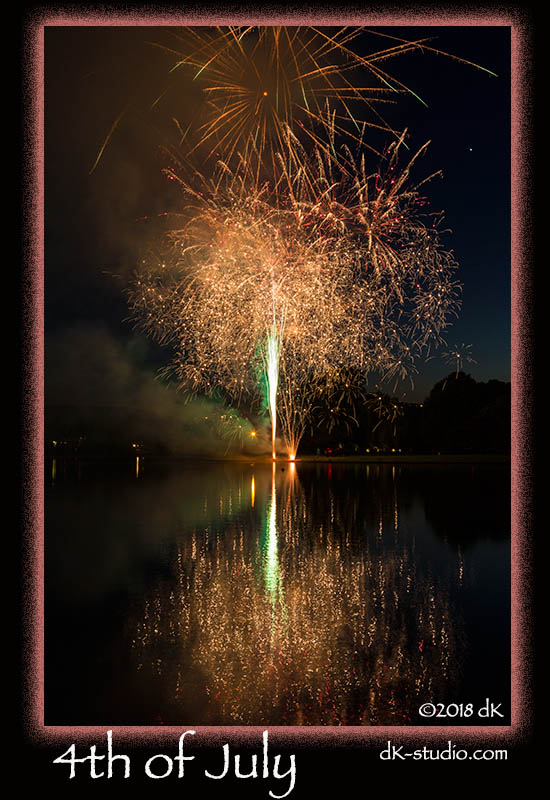 Like a lot of people I turn into a kid with a camera when it comes to fireworks. I look forward to those holidays where we officially celebrate with a huge fireworks display and the 4th of July is usually one of the best days. It offers the prefect crescendo to remind of us why this day is so important to our very existence and history as Americans. There is no better place in Huntsville for watching fireworks then at the U.S. Space and Rocket Center with all of the historical space artifacts as the background. As a photographer, I find it to be one of the most magical locations and magical evenings. 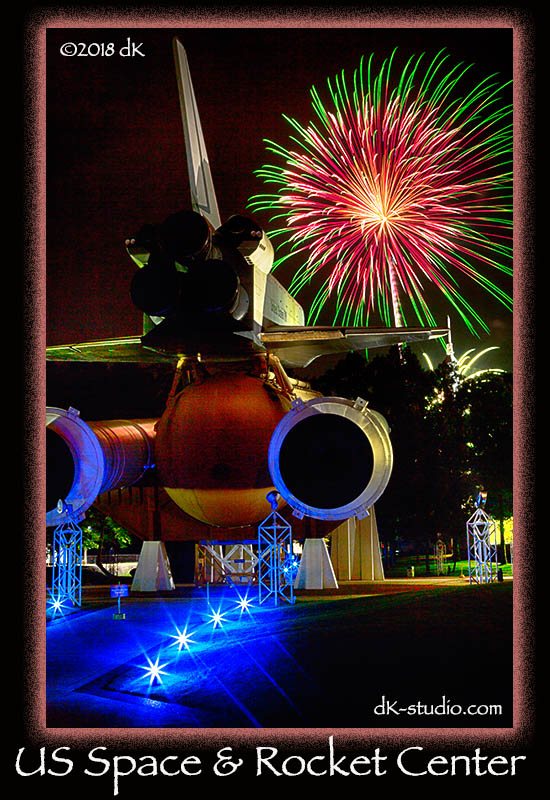 From the very first jettison skyward to the finale it was a truly spectacular event with the Shuttle and the Saturn rockets standing tall as the fireworks burst into an amazing array of colors and designs. Every year that I shoot at the center my goal is to find a different vantage point to capture the fireworks display and this year I chose to settle in on a small rise directly behind the Shuttle Display. One of the things I found most appealing was a series of blue lights that looked like a runway. It was something new and I felt sure that that the lights would add a different element to a setting I have shot many times over the years. To say the least it added the perfect element to an absolutely amazing fireworks display. Kudos to the master fireworks show orchestrated by Mr. Lynn Broad and his company. I hope your 4th was as memorable. Enjoy!!!!!!!!!!! 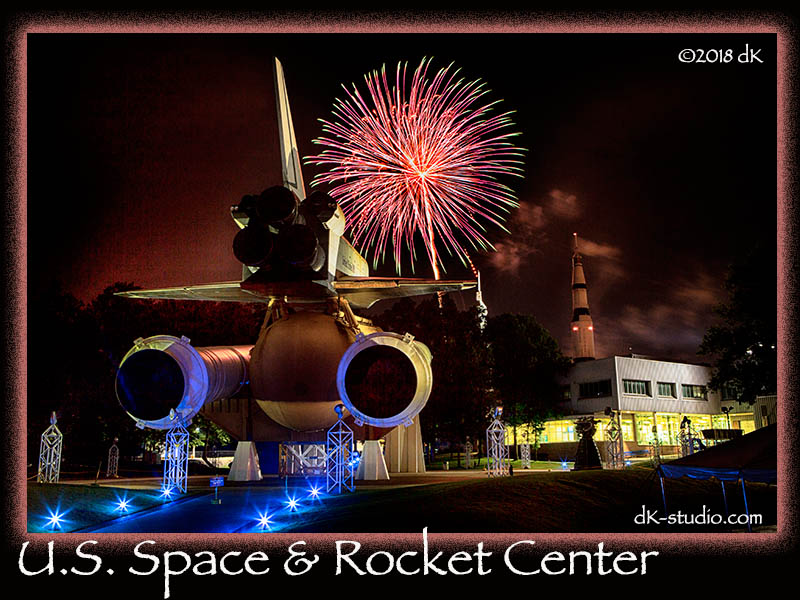