A very Merry Happy Holidays to you. I hope the season is going well for you and you are surviving the shopping and all of the holiday festivities. Might I also say congratulations to University of Alabama for their convincing win in the Southeastern Conference football championship. Roll Tide!

Over the weekend I received an invitation to attend a concert at the Volcano Room in McMinnville, TN. I was extremely excited about the invitation because the band that was playing was the Blue Sky Riders, a trio that includes Kenny Loggins, half of the 70’s pop duo Loggins and Messina. The Blue Sky Riders are a three-piece band that includes singer songwriters Gary Burr and Georgia Middleman. The second part of the invitation that so excited me was I have wanted to attend a concert at the Volcano Room because it is 330’ deep into a cave at Cathedral Caverns. Over the period of time, the cave was formed to become a natural amphitheater and is described as “one of the most acoustically pure natural spaces on earth!” http://www.bluegrassunderground.com/

It was an eerie but exhilarating feeling to walk down the path which eventually led to the opening of this majestic room with its trademark 1928 Chandelier hanging sixty feet above the crowd. With a first come first serve seating arrangement for the limited number of chairs and a sold out crowd my concert mate, Misty Riddle and I found ourselves looking for and locating alternative seating on a rock ledge that allowed for a comfortable seat and a great view of the stage. As we settled in with a few minutes to go before the show, an individual magically appeared offering us two vacant seats on the front row that was reserved for guests of the sponsors. We both speculated, for a brief moment, why he chose us but we did not speculate for long as we headed down to our new seats. Bingo, Front Row! 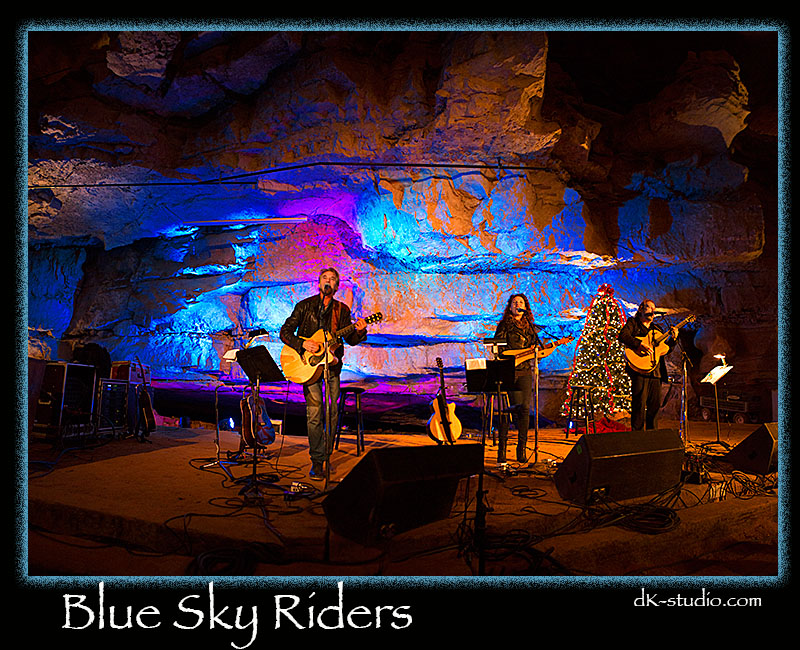 To say the least, the view and concert were amazing from that location. And it would be an understatement to say what a huge fan I am of Kenny Loggins. It was an incredible afternoon with the marital duo of Gary and Georgia complimenting and providing the direction and new sounds with Kenny.

I must admit I had one other selfish reason for going and that was to get a comparison. As Huntsville residents we have a similar venue that is hosted by The Land Trust of North Alabama called 3 Caves. Each year the LT hosts 3-4 concerts, a dinner-dance aptly titled Moon Over 3 Caves and a Halloween event. Anyone and everyone that has attend an event at 3 Caves uses the terms “Amazing and Magical” to describe the venue and those terms did not escape the entertainers at the Volcano Room as they describe their experience playing the Cavern. It may not be 330’ feet below the earth but 3 Caves definitely offers up the magic of seeing a concert in a very unique venue. Find your way to either or both in 2015, you will not be disappointed! 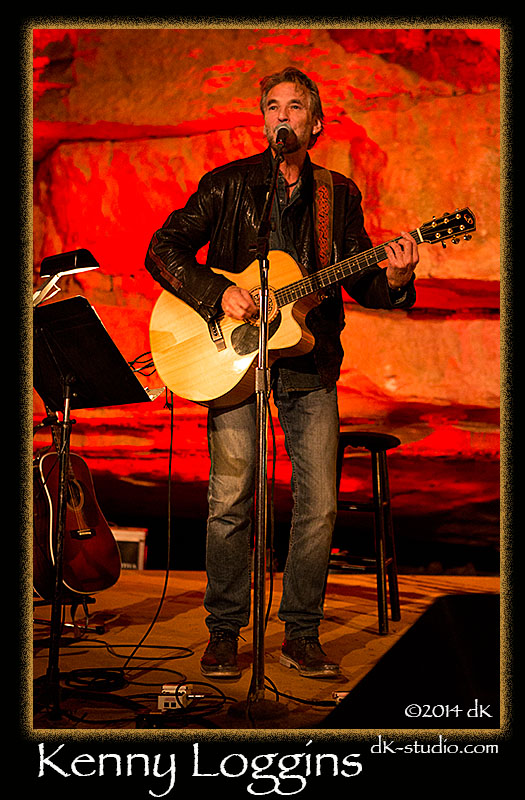