A very Happy Monday morning to you all. If you have not noticed we are in the final days of Christmas shopping and Holiday celebrations. It is a beautiful time of the year when we look to celebrate a very joyous occasion with family and friends.

Last Tuesday we were treated to a short lived “first snow” of the season. It basically lasted for about 12 hours and was on it’s out and melting around mid-morning on Wednesday. For those that chose to get out and enjoy the snow, downtown provided a beautiful background as a winter wonderland. There was enough snow on the ground to make snow angels and facilitate snow ball fights. 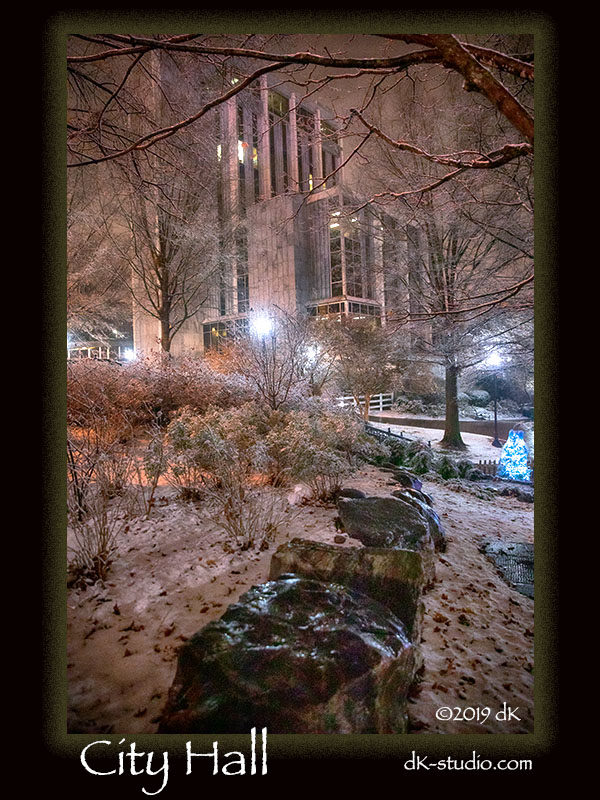 The weather prediction was that the storm was not going to last very long so the window of opportunity was going to be short lived as we were slipping into night fall. As the snow started I grabbed my cameras and headed downtown knowing that this might be my only chance to capture the snow fall and knowing that the city would make for a great background for the snow fall. 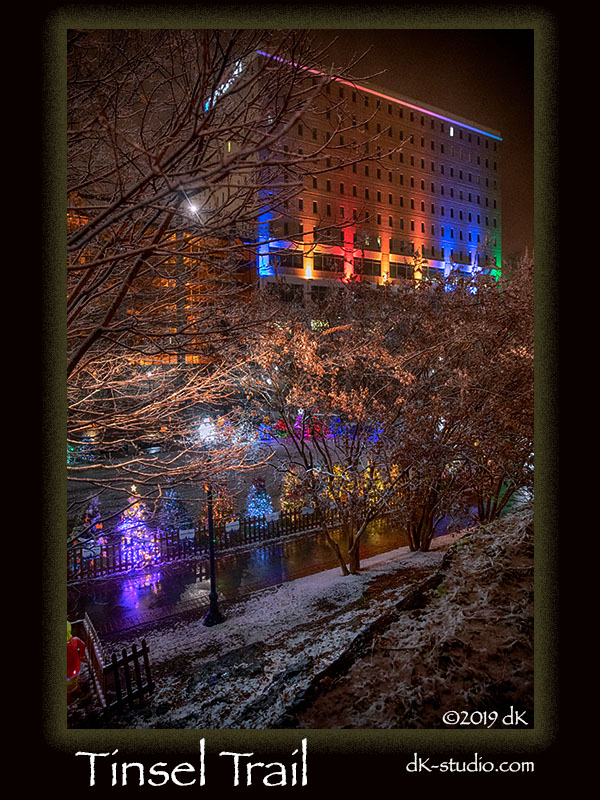 With the Tinsel Trail fully lit it seemed the perfect place for me to start. What better display to photograph than a beautiful collection of decorated Christmas trees as the snow blanketed the ground. The trees took on a magical aura as their lights twinkled through the wet snow flakes. 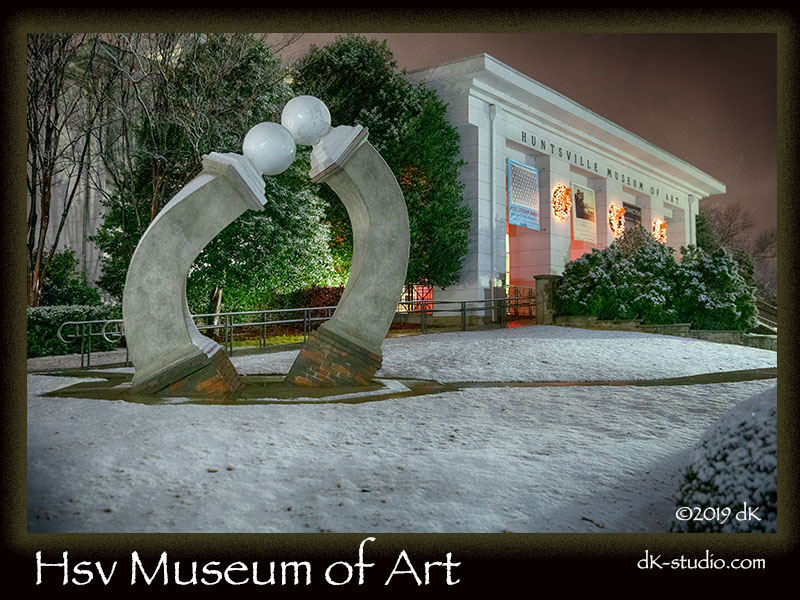 Once I finished with the Trail I decided to head over to Big Spring Park thinking that the pond would supply some beautiful city reflections as the snow continued to fall. As I walked around I noticed that the Huntsville Museum of Art had become a winters wonderland work of art. The snow had totally covered the hedges and ground creating a beautiful view. With the tree limbs covered by snow and lit by the ground lights I took notice how beautiful the American Flag stood out in the setting. The white tree limbs appeared to surround and protect the flag as the reds, whites and blues stood out. 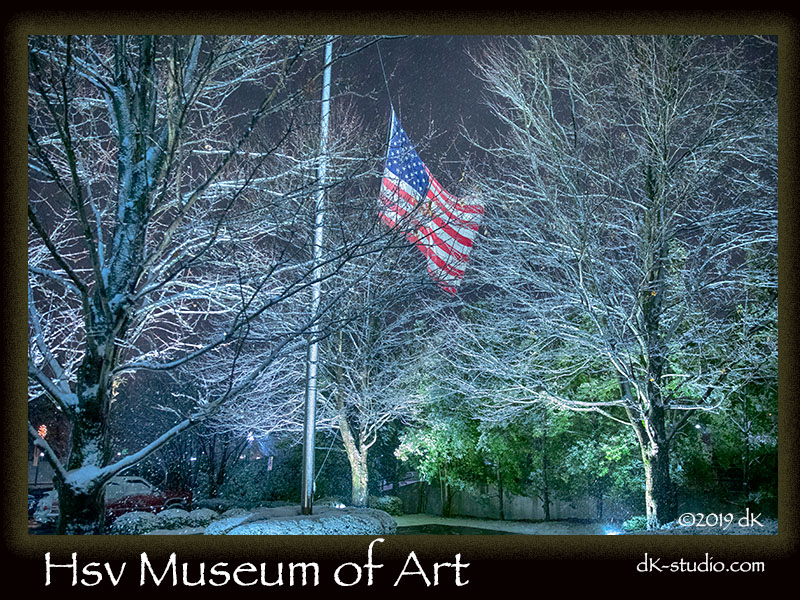 As I headed home I thought what better place to end my winter journey than to stop at the USSRC and see how beautiful the Saturn V rocket looked as the snow fall was still going strong. It was a beautiful night in Huntsville as our first snow fall provided a few magical photographic moments. 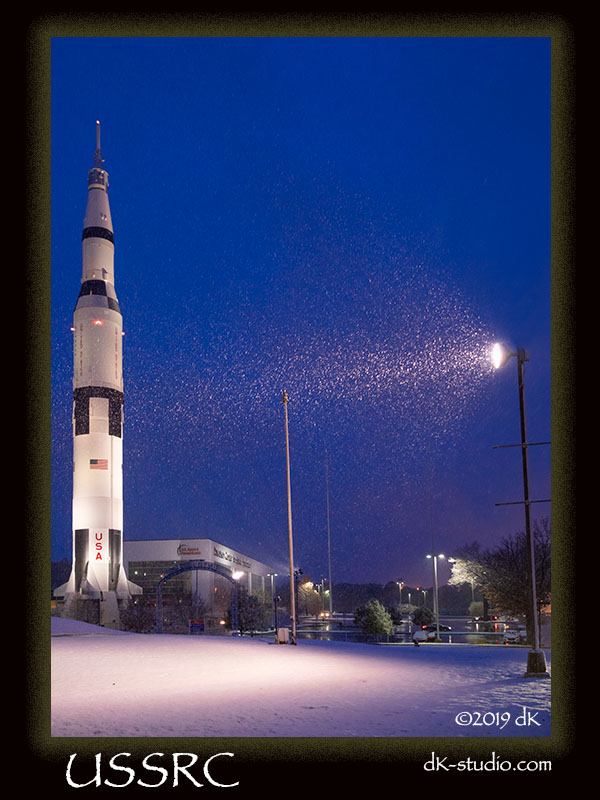