I trust you all had an enjoyable weekend and now it is time to get back to work. As for myself, I “had” to travel to Las Vegas, Nevada to instruct at a photographic workshop.

One of the things that we constantly do when conducting workshops is scout out new and interesting out door scenic locations to host the groups we are teaching. While traveling north out of Vegas on Hwy 95 to check out a few locations we noticed a group of planes flying in formation a few miles in front of us. We were very close to Creech Air Force Base around Indian Springs, NV. Creech is known for being the host unit for the 432nd Wing squadron and home to the MQ-1 Predator and MQ-9 Reaper. As we continued north observing the low flying aircraft it became apparent that these we no ordinary planes on a training run but rather a very highly specialized group practicing formation flying. As luck would have it, Creech is named in honor of General Wilbur L. Bill Creech who is known as the “Father of the Thunderbirds”.

Creech just happens to be the aerial demonstration-training site for the Thunderbirds and what we were witnessing was a very rare opportunity of the Thunderbirds in action. We pulled over at a truck stop adjacent to the base and directly across from the airfield, grabbed our cameras and stood in amazement as we were treated to a private showing of the Thunderbirds aerial show. I have photographed numerous aerial shows but could not get past the fact of just how close we were to the action. It was an amazing display of aerial artistry.

With the private showing coming to an end, we packed our cameras and continued north to seek out the two locations we had been given as prospective sites. We all sat in amazement of what we had just been treated to, a very rare front row seat to one of the greatest shows on earth, the flying Thunderbirds. I have attached one of the many of hundreds of images I shot during our private showing. 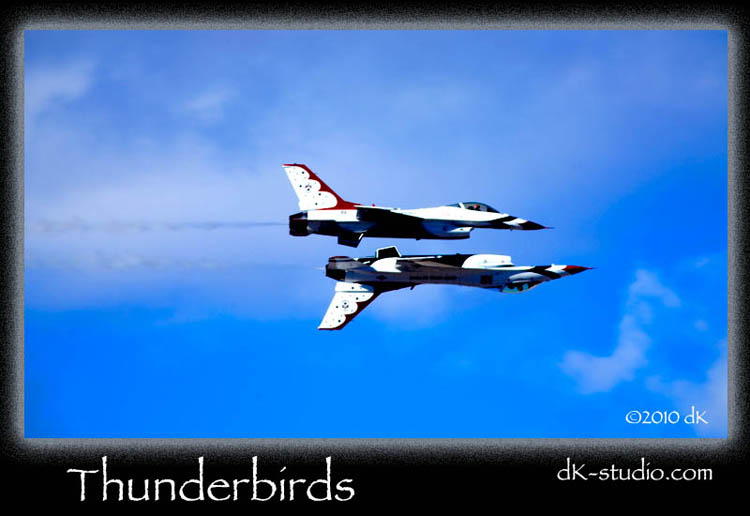 Enjoy and have a wonderful week.