The Boys of Summer

For those of us living in the south it was another absolutely stellar but warm weekend!! With the weatherman’s predictions for a few cooler days ahead, I will be truly grateful!

Huntsville has been home to minor league baseball for over 30 years. The Huntsville Stars came here in 1985 by way of Evansville, IN and Nashville, TN. The Evansville Triplets (Triple A) were bought in 1984 and moved to Nashville where they became the Nashville Sounds. The Sounds inherited a Double-A franchise, moved to Huntsville, began play in 1985 and won the Southern League Championship in their very first season as an Oakland A’s affiliate. In 1998 they left the Oakland A’s and became a Milwaukee Brewers affiliate. Through out the years many Major League standouts have played in Huntsville including Mark McGuire, Jose Canseco, Ryan Braun, Nelson Cruz, Miguel Tejada and Jason Gambi just to name a few.

If you have been watching the news of late, the Stars are rumored to be playing their last season at Joe Davis Stadium. News reports of sparse attendance and baseball apathy are cited as reasons for the departure. Like a number of residents in the city, I have attended my fair share of games either as a news photographer or a fan but have not been a strong supporter of the team over the years. I was fortunate enough to cover one of the games where they played the Oakland A’s with future Hall of Famer, Ricky Henderson, still stealing base.

With this being the possibility of being the last season, I decided to accept an invitation to go see a Stars game and as reported there was a very small but very loyal fan base in attendance. In all fairness, it was a weekday night game and many people were out of town for the holiday. The Stars won the game, in hardy fashion, beating their opponents 7-2. With “Beer and Hot Dog” in hand I was once again transformed into an ardent minor league baseball fan. 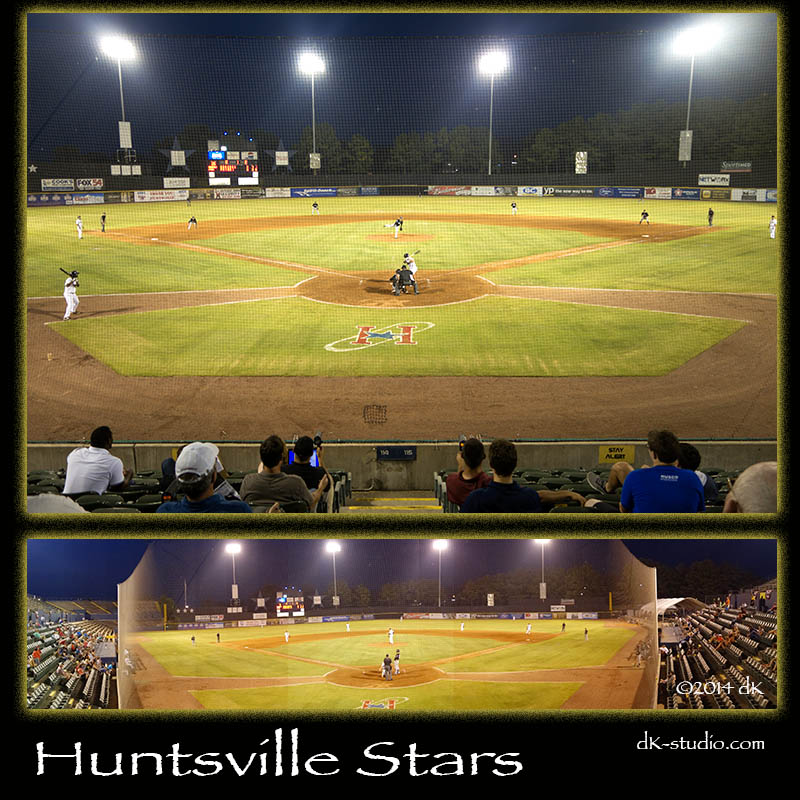 Little did I know that the individual I was attending the game with was possibly one of the most recognized and loyal Huntsville Stars Fans in attendance that evening. It seems that my good friend, Dave Gallaher (Microwave Dave) has been attending the Stars games since their arrival in Huntsville. With glove in hand Dave finds his way to just behind the third base dugout, not so much in hopes of catching a ball but more so to avert a medical emergency. It is hard to go anywhere with Dave without some extremely fervent music fan coming up to tell him how much they enjoy his music but on this night, he was Dave the Stars baseball fan.

You see Dave could very well be perceived as Huntsville Stars royalty. In 2009, one of the games was hosted in his honor and for those lucky enough to attend, they received something that pretty much will immortalize a human being. On this night in 2009 they were giving out Microwave Dave Bobble heads. I just have to believe that is one honor few us will ever receive. I felt very privileged on this 2014 summer evening to get to sit next to “Da Man!” my good friend Bobble Head Dave!!!!!! This could very well be the last season for Dave to claim the honor as an Official Stars fan. After 30 years of Stars baseball, the last night could be an extremely tough one for all in attendance when they hear, “Play Ball” for the very final time but I am sure that the Bobble Head will keep on bobbing!! ENJOY!!! 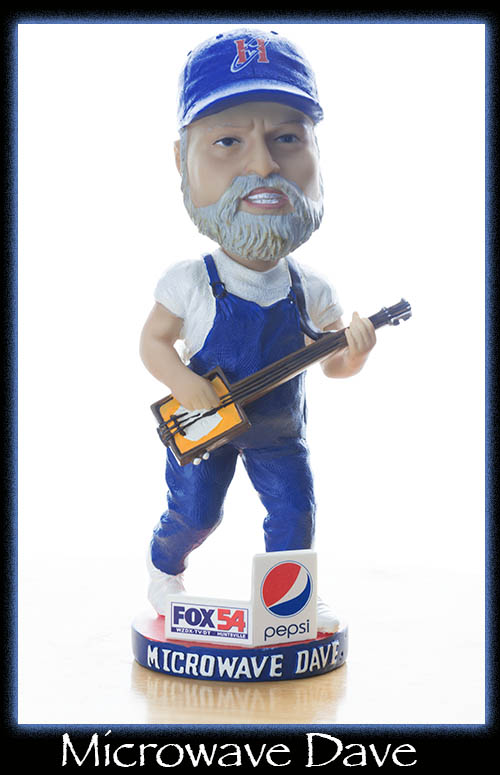