Happy Monday morning to you. It is the day after the largest sports spectacle in the world, the 50th Anniversary of the Super Bowl. Congratulations to Peyton Manning and the World Champion Denver Broncos!!!!! Of course this signals the end to the 2015 season and means no football for 8 months.

Speaking of super events, I guess the next best thing to being in New Orleans for Fat Tuesday is celebrating Mardi Gras in the streets of our hometown. Huntsville celebrated its 3rd Annual Mardi Gras parade this past weekend. Thousands of Huntsvillians lined the streets of downtown braving the cold temperatures and waiting for their chance to catch the traditional golden prize of beads thrown in the designated “throw zone”! For a couple of hours the city transformed itself into a mini New Orleans with a large number of enthusiastic Krewes participating in the parade. 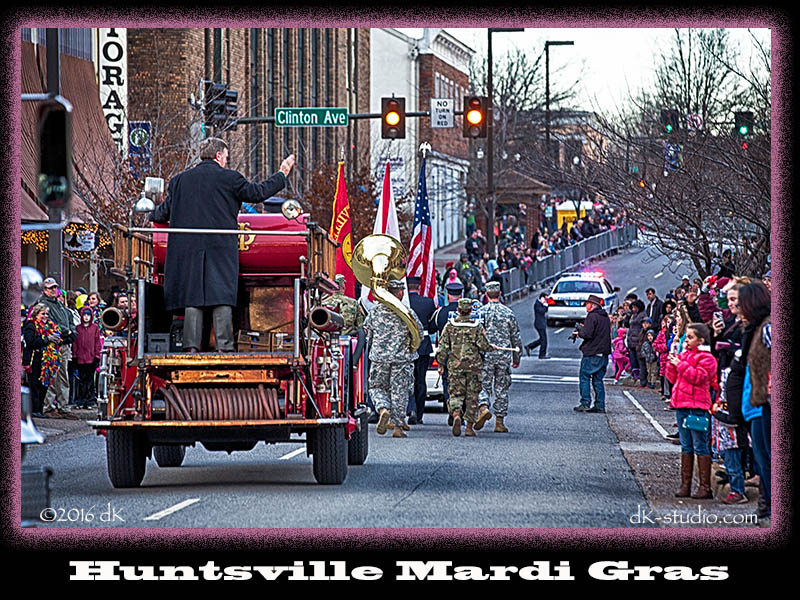 While Huntsville is no match for the celebrations in Mobile and New Orleans, participating Krewes did their best to entertain the crowds and provide a Mardi Gras atmosphere!  The crowd favorite appeared to be The Cotton Candies, an all female self-proclaimed “marching Krewe with a dancing problem!” The all pink outfits and their choreographed dance moves captivated the crowds as the ladies trans versed the two streets designated as the Mardi Gras parade. This year’s parade featured Mardi Gras King and Queen, Tommy Siniard and Erin Dacy. 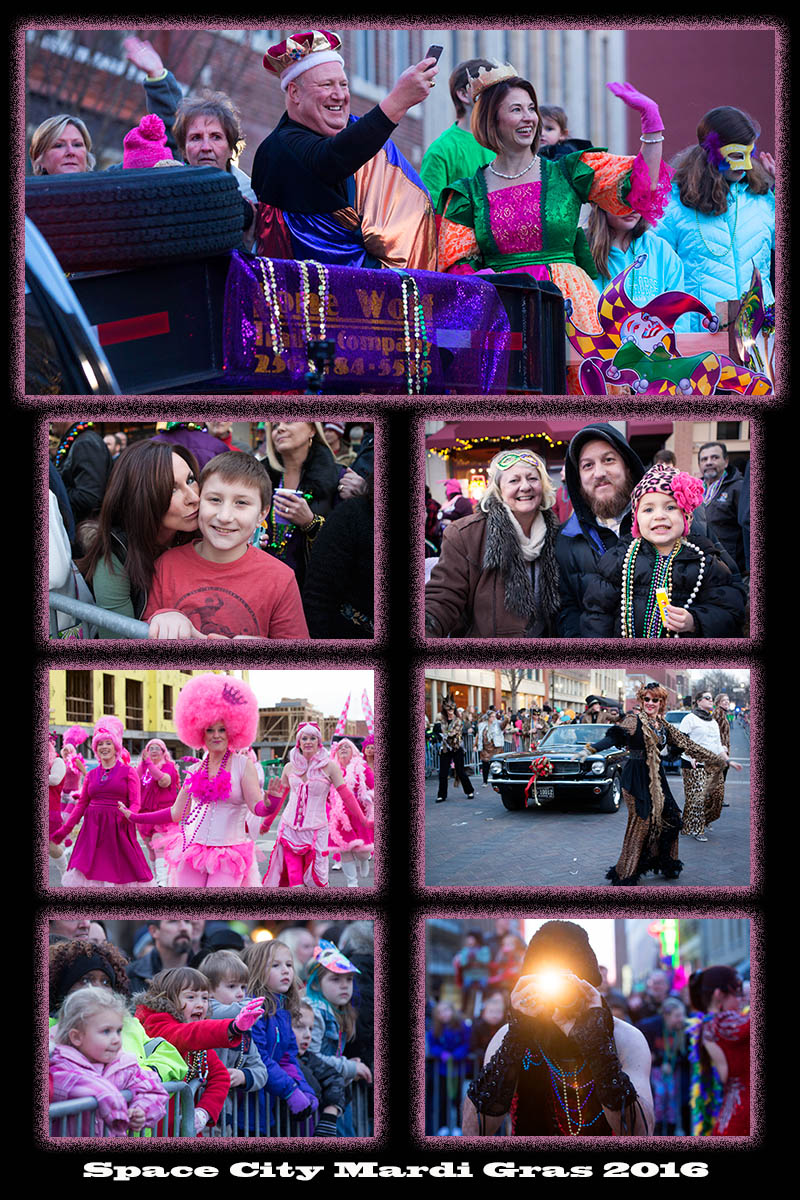 I would venture to say that the best part of my day was walking the parade route and getting the opportunity to see friends I have not seen in a while. The second best part of the day is seeing the smiles on all the children as they view the floats passing by while screaming for beads to be thrown by the passing Crewe’s! It was a day filled with festive and colorful pageantry. Like I said, it is not New Orleans but it is our little spice of Mardi Gras life. 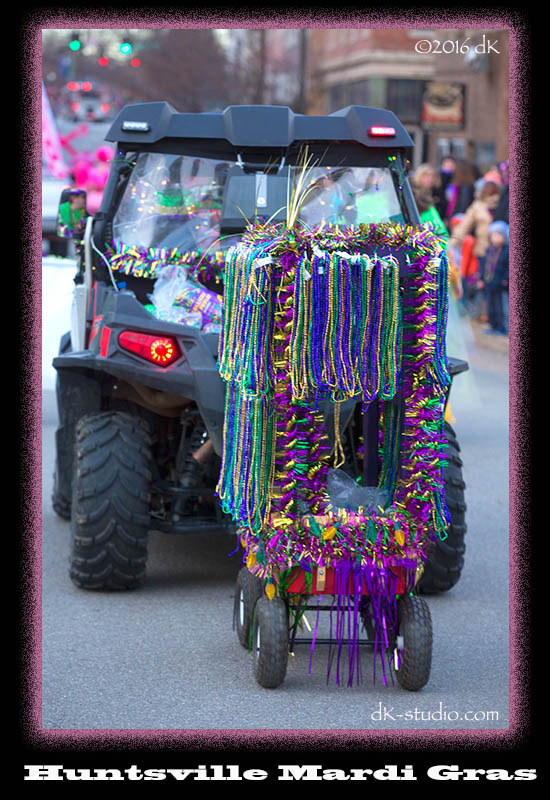 2016 looks to be another year filled with stellar photographic memories. For all of your stock imagery needs whether it is art for editorial, corporate or private collection, look no further! We may have exactly what you need.