Happy New Year!! Well, we finally made it, if that is what you would say, to 2021. I think it goes without saying that we are glad to see 2020 behind us as we look in the rear-view mirror. We can only hope and pray that we move forward into a very healthy and productive year!

One thing for certain, if you are a University of Alabama football fan, 2021 has started out on a very good note. Monday evening the Alabama Crimson Tide played Ohio State for the College Football National Championship. The Tide rolled over Ohio 52-24 in a very decisive victory going undefeated with a 13-0 record. The win gave Alabama head Coach Nick Saban a historical 7th National Championship moving him ahead of the legendary Paul Bear Bryant. This years’ team walked away with almost every major player award, including wide receiver Devonta Smith winning the most prestigious award, the Heisman Trophy. Sweet Home Alabama.

Something else happened on Monday that is slightly rarer than an Alabama loss and that is a north Alabama snow. Most weather predictions were for little or no snow but when we woke up on Monday it had snowed but in very selective areas across the valley. As I walked out on my new balcony, coffee in hand, I realized that the crunch beneath my shoes was the sound of snow. So, with camera in-hand I decided to get outside and head into the wild to track the elusive snow flake. As I crisscrossed Huntsville the snowflakes continued to be elusive until I literally found myself half way up Bankhead Blvd. It was as if I had hit a demarcation line and snow just appeared out of nowhere, with large snowflakes floating down. 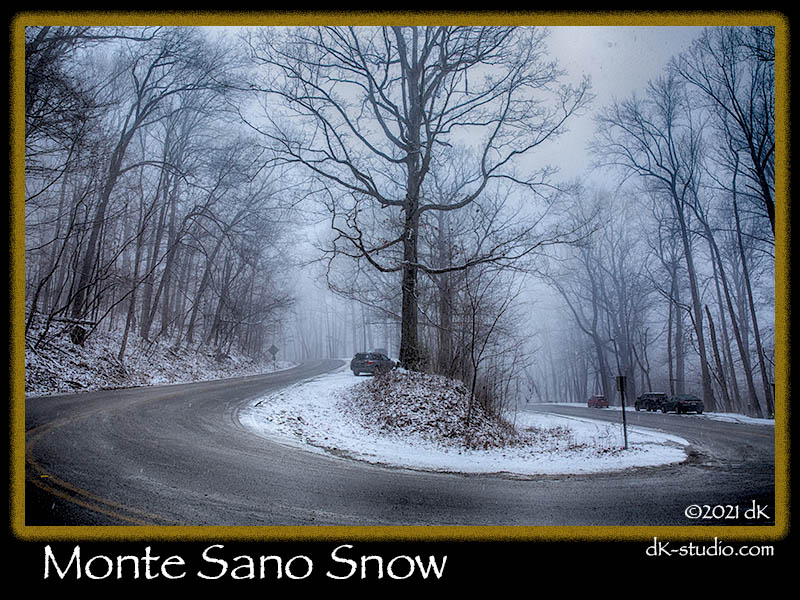 As I proceeded further up the north side of the mountain, the snow became much more prevalent. As I stopped at the hair pin curve to take in the view I was elated to see, by all the footprints, that others had made the journey.

As a boy from sunny Florida I am always fascinated by any winter wonderland and although this was a very light snow I still marveled in all of the splendor the beauty of the mountain covered by a thin blanket of snow. 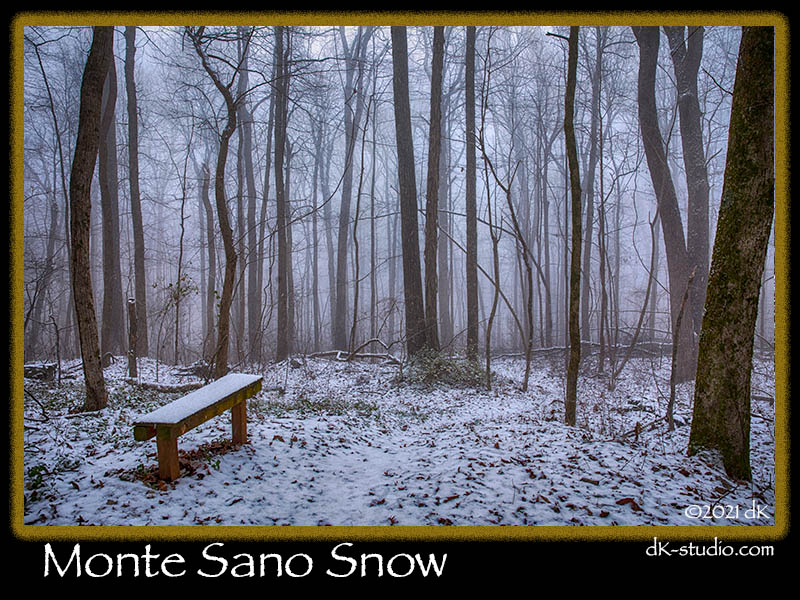 Hoping that there may be more to take in I proceeded down the mountain and decided to head north west due some weather reports that indicated that  there was a more abundant snow fall close to the state line. As I drove west on Bob Wade Lane I came across a couple of abandoned buildings that just begged to be photographed. One was an abandoned farm with a “slightly used” outhouse. 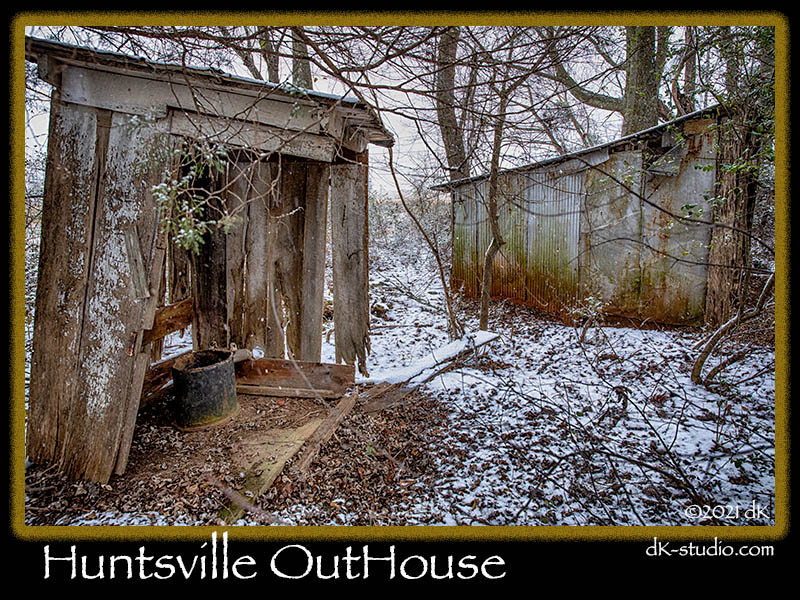 The second abandoned residence was standing proud in a harvested corn field covered in a snow dusting. The country manor appeared to have been unoccupied for some time with most of what was left behind including its “indoor plumbing” stacked in a pile under a beautiful oak tree in all of its winter glory. 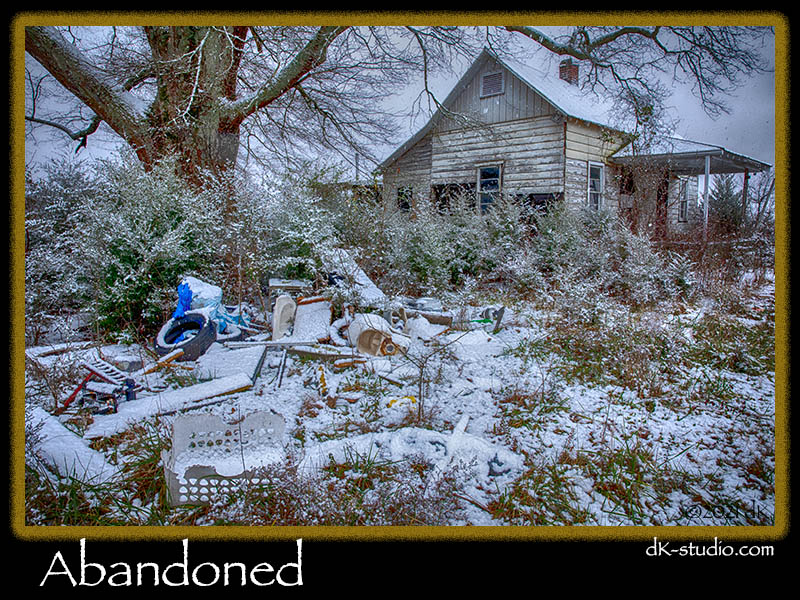 Once I was finished with my photo tour I headed up Hwy 53 noticing that what was left of the snow was dissipating fairly fast. As I approached Ardmore I stopped at one of my favorite locations, an old residence with the remains of two chimneys, an adjoining barn and multiple rows of trees. I had never had the opportunity to see it bathed in a blanket of snow and I was extremely pleased that I had gotten there in time to take in the view. 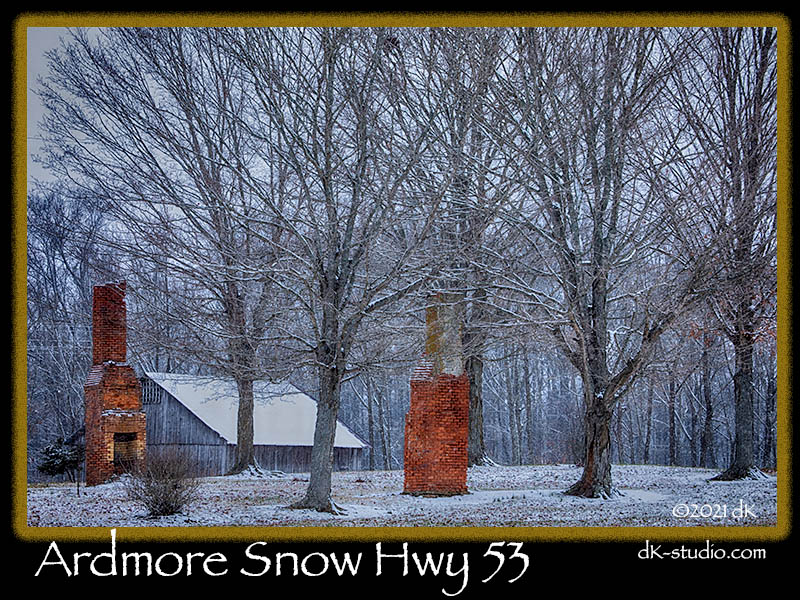 At this point it was apparent that I had  a good run and that the snow was melting away. With wet feet and cold hands I turned the car around and headed up for a fresh cup of hot coffee knowing I had succeeded in my journey of chasing the elusive snowflake! 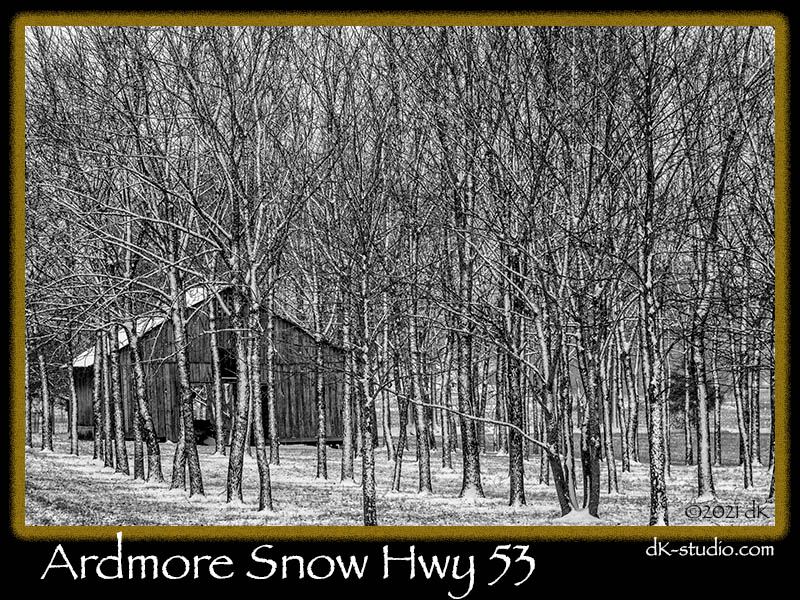 So once again may I wish you a Happy New Year ….. Here’s to a safe and fruitful 2021 and to all the Miss-Adventures that we all may experience for this coming year. 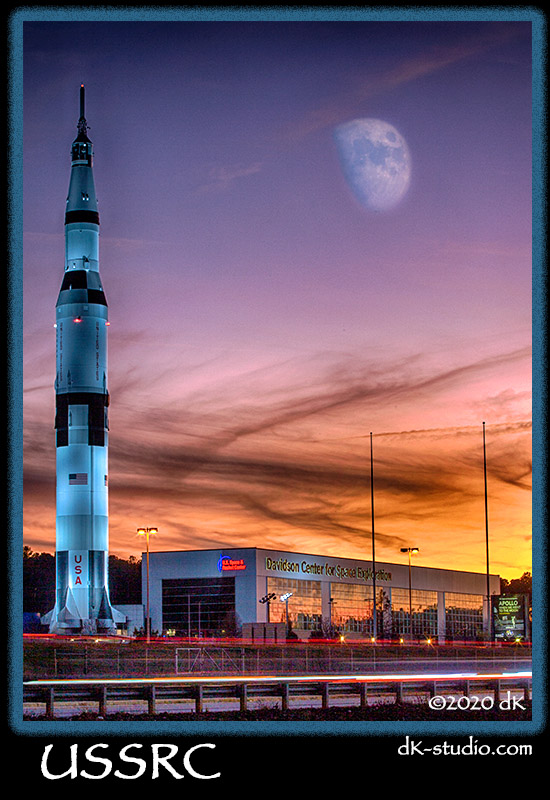