Happy Monday Morning. Not a lot to say about this past week’s weather but “BURR, It’s been COLD!!!!!!!!!!” I have burned more wood this week in the fireplace than I think I did all last year.

On Tuesday, as most of you may remember, we got our first snow of the year in Huntsville. It was not all that the weatherman had predicted but it was just enough to put the fear in milk and bread lovers and close the schools and businesses for a few days. Most of all it brought along with it Arctic temperatures that forced most of to stay indoors.

Of course there are always a few individuals that are tempted by the white winter goddess and find a way to endure the weather for the sake of getting to enjoy it’s majestic beauty. I for one, being a boy from Florida who rarely ever saw snow, heeded the call of the winter wild and chose to grab my camera and head out for the day to capture our winter wonderland – all ½ inches of it! As I ventured around downtown I came across a sign I have passed a thousand times but never quite took the time to stop and pay attention. It was a sign proclaiming many “firsts” for Huntsville.

As the day progressed and we got our “second snow flurry” I decided to get a better view of the city and headed to a roof top view thanks to my good friend, William Stroud. It has always been one of my go to locations and once again it did not disappoint as I looked around the city and waited for the setting sun. For a short period of time I thought I was in for a disappointment but just as I was about to give up the sun peaked through a break in the clouds and gave me a glorious glimpse of the city. 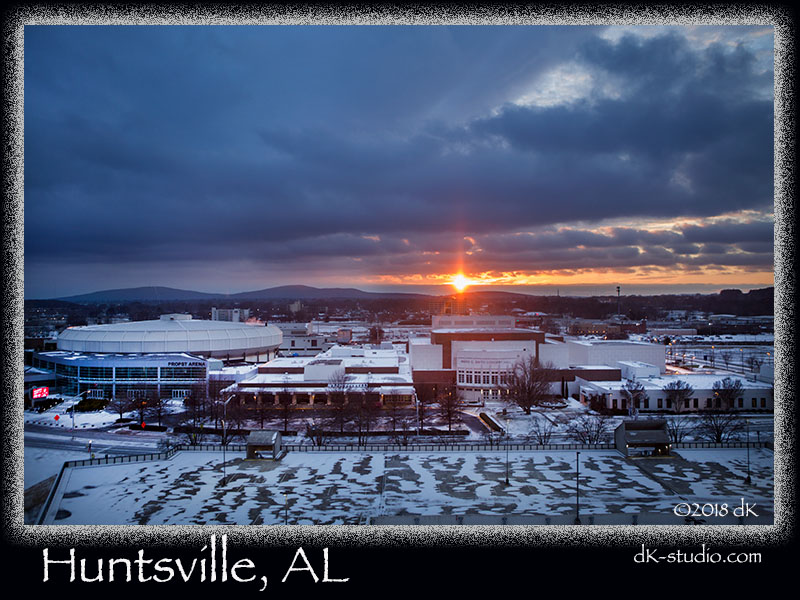 Once the sun set, I began to focus my attention on the city as it came alive with the glow of city lights beaming across the snow dusted parks. With the lampposts lighting the way, the city was transformed into a magical mystical southern wonderland. The cold temperature finally got the best of me but not before one last click of the shutter and the realization that we do live in a pretty wonderful place. Enjoy!!!! 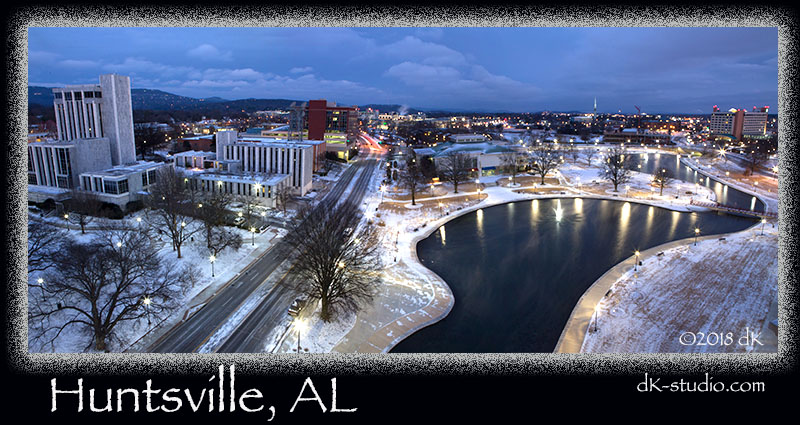