Shoot for the Moon

Good morning to you all. Last week I was sitting in the office when the phone rang with an over seas phone number. The gentleman on the other end identified himself in a heavy German accent as Mr. Claus Van den Burger, the head of the marketing department of Mercedes Benz – Euro. He told me he had seen my recent model photo shoot with the Ukrainian super-model Marina Semenova using their Mercedes SLS AMG sports car as a prop. He indicated that we were very impressed with the imagery and asked if I would be interested in working on their 2014 campaign. At first I could not believe it and once I got over the shock, I said I was all in. He told me it would be one to two months shooting in and around the Swiss Alps and they were partnering with Victoria Secrets on the project so we would be using their models. I thought I had died and gone to heaven. After all these years, I felt like all the hard work had finally paid off.  Of Course for all of you reading this …. April Fools!!!!!

Each year I begin the process of shooting new stock images that go into my stock archives. These “stock” images are offered for sale to magazines, corporations or private collectors looking for specific scenic imagery of select areas for publication, corporate wall art or private collection. Because our city is every changing, it is a continual labor of love to capture the essence of what the city has to offer with a new “coat of paint”. There is nothing more iconic than the Space and Rocket Center and I know that it has been photographed a million – zillion times but coming from a NASA background I never tire of the majestic beauty of the center or standing in awe of the historical space artifacts. Could there be anything more impressive for a visitor entering the city then seeing the Saturn V from a distance?

Last week I took the opportunity to get out and shoot a few new shots of the center. I always love the night view seen from I-565 because it gives the appearance of  a very metropolitan big city look, captured with the streaking lights of the cars. 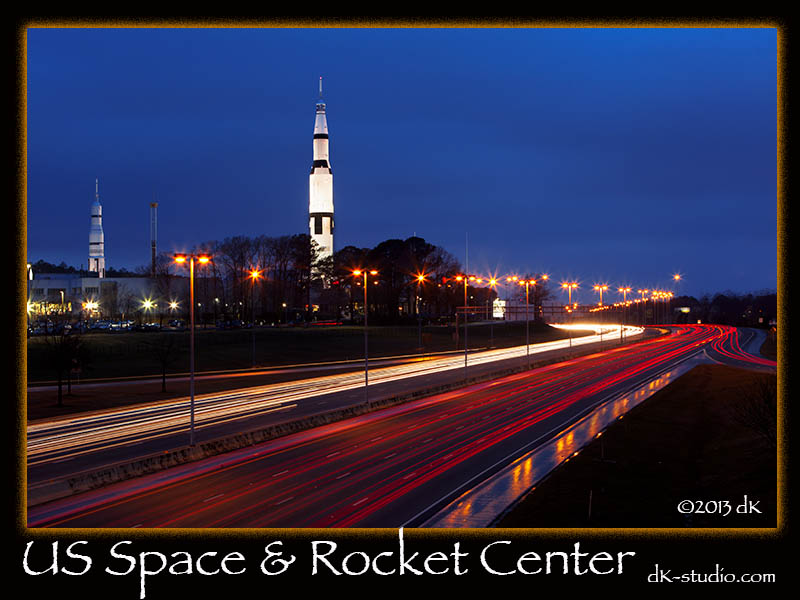 Since the Davidson Center was built I have shot numerous aerials of the center and some interior views of the rocket but had yet to attempt to focus my camera on the exterior at night.  I had seen a multitude of images but wanted to capture something different and something that showed the enormity of the building and rocket. I was pretty pleased with the results and I hope you …. ENJOY!!

Have a great April Fools day and  “Get out their and punk somebody!”

If you were not aware, Huntsville is in the “finals” for being the host for SoMeT13US – Social Media Tourism Symposium, November 6-8, 2013. It is an online contest so to vote for Huntsville, you will need to go to http://woobox.com/txqjs5 on Tuesday, April 2. 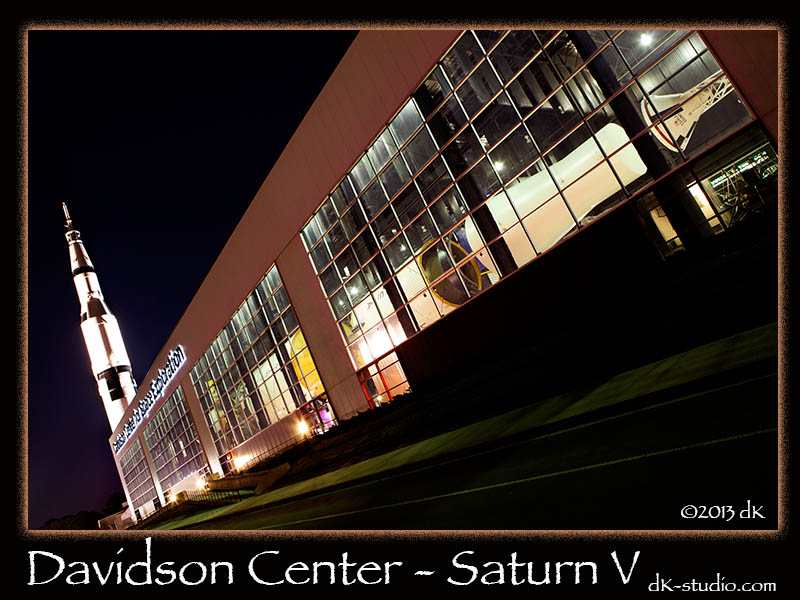 Please do keep us in mind for any upcoming photographic assignments. As well, give thought to our vast collection of stock imagery for any of your art, corporate or editorial needs.