Hello and a happy Monday morning to you all. What an exceptionally wonderful weekend I had getting to capture the marital bliss of two of my dear friends, Ginger Sharp and Joshua Smith who tied the knot at the Rippavilla Plantation in Spring Hill, TN. It was a glorious day spent with family and friends and was the perfect joining of two beautiful individuals. After shooting three weddings this year, I think I am getting the hang of it!

And just when you thought that you were over reading about boating, rivers and locks and dams one more blog appears. Last week I had the opportunity to track down the Pinta and Nina, historical replicas of two of the ships of Christopher Columbus, as they left Ditto Landing in Huntsville, Al and headed up the Tennessee River to their next port of call in Guntersville, AL. I drove over to the Guntersville Dam and waited for the ships to arrive. It was a magical site as the ships came around the bend and into view. For a brief moment is was like stepping back in time until the future met the past when a motor yacht approached the vessels to take a few photographs up close and personal. 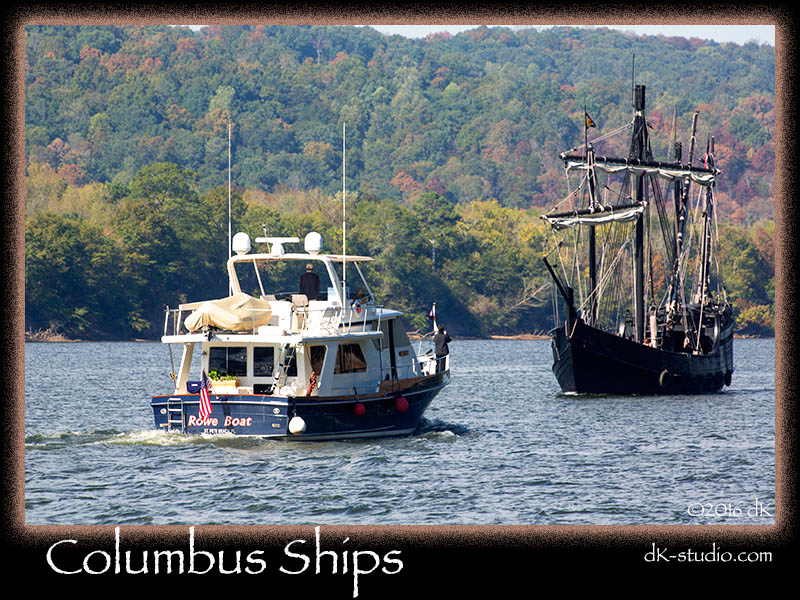 Of the two “caravel style” ships, the Nina is known as the most historically accurate replica of a Columbus ship ever built and the Pinta is a newer ship built to accompany the Nina. Both are considered floating museums. Construction of the Nina began in 1988 and it first set sail in 1991 from Valenca, Brazil while the Pinta was built and set sail in 2005. 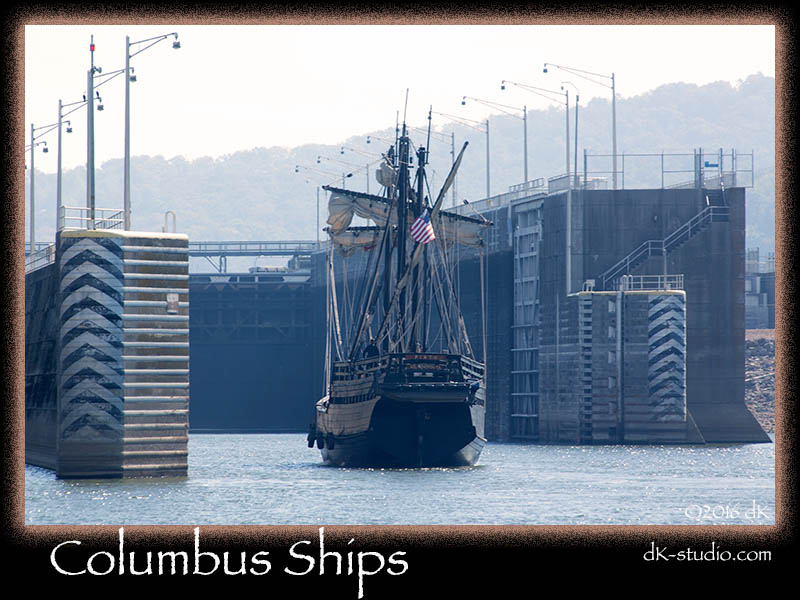 It is truly amazing that Columbus and many others sailed ships like these over vast oceans and from continent to continent during those very early years of exploration. The Nina was known for being Columbus’s favorite ship, logging in over 25,000 nautical miles on 4 voyages over 12 years under his service and command. “In 1492, Christopher Columbus sailed the ocean blue!”

It is a true spectacle watching the two ships glide along in harmony. One can only imagine what it would have been like to have sailed across the oceans during those years and the anticipation one might have had not knowing what they were to encounter. What would Columbus have thought as he and his crew encountered their first lock and dam during his explorations  – if there were time machines? Enjoy!!!!! 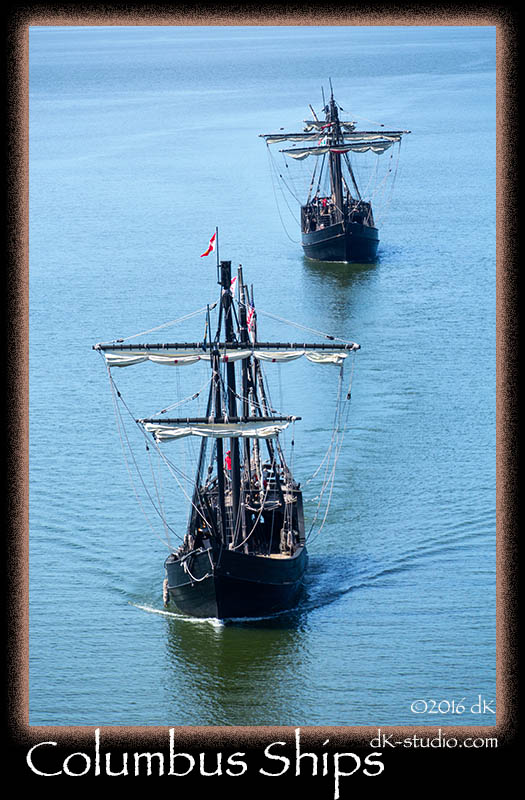