Happy Monday morning! Unfortunately for most of us, the weather did not cooperate and did not offer up an enjoyable outdoor weekend.

This past weekend NASA – Marshall Space Flight Center hosted the 24th annual “Human Exploration Rover Challenge” at the U.S. Space & Rocket Center. Originally titled the “Great Moon Buggy Race”, the competition was started in 1994 to commemorate the Apollo 11 lunar landing. I was a NASA photographer during those early years and spent many hours covering the event. When I left NASA in 2000, I started covering the event as a media source. It now is like a reunion where I get to see many of my former NASA co-workers that are still working at Marshal or involved as a volunteer at the event. Unfortunately for all those involved this year, the weather became an “undefined obstacle” and the event was cut short damping the spirits of the participants but not their overall enthusiasm for the competition. 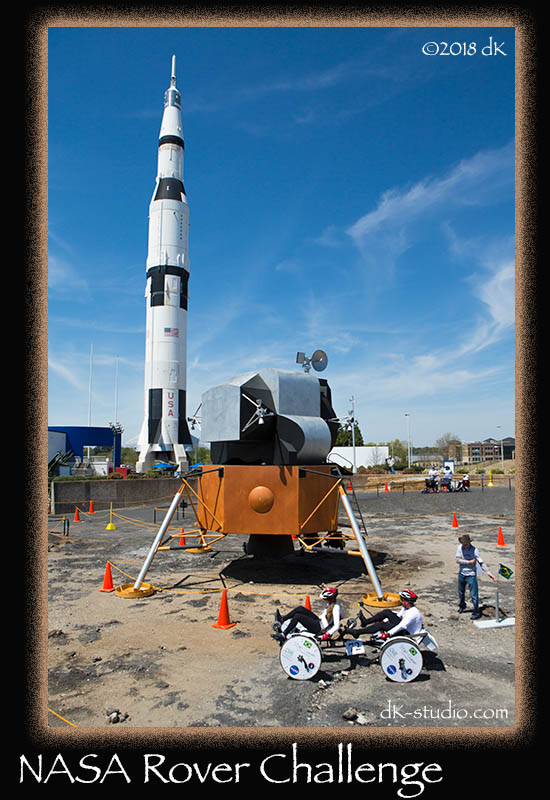 The annual event is a competition where teams of high school, college and university students from around the world compete in the design and fabrication of a “lunar rover type vehicle” and ultimately race over a simulated terrain course powered solely by blood, sweat and tears. The competition has now grown to host over 100 teams coming from as far away as Puerto Rico, Bolivia, Peru, India, Lithuania and Bangladesh. The first two competitions were held on a course at the Marshall Space Flight Center used to test the original lunar rovers and then moved to the U.S. Space & Rocket Center where they have been hosted since 1996. 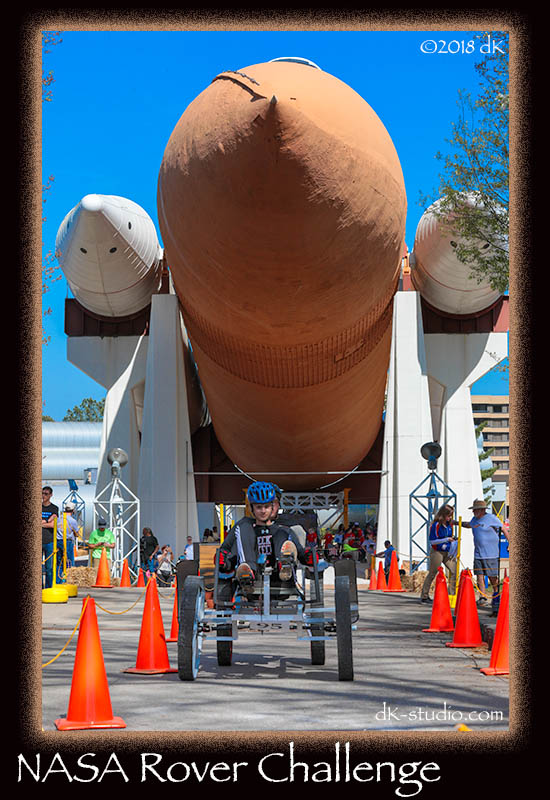 Each year the course is redesigned to add new challenges for the six member teams including issues that may face future space rovers and travelers. Before each team races they have to pass a vehicle inspection which requires the two-member rover team, one male and one female. Once the preliminary assessment is completed, the team is given the go-ahead to travel the extended half-mile course that is made up as described as “an unearthly landscape” including a lunar crater with a life-sized replica of the Lunar Module. The original competition challenged teams to traverse the course in the quickest time possible, with the least number of penalties, but teams now must increasingly approach the challenge like mission planners and explorers. Points are awarded for surmounting various obstacles–up to 14 scattered across the course–and also for completing up to five unique tasks along the way. 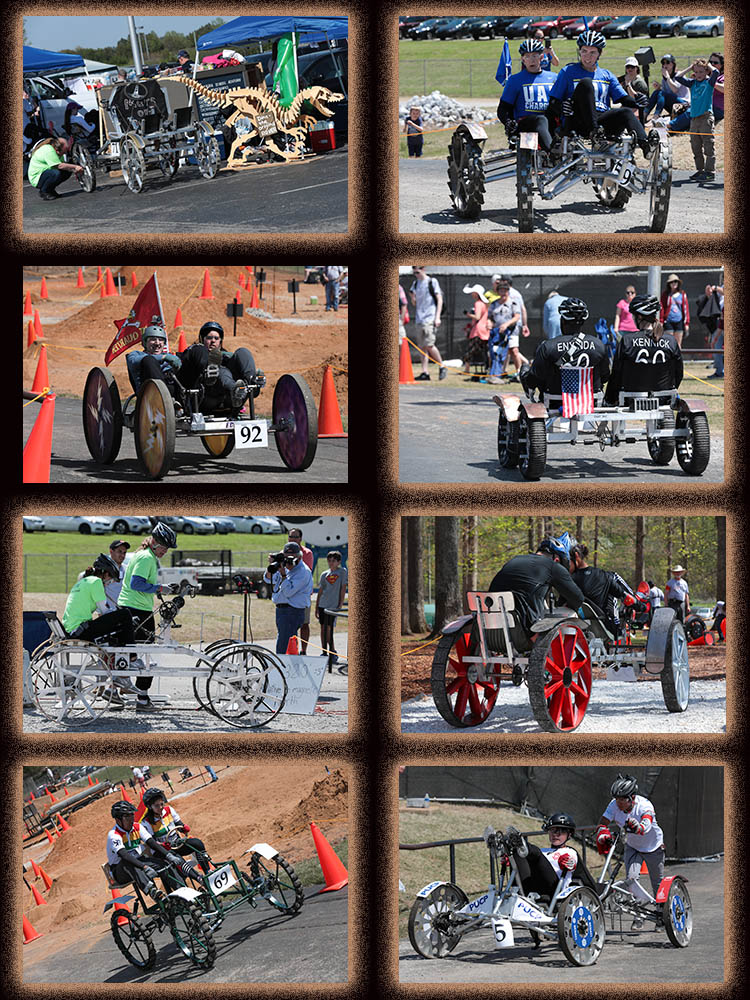 As I maneuvered my way around the newly designed course, I could see that the future of space exploration was in good hands. For these future “space cadets” that participate in the competition, the experience of the thrill of victory or the agony of defeat is really the joy of competing and making new friends that appears to drive them the most. For all of their efforts, an award ceremony is hosted in their honor and recognition is given to the first three winning teams in each division for both high school and college for having the shortest total time in assembling and traversing the course. From here you could say it is “on to Mars and beyond” for these dreamers. ENJOY!!!