Good Morning and Happy Day-After Easter! What a wonderful weekend with beautiful weather we had to share along with our Easter celebrations.

As most of you may know I was in San Diego a week ago shooting the Coronado Flower Show and visiting with friends from southern California. San Diego is one of my favorite cities to visit and with its surrounding communities is one of the most picturesque areas that I have had the opportunity to photograph. I have been visiting San Diego since the early nineties and never tire of taking a photographic tour of the area. While visiting, I was able to take time out from my flower show duties and spend some time focusing my camera on the city. It should come as no surprise that the city has a rich heritage and association with the military. When you walk around the harbor one of the first things you may notice is the larger the life 25’ replica of the famous “kiss” portrayed in Life magazine of a Sailor embracing a female, titled “Unconditional Surrender Statue.” As you might well image many Selfies attempting to mimic the poise take place daily. 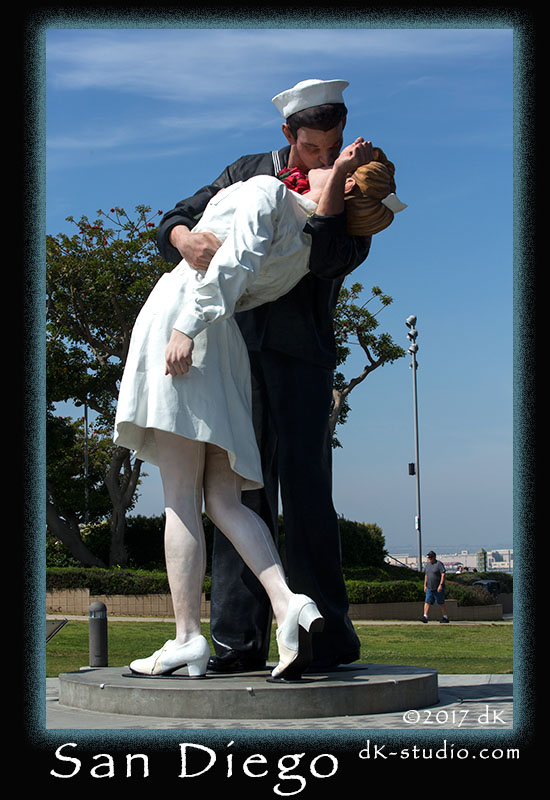 With the North Island Naval Air Station sitting prominently on Coronado Island at military presence can be seen everywhere whether it is on display at the USS Midway Aircraft Carrier museum, in the port where ships constantly maneuver or in the skies where helicopters and planes are a daily sight.  I was fortunate enough to be in the harbor when the latest in naval warfare ships was being escorted past the city skyline. I first encountered the Austal designed frigate on my 8-day trip down the Tenn.-Tom last year at the Austal facility in Mobile. It was an amazing site with the skyline of San Diego as a background. 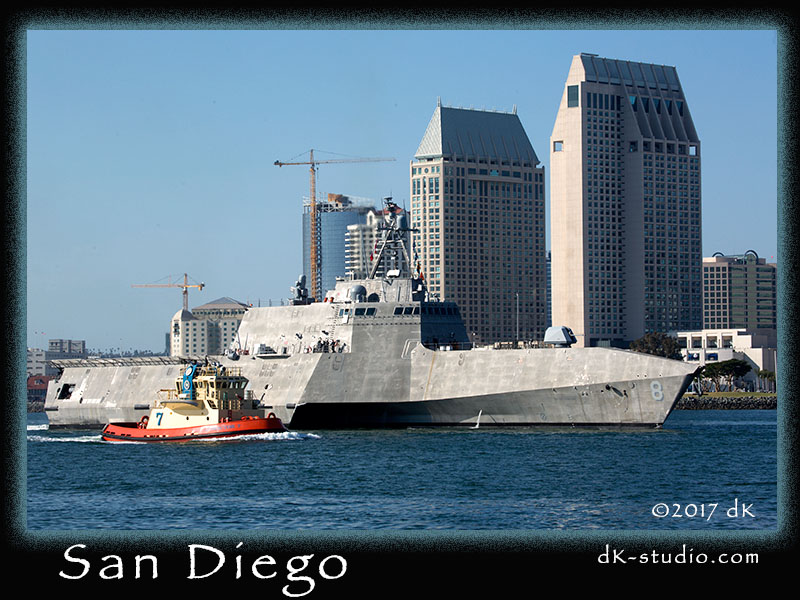 With an estimated population of almost 1.5 million people, San Diego is the eight largest city in the United States and the Port of San Diego is the 4th largest in the state of California. It would be very difficult not to notice the constant traffic of commercial and recreational boats that move in and out of the harbor. From the constant movement of the ferries going back and forth from the many harbors to the huge vessels maneuvering in and out of the bay it is a very orchestrated dance of motion. 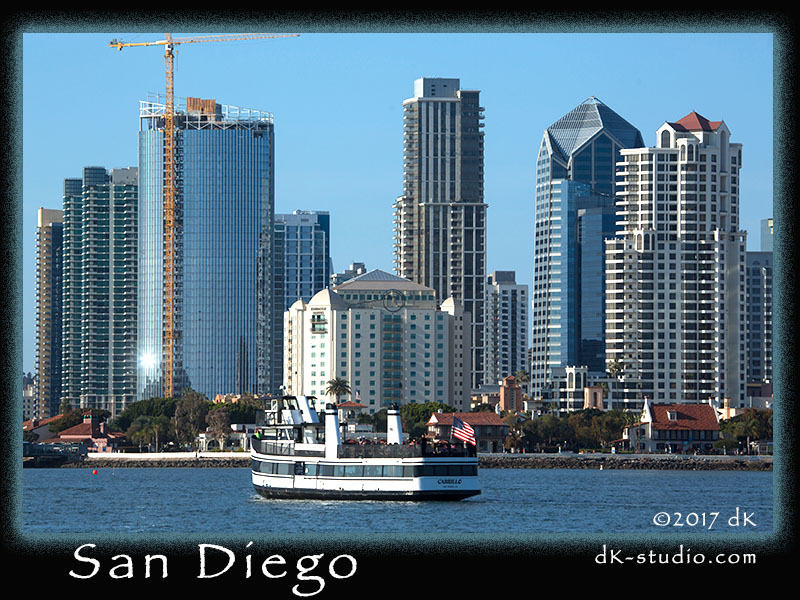 As I sat one after noon on Harbor Island looking at the west view of the San Diego skyline I noticed the cruise ship, the Ruby Princess was leaving port and headed out to sea. The vessel, which is operated by the Princess Cruises, is 951 ft. long, hosts 19 decks and is home to 3,000 passengers and a crew of 1,200, a small city unto itself. As it departed on it’s voyage the Coronado Bridge could be seen in the background while the vessel dwarfed a sailboat in the harbor. It was quite the majestic site and a beautiful way to end a picture perfect day. ENJOY! 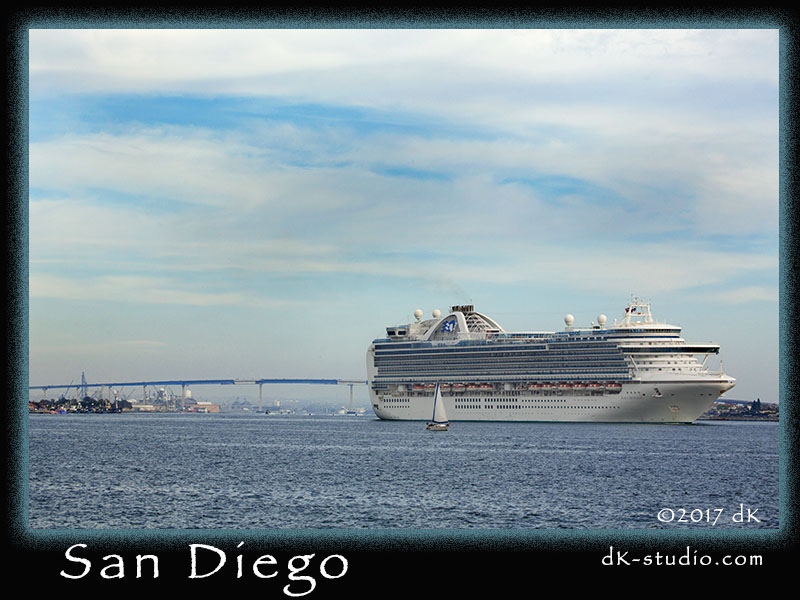