Happy Monday Morning. I trust you all survived last week with it’s up and down weather.

Last week I had to travel to Pittsfield, IL to take care of a legal issue with a former client that I spent over ten years instructing in his workshops. I am happy to say that a judgment was awarded in my favor but sad to say it was like winning the battle but losing the war. To get to Pittsfield I had to fly into St. Louis, MO and luckily for me I have some great friends that live in the area. Michael and Trina Green were very gracious to host me and be my Uber transport while I was in the area.

I have traveled the road many times to Pittsfield taking Hwy 79 north which parallels the Mississippi River. This time of year the river was still covered in sheets of ice and we spotted a fair amount of bald eagles floating down the river on sheets of ice. Getting to Pittsfield requires you travel through towns named Clarksdale, Louisiana, Atlas, Nebo and Pleasant Hill. One of my favorite memories from the many trips I made to do workshops in the area was coming across a country store in Atlas. The sign out front offered up many items and exclaimed, “ Eat here – Get Worms!” I am pretty sure it was not what they meant.

Pittsfield, IL, where the sand-stone and brick built Pike County Courthouse resides, has some real history associated with it as it was frequently visited by Abraham Lincoln when he was a lawyer from 1839-1858. The current courthouse was built in 1894. The courthouse may be best known for hosting the 1937 trial of Reverend Newton who was accused of murdering a “lady friend and parishioner” whom he was having an affair with and throwing her body off the Hannibal Bridge over the Mississippi bridge. 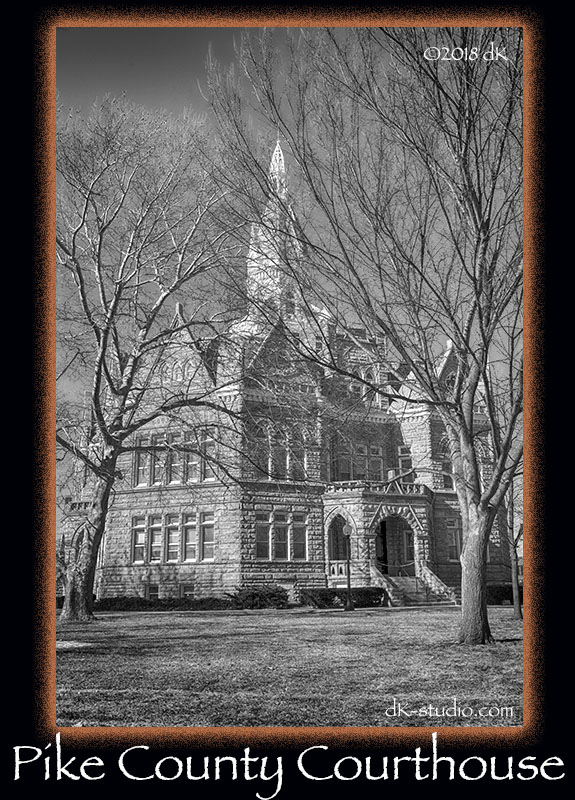 My lawyer, Mr. Walker Filbert, took a little time out of our planned court date to give us a tour of the building and point out many of the historical artifacts that are housed in the courthouse including a photograph of Abraham Lincoln, a tunnel that was used to transport prisoners back and forth from the jail, the Law Library and a sawed off shotgun that was used in a local robbery. Of even more historical nature are the many stain glass panels that sit above each window and decorate the transforms which are known to have been made by a journeyman in the early stages of his career that eventually went on to become a very famous stain glass artist in Europe. 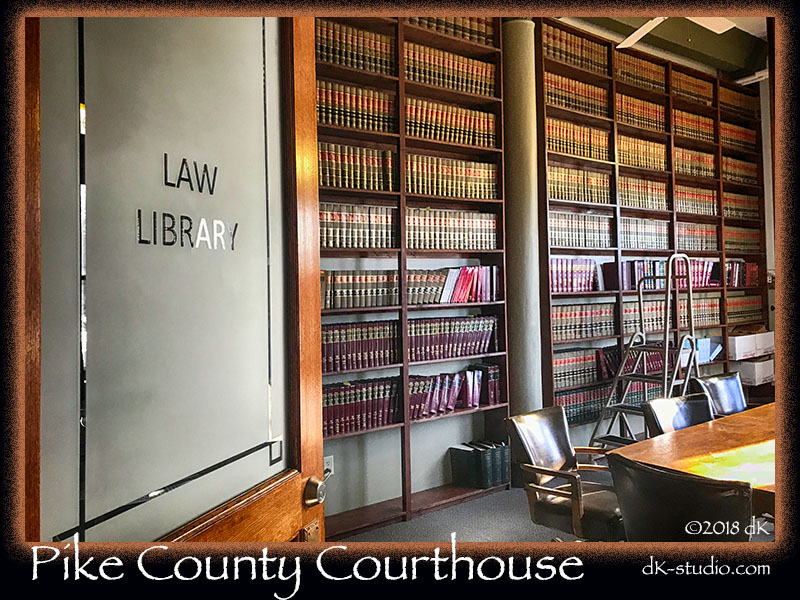 The most impressive view in the octagonal shaped courthouse may very well be the view of the rotunda. As you look up you see the railed opening of the ceiling onto the second floor and the oak spindles lining the stairs. The elaborate design of the cathedral stained glass high in the dome spreads light throughout the courthouse.

Other than the unfortunate experience of having to put a friendship on the line in court, I was able to get to spend some quality time during the rest of my stay in St. Louis with great friends that I had met through the workshops and maintained lasting friendships with. On the way home, after the court experience, we stopped in Louisiana, MO to enjoy the “best catfish in town” as advertised at Fat Boys café. And to say the least the catfish fritters were quite tasty. All in all, the trip had many more “pluses than minuses!” Enjoy!