A very Happy Monday morning to you and happy day before “Fat Tuesday”. You know they are going to rocking in Nawlens!

A month or so ago I received an email from a friend of mine saying that she was going to be in a community play in Gulf Shores, AL and asked if I would be interested in coming down. As most of you know I am up for any excuse to travel to the panhandle. So knowing I had a few open days before I was going to be on travel, I said yes, sign me up. It appears that DeAnn and her husband David Milly have found a fit in the community since moving to Orange Beach and the play is an annual production hosted by a group of visitors that travel a little further than from “northern Alabama”. On the night we went she indicated there were major flaws but I enjoyed it and would have not known the difference.

In addition to the play invite I knew there were friends of mine, Kim and Henry Garrett, that had made the journey down to the coast in their sailboat from the shoals area. They had begun their journey back in November and were on the tail end of the trip before pointing their hull north and heading  home. I was actually able to get over and go out on a day sail with them. You never know if the wind will be blowing and sure enough it was the one day with very little wind but it is better than any day in the office. I captured the boat reflection while sitting in the Palafox Marina and Yacht harbor. 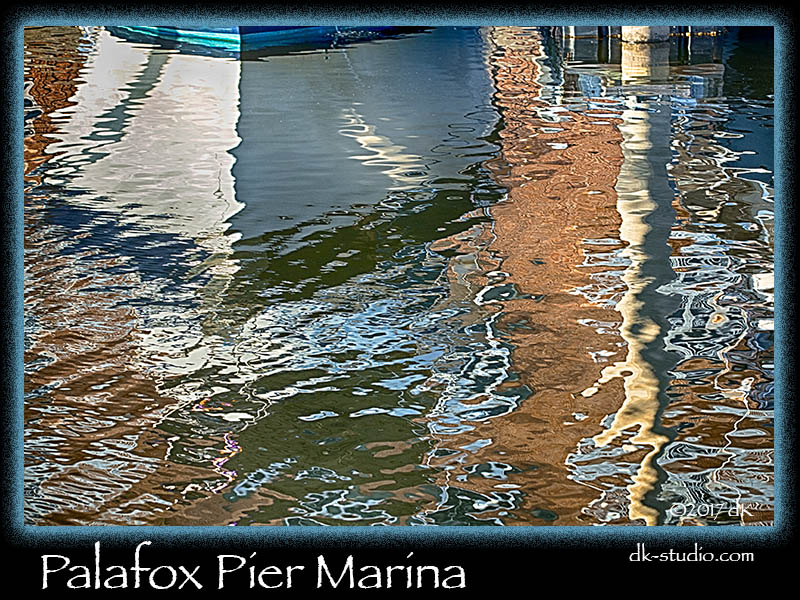 With their invitation to go day sailiing, there was also an FYI that Pensacola was hosting one of their Mardi Gras parades downtown that evening and we should just make a full day of it. Who doesn’t like a good parade so it was an easy YES! As we made our way up Palafox to one of our favorite watering holes, the streets began to fill up with “hunters of the beads!” By the time we finished our pre-celebration happy hour the streets were lined with the treasure hunters and beads were flying.

I must say I was very impressed with the number and style of the floats in the parade. Nothing compares to the padgengtry in Mobile or New Orleans but it was a good representation of the coastal celebration and beads were plentiful. So plentiful that I found myelf dodging and weaving to avoid getting hit in the head by them. Of course I did take some time out to grab a few for myself. Who doesn’t love to be adorned in vibrant Mardi Gras “loot”? To the winner go the spoils, Enjoy!! 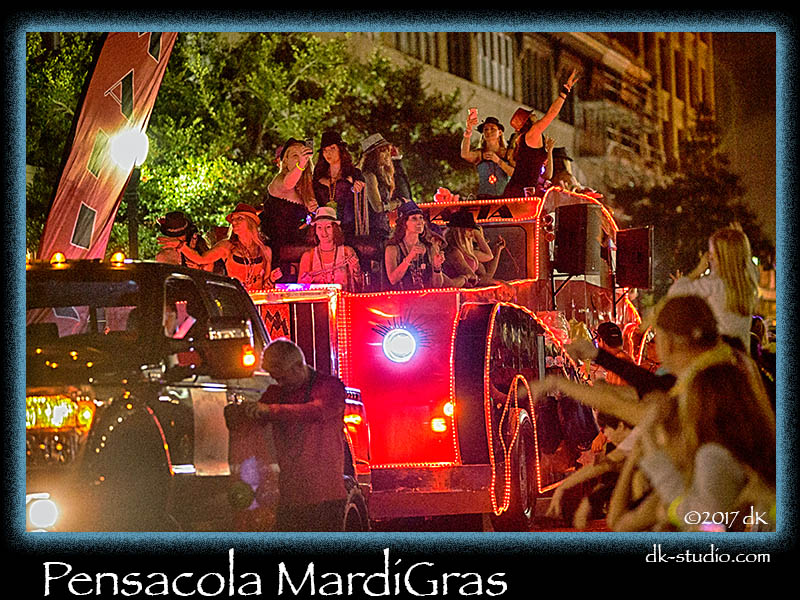