A very good Tuesday morning to you! I hope you were able to get out and participate in the Memorial Day weekend celebrations.

I traveled to Arizona last week to attend my great nephew’s, Michael Wajszczuk Hughes, high school graduation from Westwood High School in Mesa, AZ. Michael’s graduation was held May 24 on his high school’s football field with over 500 other graduates. He was the first of my great nephews and nieces to graduate from high school and receive a diploma.

While visiting Arizona I had a leisure day and decided to take a road trip south to Bisbee, AZ with my former assistant Herb Stokes who lives in Tempe, AZ and now owns his own studio. We had been talking a long time about making the trip and decided to take advantage of the one free day. Bisbee is a very eclectic art community and once we arrived it was everything we expected it to be. My plan is to give you the “Full Monty” of that visit on a future blog.

As we headed home I mentioned stopping by an old Spanish mission just outside of Tucson to take a few photographs. I had visited the Mission San Xavier del Bac once before and felt it was worthy of another look. The mission was originally built in 1692 and the current structure was rebuilt in the late 1700 after an Apache raid razed it in 1770. 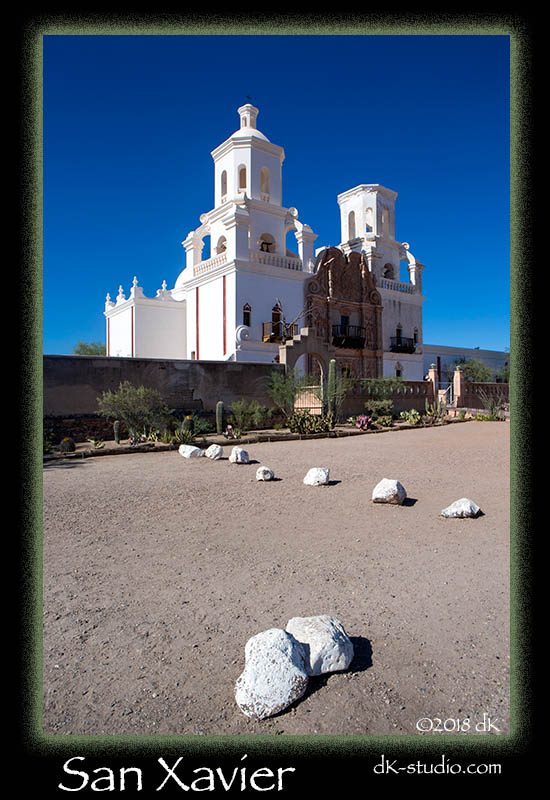 The mission was named for Francis Xavier, a Christian missionary and co-founder of the Society of Jesus in Europe. The beauty of the mission is in its elegant white stucco exterior with an ornately decorated entrance and is considered to be the oldest European structure in Arizona. The interior is a display of paintings, carvings, frescoes and statues that reflect a mixture of New Spain and Native American artistic motifs. The floor plan resembles the classic Latin Cross with chapels at either end.

Unlike many Spanish missions in Arizona, San Xavier is still actively run by Franciscans and continues to serve the Native community while hosting over 200,000 visitors a year – well 200,002 this year. 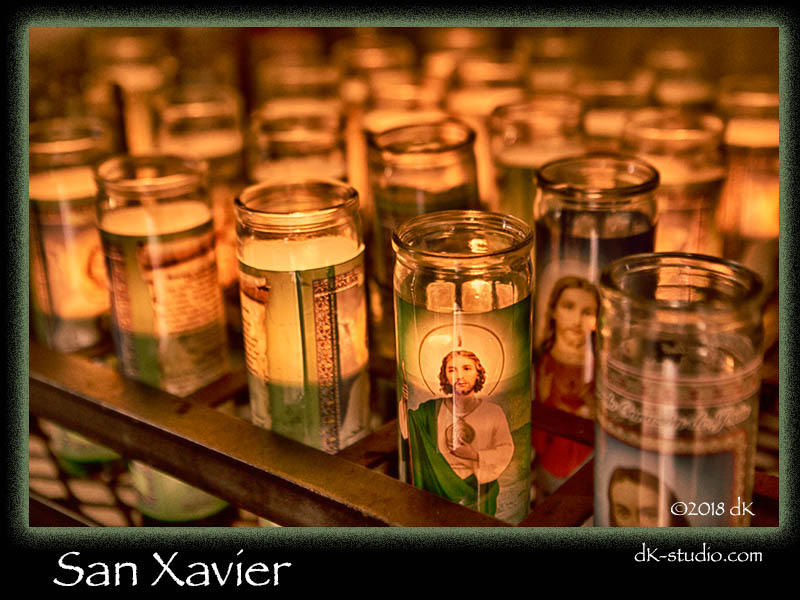 It is easy to understand, as you walk around the mission, why it is considered to be the finest example of Spanish mission architecture in the United States with its brilliant colors and complex religious designs. Not much has changed since my first visit to the mission but it was worth every bit of a second look. The mission was declared a National Historic Landmark in 1960. Enjoy!!! 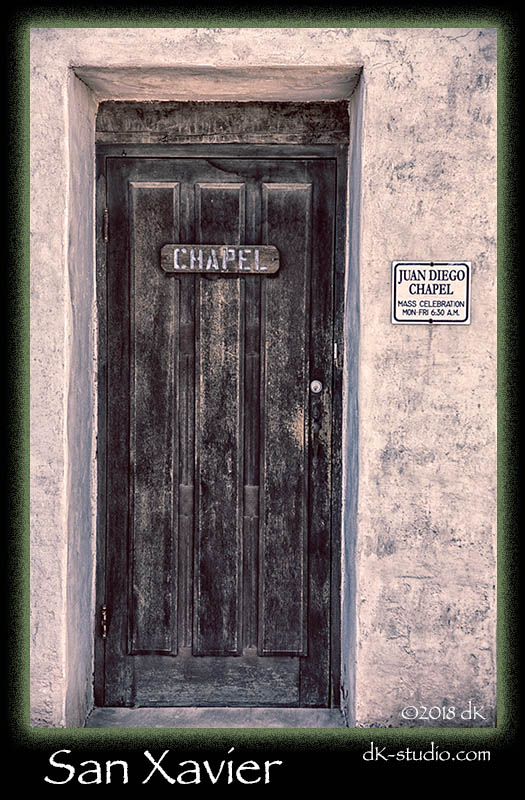