Hello and a very happy Monday morning to you all! For those that may have been wondering where my blog or I have been, well October was a busy travel month and traveling just got in the way of writing but luckily not in the way of photographing. So, as the saying goes, “We got a whole lot of catching up to do.” And oh by the way – Happy Thanksgiving!

October had me in the air and traveling to three different states to do photography. The first of the month I headed to Pittsburgh, PA and from there it was on to Maine (a birthday present to myself) for 10 glorious days and finally ended up on the east coast of Florida in Jupiter. To say the least, it was a huge change in scenery as I made my way through the airports and from city to city. I am not sure why it all fell into the month of October but it did.

For the sake of getting somewhat back on track I thought I would first share my travels to Maine as I just happen to arrive during the peak of fall colors and it is one of my absolutely favorite states to visit and photograph. I have visited numerous times shooting for magazine but when I got an invite from my good friend Linda Taylor, who spends two seasons in Maine as an Educational Park Ranger at Acadia National Park, I jumped at the chance to return. What better way to see Maine then having a wonderful park ranger and guide to show you around?  And around we did from Portland all the way north to Eastport and taking a side trip into Campobello, Canada. Our first stop was the Portland Light House. 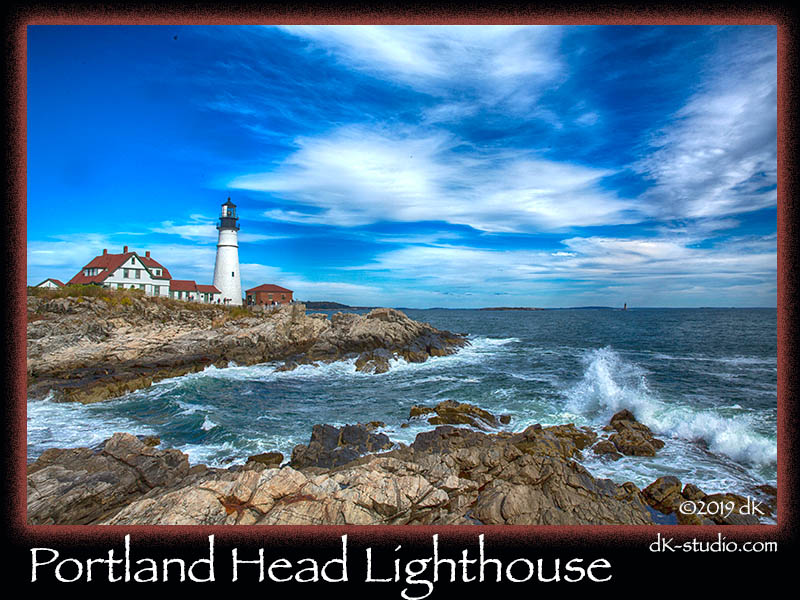 Up the east coast we drove on the coastal highway US1 arriving in the Bar Harbor area where I got to spend a couple of days exploring Acadia National Park and the surrounding towns. Did I mention it was the peak of the fall season?

Acadia National Park is one the top 3 most visited parks in the United States and during the fall season the roads in and out are jammed with tourists trying to capture their fair share of the fall colors. It goes without saying that the coastal views are quite spectacular as well. 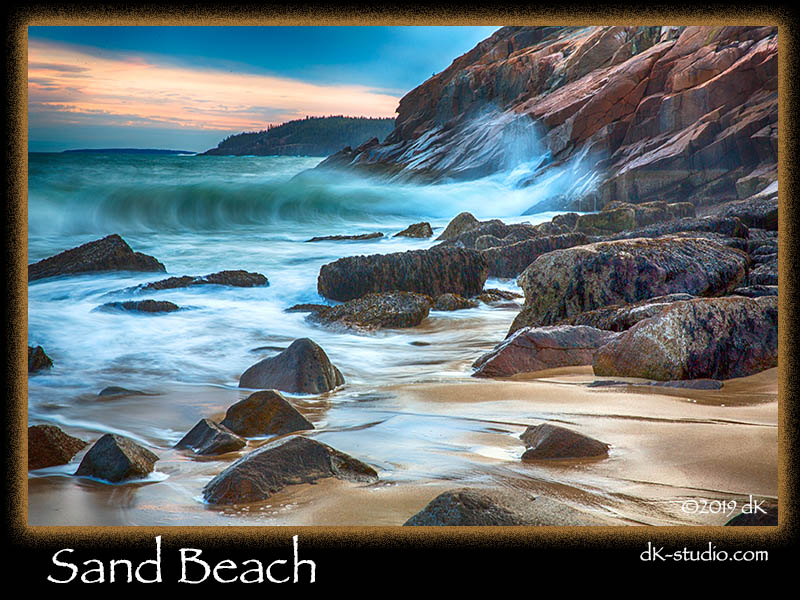 After exploring Acadia for a few days, it was off on a fabulous road trip heading north to capture all of the majestic beauty of Maine we could. Linda is an avid photographer and was able to offer much insight on where we should go but more importantly where we should land to eat and drink. Maine Lobster, Lobster rolls and Clam Chowder were high on the list and the local beer were a prefect pairing. One of our first stops on our way out of Bar Harbor was an historic area called Stone Farm Barn which is listed on the National Register of Historic Places. 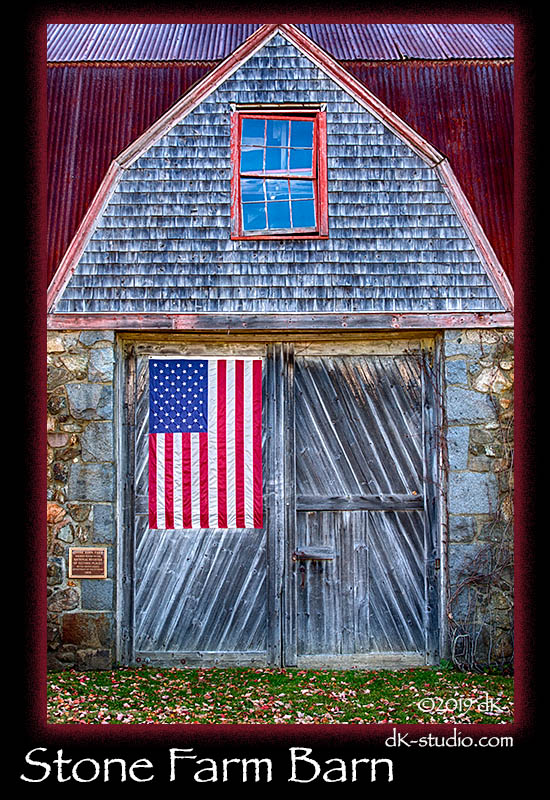 Once we satisfied our visual curiosity it was up the coast and on to Lubec Maine where we were to stay and cross over into Canada for a day on Campobello Island. Lubec is a quaint little town that sits on the coast directly across from Canada with lodges, restaurants and art galleries. We ended up staying at the Water Street Inn and Tavern for all the most obvious reasons – great food, exceptional view of the harbor and Canada and the genuine hospitality of the owners and staff. We actually enjoyed it so much that found good reason to spend another evening in Lubec. 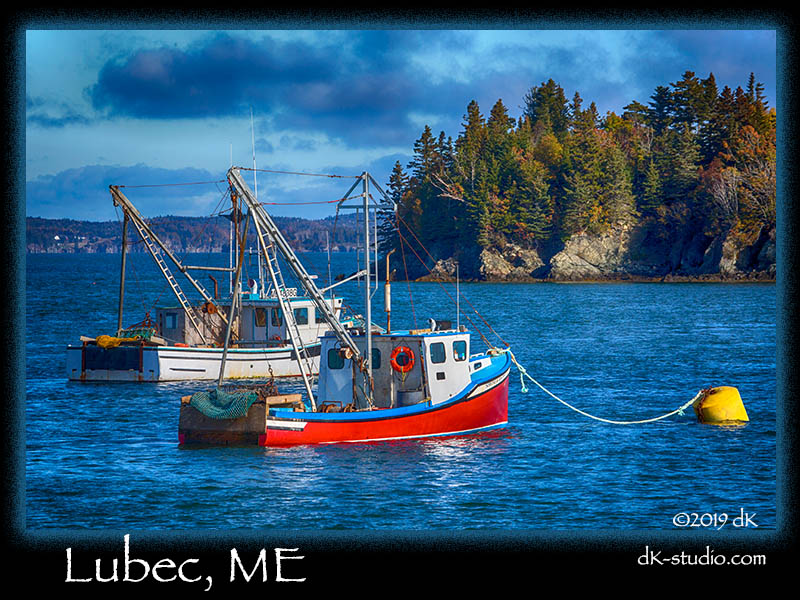 The day trip over to Campobello was spectacular and by merely crossing a very short bridge spanning the harbor we found ourselves at the Canadian / U.S. border being asked for our passports. What an amazing day of running from harbor to harbor, fishing vessel to fishing vessel and driving through Roosevelt Campobello International Park. The park is named in Honor of President Franklin D. Roosevelt who summered on Campobello Island and where his summer cottage still remains. Two of my favorite places Liberty Park where we enjoyed a rather welcome toast to the trip and the beautiful lighthouse, Mulholland Point Lighthouse. Built in 1885, Mulholland Point Lighthouse served as a guide for the many small coasters, passenger ships, and freighters traversing the narrow Lubec Channel en route to or from the United States or Canadian ports on Grand Manan. 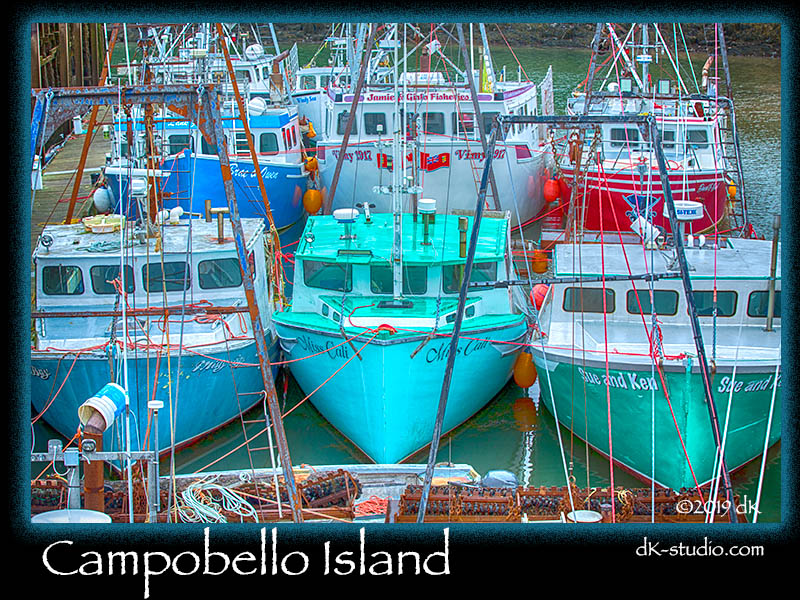 Like most trips it began as an eternity and then ended way too soon. As I said, Maine is one of my favorite states to visit and photograph and there is just not enough space to provide all the details of the trip. Satisfy it to say, it was a glorious two weeks chasing lighthouses, lobster rolls, lobster pounds and captivating harbors with all the variety of vessels one could image. But the icing on the cake was to be there during peak fall color. 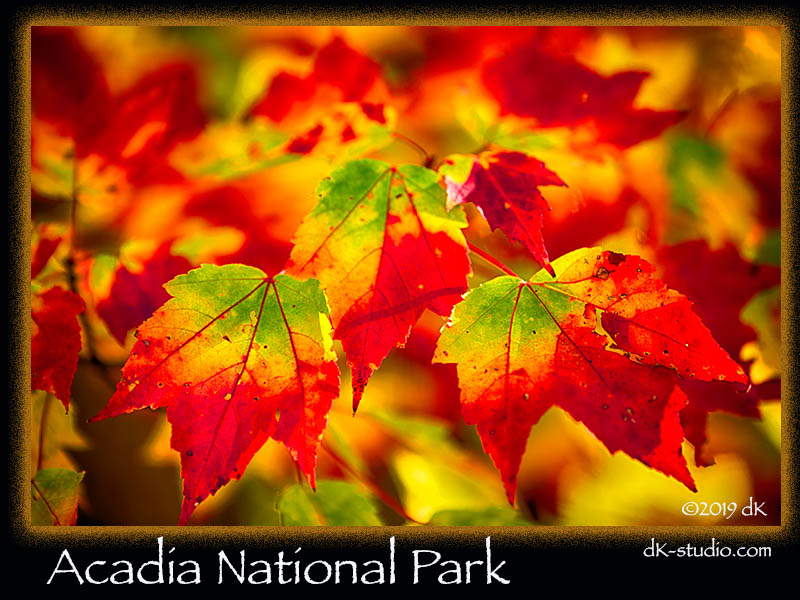