Unless you were sleeping under a rock, this weekend was a weekend of weather perfection. Thank you Mother Nature … but then … comes Monday!

They come from distances near and far with dreams of exploration and instilled with hope and pride. They walk tall and speak a language foreign to most of us. They comprise over 80 teams from 22 states and 6 foreign countries of enterprising future engineers from high schools and colleges. They are the new breed of astronauts, participants in the Great MoonBuggy Race held each year sponsored by NASA’s Marshall Space Flight Center and hosted at the U.S. Space and Rocket Center.

The competition commemorates the achievements of NASA’s Lunar Roving Vehicle and this year was the 40th Anniversary of the inaugural trip on the Moons surface of Apollo 15. The goal of each team is to design, build and then reassemble a two-driver buggy capable of navigating a challenging course that simulates the harsh, rocky lunar surface while incurring the least number of course violations that result in penalties to their final score

This year’s competition included a very special spectator. Astronaut Charles Duke, the Apollo 16 Lunar Module pilot, who along with Astronaut John Young logged over 20 hours driving a Lunar Rover on the Moons’ surface in April of 1972.  When asked if he was tagged with any penalties (like the MoonBuggy participants maneuvering the course) while commanding the Moon buggy, he replied, “We pegged the needle a few times but no speeding tickets.”

The Great MoonBuggy Race is a testament to the ingenuity and desire that students around the globe exhibit today for the Space Program. I just hope we still have one when it comes their time to fulfill “their dreams.” 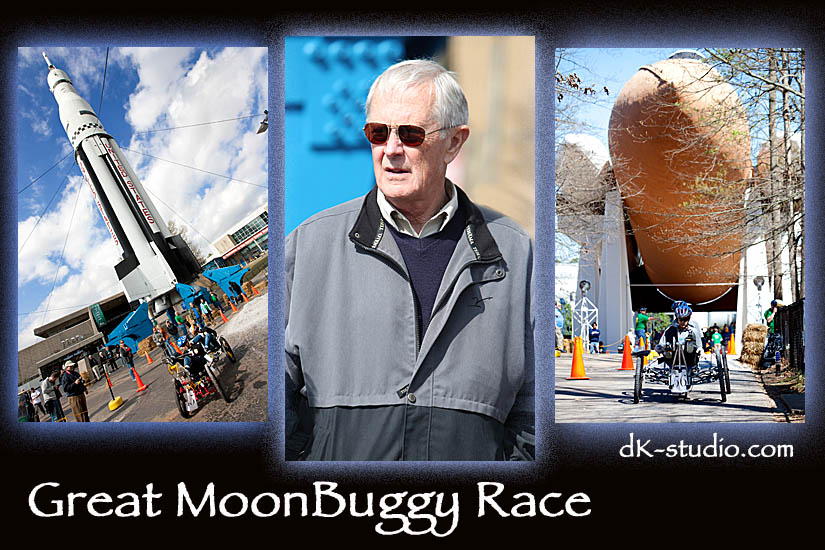 Looking for stock imagery, art for corporate or private collection, we may just have the image you are looking for. Images displayed in the blog are available for purchase along with thousands of other stock images we maintain.