A very happy Monday morning to you all! I trust you dodged the rainstorms and found a few rays of sunshine to brighten your weekend!

As I mentioned in my blog last week, I had traveled to Arizona to attend my great nephew’s, Michael Wajszczuk Hughes, high school graduation. On one of my free days I took a trip south with my former assistant Herb Stokes to Bisbee, AZ an eclectic southeast town in the Mule Mountains. Bisbee was founded in 1880 as a gold, silver and copper mining town but with the decline in mining precious metals over the years; the mine operations were finally halted in 1975 leading the town to develop into a tourist destination. John Wayne was a frequent visitor to Bisbee and eventually became an avid real estate investor in the area.

Located just a short distance from Bisbee was another sizable mining town named Lowell that was incorporated in the 1900s. In the 1950’s the excavation and expansion of the Lavender Pit mine consumed the majority of the original township. Losing most of its residents due to the lack of housing and the decline of job opportunities caused businesses to struggle and finally fail. Lowell now basically consists of one street named Erie Street. Most of the businesses are vacant and rusting cars, trucks and an old Greyhound bus sit deserted along the sidewalk giving cause to reflect on an era that has passed. 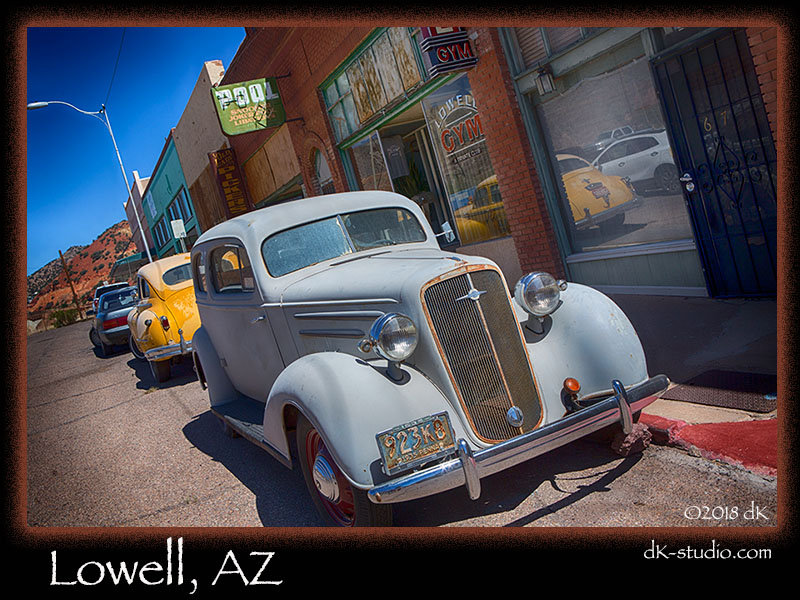 A publication says, “Visiting Erie Street is like walking into a 1950s post-apocalyptic landscape”. From all that is immediately apparent, it could have been abandoned in a hurry and forgotten for half a century.” Today, the street’s special novelties include a Harley Davidson repair shop, old gas pumps and a department store that is empty except for a few appliances and a pile of manikin parts in the display window. 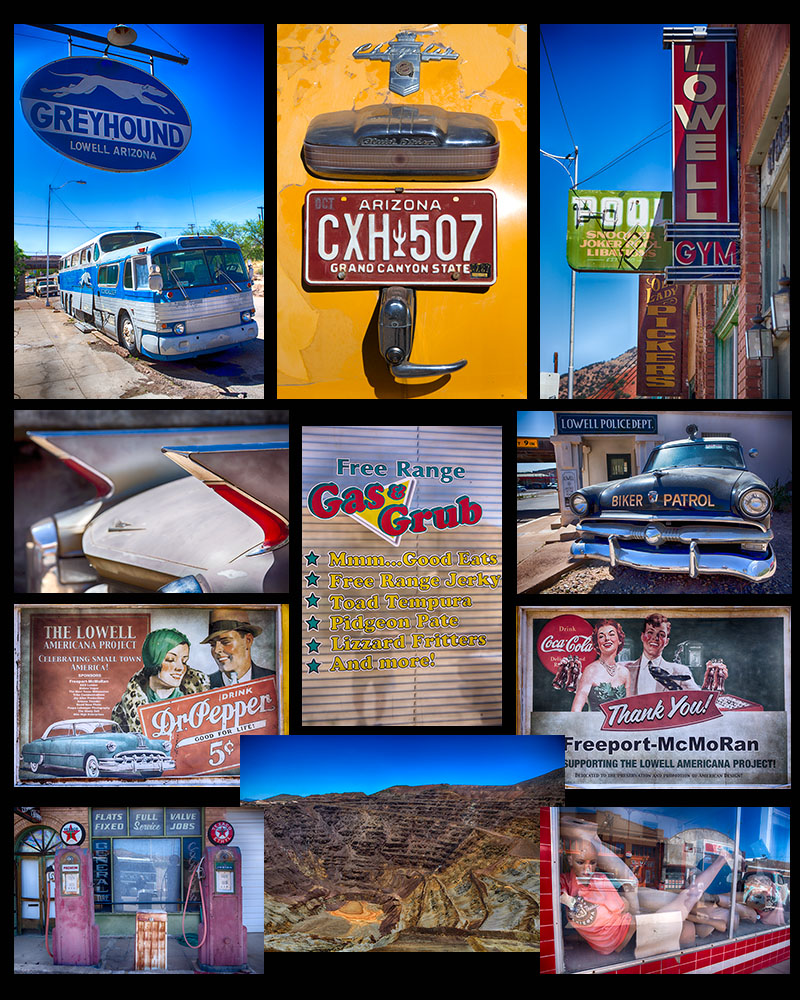 One of the lasting and best parts of the town is the Bisbee Breakfast club that serves breakfast and lunch decorated a large amount of Harley Davidson and Indian merchandise and motorcycles. Speaking with a few of the locals we found out that the street is an ever changing landscape of revolving antique cars that beckons back to a different era. The residents and volunteers that maintain the streets persona are part of the self-proclaimed Lowell Americana Project. Enjoy your trip down memory lane!!! 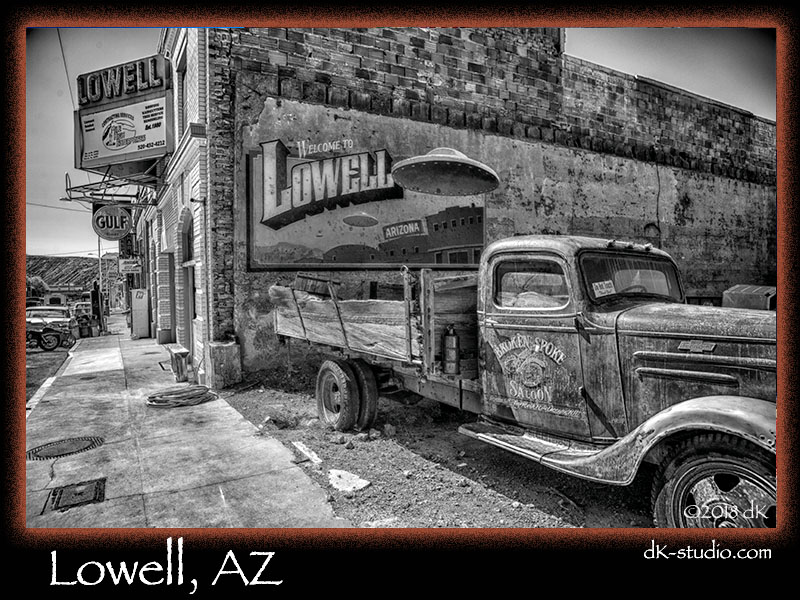