A very Happy, cold and dreary Monday Morning to you all! It is Alabama and they saying goes, “If you do not like the weather give it a day and you will most likely like it less!” I am so ready for dry warm days!

Over the weekend Huntsville paid tribute to New Orleans by hosting our very own Mardi Gras. Unlike New Orleans, where it goes on for days, ours was a one day celebration highlighted by a parade that lasted a little over one hour rambling through the streets of downtown. Not to say that is a bad thing because it was a very a festive time with those standing on the sidelines collecting their fair amount of booty. Huntsville designates areas that are “throw zones” where the parade participants can throw beads and other items. 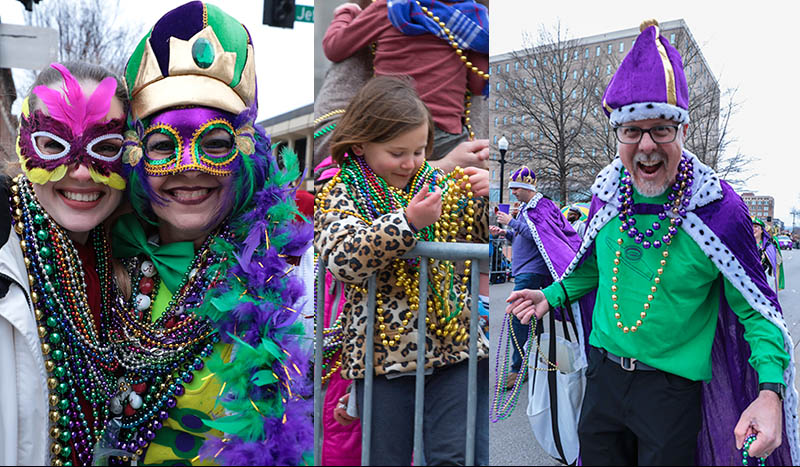 Although not the magnitude of a Mobile or a New Orleans, the festivities and the parade are full of frivolity and this year it was in full force in spite of the cold and the potential threat of rain. It is always a pleasure to see the joy and excitement in the children’s faces, as well as, a few adults that may have already tipped a pint or two in support of their WhoDat pride! 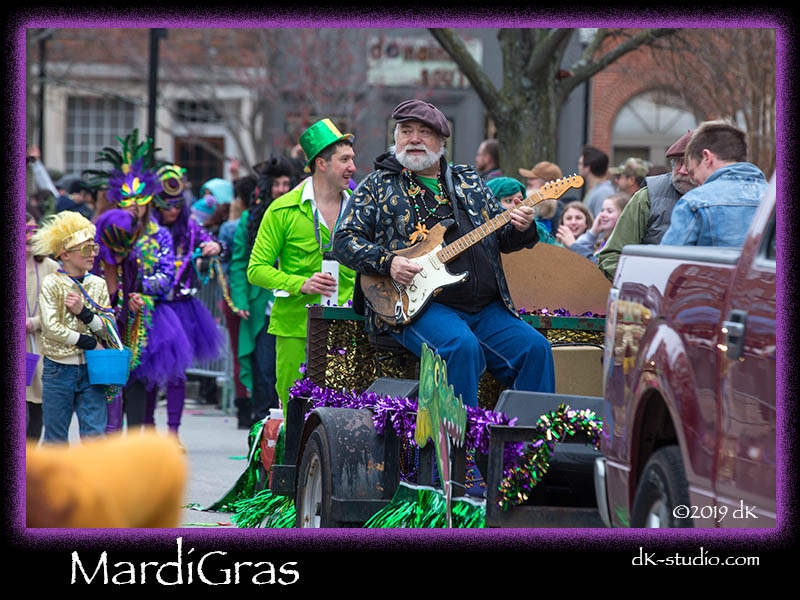 Mardi Gras is a tradition that dates back thousands of years to pagan celebrations of spring and fertility, including the raucous Roman festivals of Saturnalia and Lupercalia. The first American Mardi Gras took place on March 3, 1699, when French explorers Pierre Le Moyne d’Iberville and Sieur de Bienville landed near present-day New Orleans. They held a small celebration and dubbed their landing spot Point du Mardi Gras. Although Huntsville lacks in the length and history of the event we do have our moments and parade favorites. Microwave Dave and the Nukes traveling the route sharing their New Orleans musical flare. The other crowd favorite is the very pink and very colorful Cotton Candies. They seem to grow in beauty and numbers with every parade. It is not a Huntsville parade without them. 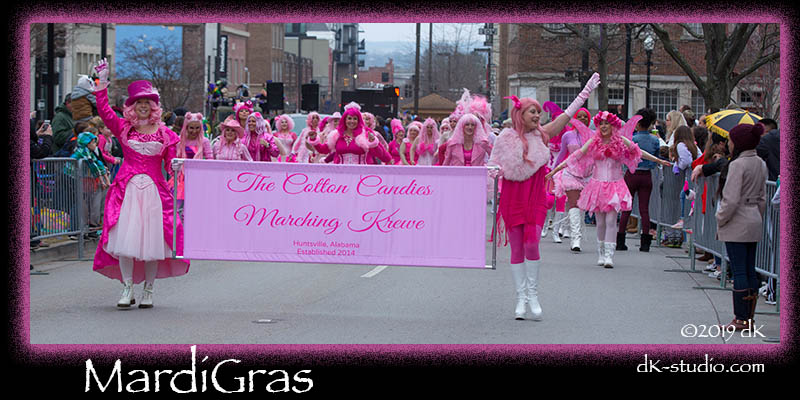