A very good and chilled Monday morning to you! I think the weatherman finally got one right with their weather prediction on the arrival time and amount of snow of our first winter storm. It wasn’t a huge snow nor did we get the ice on the roads we normally get but it was our first snow of 2016. I know that the grocery stores were very appreciative.

Growing up in Florida, snow was something I just did not encounter. Shorts, sandals and suntan lotion were my clothing mode of choice during the winter months. Watching everyone during winter having fun making snowmen, sledding and having snowball fights just made me jealous. Moving to Alabama changed all of that. When it did snow it brought the inner child out in me and I must admit that after all of these years, nothing has changed. I find myself, no matter the temperature or amount of snow, needing to get out and capture the beauty of the moment!

As the snowflakes began to fall Thursday I grabbed all my gear, wrapped myself up and headed downtown. As I walked around the streets the snowflakes were large, wet and the wind was swift and bitter. The streets were mostly vacant and with little snow accumulation, I decided to head to a destination I have photographed many times before, Maple Hill Cemetery. 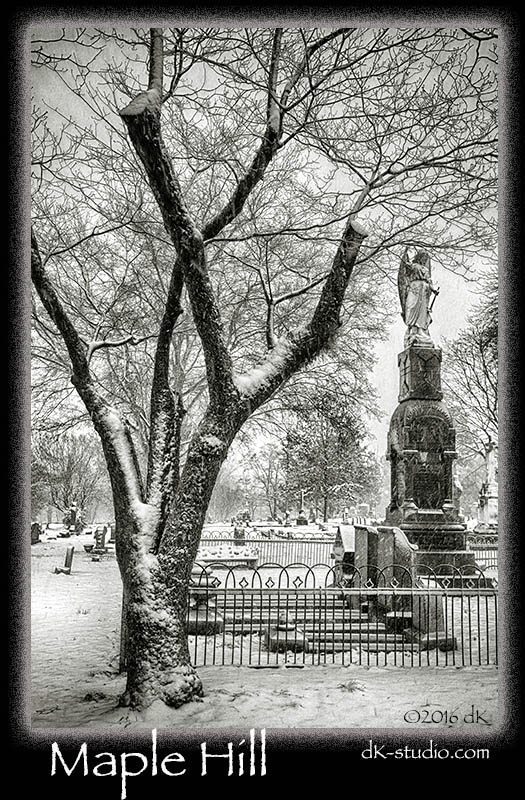 I am not quite sure why there is such an attraction, but I do know that the cemetery takes on a totally different persona and personality for me when the headstones are covered in a blanket of snow.  The initial blanket of snow was just enough to alter the look of the cemetery and the headstones. I find it to be very pacifying and there is a visual serenity that whispers a desire to be captured in all of its snow-covered splendor. As the light slowly drifted into darkness, I left with a feeling that I had captured a moment that would not be with us for long. 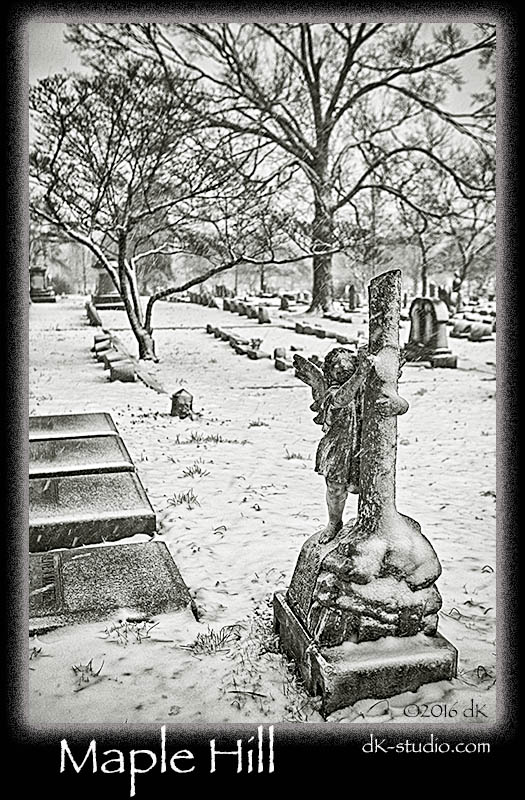 With one day behind me and another day of promise I got up early and decided to head north to southern Tennessee, stopping along the way at a few spots that I felt might make for interesting photographs. As I traveled I-65 I decided to jump off the interstate and take a rural back-road to see what I might encounter. You just never know what you are going to come across and I must admit there were moments driving the snow covered road and going up and down the hills that I was second-guessing my road trippn decision. Had it not been for one set of fresh tire tracks, I would have most likely given additional consideration to my very questionable adventurous decision.  As luck would have it my prize was just on the other “side of the mountain.” I came across a series of abandon houses and old barns left for Mother Nature and time to take its’ toll. They were the type of scenes that made the day’s photographic journey worth all the anxiety of potentially ending up in a ditch. With the light, once again, beginning to fade in the west I decided it was time to collect my visual bounty and begin the journey home. After being out in the cold all day, I knew that a warm fire and a stout libation were calling my name. I headed south with the feeling that this was most likely not the last snow I would see this year. ENJOY!!!! 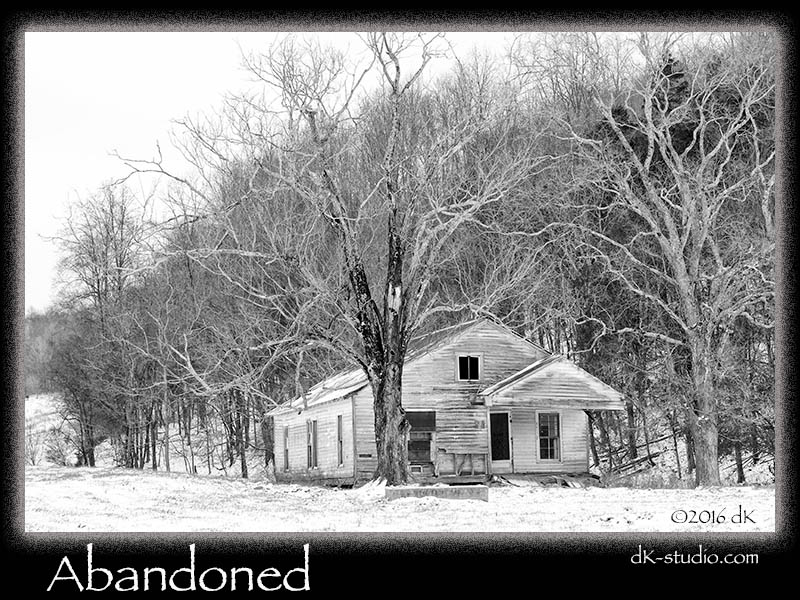 For all of your stock imagery needs whether it is art for editorial, corporate or private collection, look no further! We may have exactly what you need.  Keep us in mind for any upcoming assignments you may have.