I Could Not Ask For More

A very happy Monday morning to you all. I hope in spite of the weather predication of scattered showers from 60% – 90% for the weekend, that you were able to get out and enjoy everything the weekend had to offer which on one note was quite a bit of local music.

This past weekend the Land Trust of North Alabama held it’s final 2018 summer concert at Historic Three Caves featuring Huntsville’s very own, Ms. Amy McCarley opening up for the legendary pop rocker Edwin McCain. The weather for the outdoor event was looking bleak for the Saturday night concert with a Friday prediction of a 90% chance of rain. As the chairman for this years’ concert series, any prediction for potential bad weather is a major concern when you are hosting an outdoor event and Three Caves has it’s own logistical issues even in good weather. Our game plan was to hope for the best and do everything we could in our power to prepare for the worst as we began the total transformation of bowl of the caves. It takes an army of volunteers and months of preparation to configure the former Limestone quarry to host 850 people for the concert including setting the stage, putting in the seats and bringing in vendors to accommodate the event. 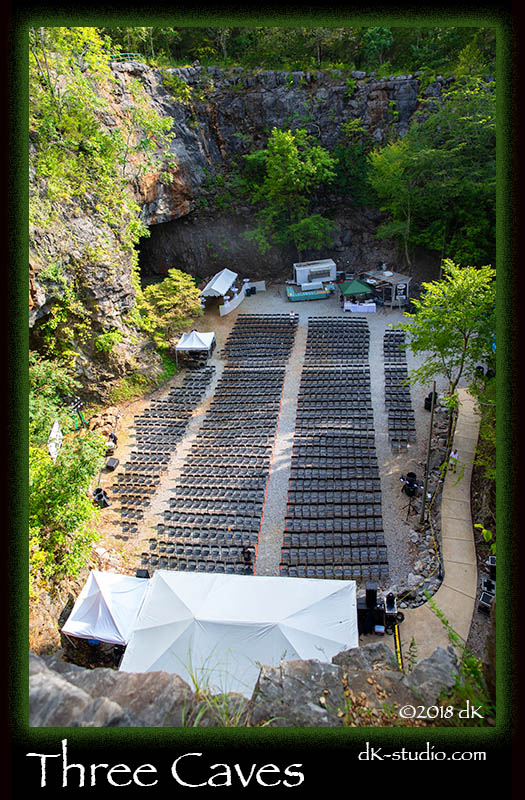 Friday was kind to us but as the sunset we were treated to huge rainstorm that left us wondering just what Saturdays weather was going to entail? I arrived Saturday morning with my customary Krispy Kreme doughnuts and coffee for the crew and volunteers and began the “weather watch” on as many weather apps as we all could muster. Adam Dumbacher and the BlueWood Productions sound and lighting crew were already on site setting up and preparing as much as they could for the possibility of a downpour or the advent that we might just be spared. Humphrey’s Bar and Grill, our on-site caterer, began their early morning preparations knowing that they could be feeding 800 people or there might just be a hand full of drenched fans weathering out the storm in hopes that the “show must go on!” As the day progressed and the bands began arriving for sound check, a glimmer of hope and the hushed words that the prediction of rain was lessening began creep around the cave. The weather apps brought smiles to our faces and a sense of relief that we just might make it to the evening without getting wet. 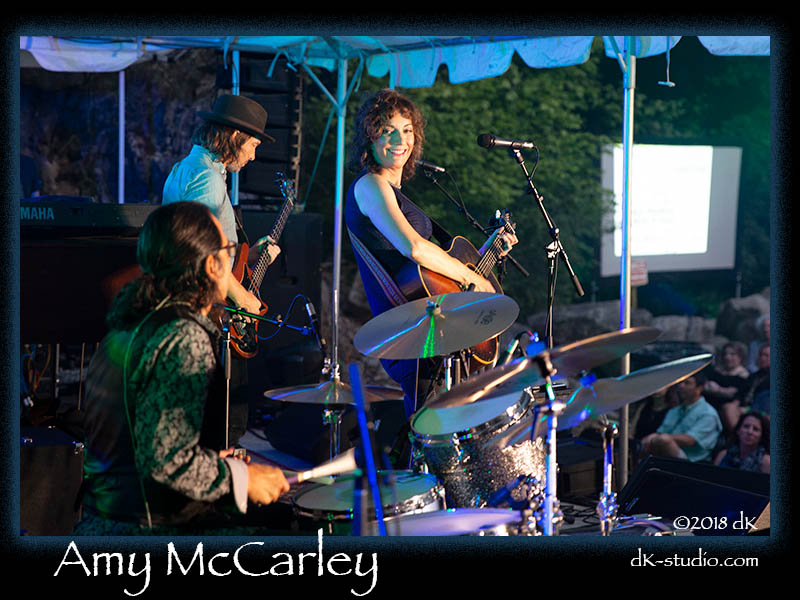 We knew we had made its when the first bus load of concert goers started to arrive around 5:30 pm and the weather prognosis was down to no more then 20%. For all the hard work in preparation of the potential of a rainstorm, we once again were able to dodge the bullet. The show open up with a rousing set by Amy and her band and a huge sigh of relief was heard by any and all that stood close to me. As the sunset set and darkness took hold, the caves once again turned into a magical and mystical music wonderland thanks to the lighting and sound crew. Amy and her band held the audience captive with each and every note. 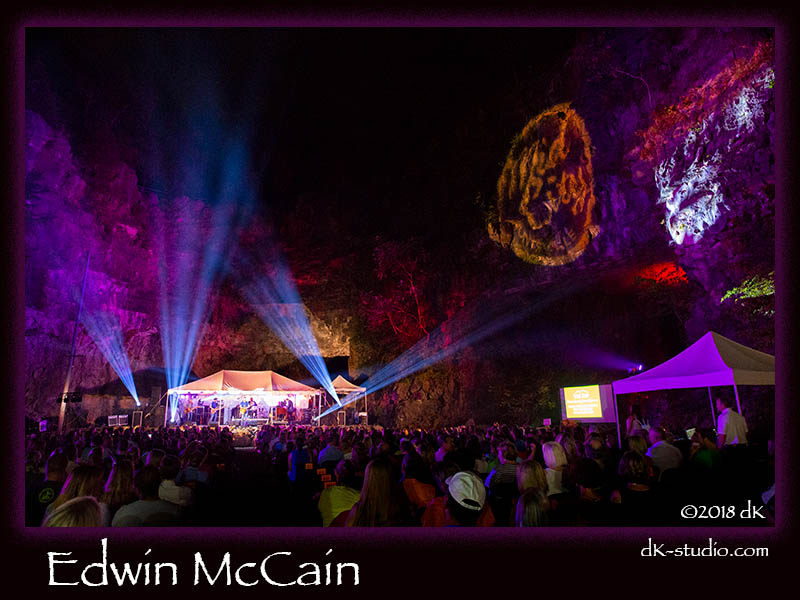 With Amy’s set in the books it was time to bring on Edwin McCain and let him lay his musical magic on the crowd. Most of the audience was there in anticipation of singing along with his two top forty hits, “I’ll Be and I Could Not Ask For More” but I think they were wowed beyond belief with his full set list including the very spiritual and emotional rendition of Leonard Cohen’s, “Hallelujah”! At one point during his set he headed into the audience but stopped briefly where I was standing stage left to compliment me on the venue and the hospitality – all while not missing a beat in the song. I was truly taken back by his verbal generosity. He played his full set and then came back out for a two-song encore to the rousing applause and appreciation of the audience who were standing on their feet and enjoying the full vibrato of Mr. Edwin McCain.

It’s hard to describe to someone what it is like and how truly magical the cave events are, especially to those that have never been before. Over half the crowd raised their hands when asked for those who had never been before. Even more , is how gratifying it is to hear the praise from the artist when they arrive and when they depart. Three Caves is a true diamond for the cities music scene and an exceptional treasure for the Land Trust to share with the community. If you have not been to an event at Three Caves, I might suggest you put it as a priority on your bucket list!

At the end of the evening I sat with beer in hand and thought to myself, WOW – “I could not ask for more!!! Many thanks to the staff and volunteers but most importantly to Ms. Sally Warden, my “cave partner in crime” for making the concerts appear to run so effortless and all the success is due to them! Enjoy!!! 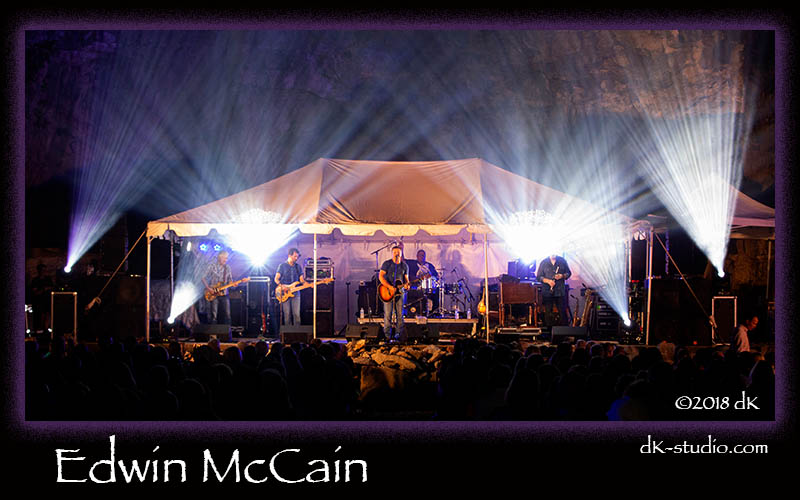