A very happy Monday to each and every one of you. It was glorious fall like weekend in the neighborhood!

There was so much going on this past weekend in Huntsville that you needed a scorecard and a calendar to attempt to keep up with everything. If you found your self downtown it was hard not to have noticed the invasion of giant rabbits that found their way to Big Spring Park. Like most that read about it, I was curious to go see the traveling art installation titled Intrude by Australian artist Amanda Parer. Hosted by Arts Huntsville, the public art exhibit is likely to help place Huntsville on the national art map with larger cities such as Seattle, Sydney, Berlin, Denver and Singapore that are hosting the installation. 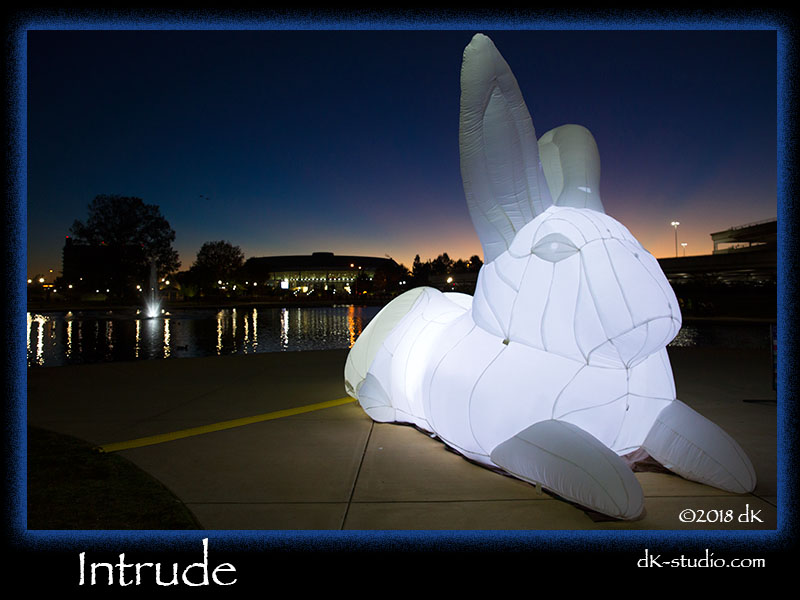 It might come as some surprise to most viewing the art exhibit to the real impetus for the huge rabbits. The artist statement says, “The 23 ft. tall inflatable illuminated rabbits were created by Australian artist Amanda Parer in an effort to highlight the invasive nature of the species in her native Australia. Rabbits were first introduced to Australia by settlers in 1788 and have since caused a great imbalance to the country’s endemic species. The rabbit also is an animal of contradiction. Rabbits represent the fairytale animals from childhood – a furry innocence, frolicking through idyllic fields. Intrude deliberately evokes this cutesy image, and a strong visual humor, to lure you into the artwork and then reveal the more serious environmental messages in the work.” 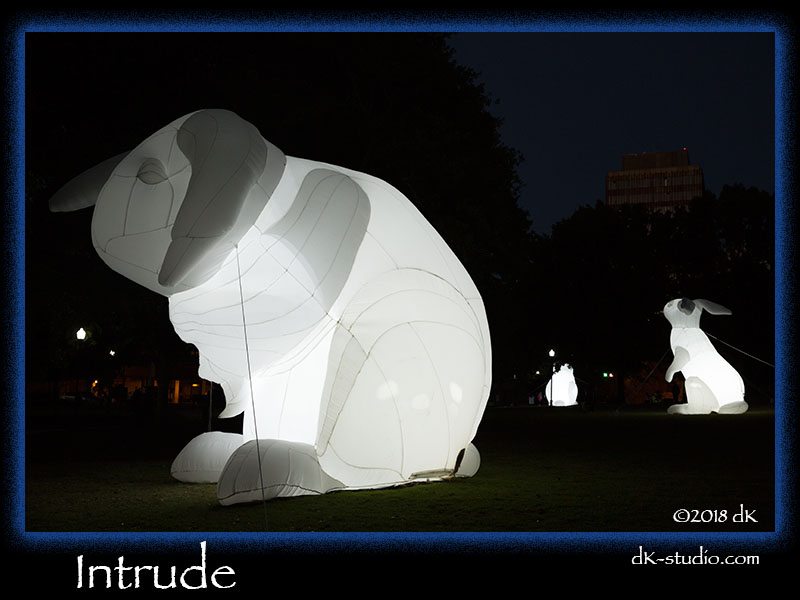 Kids frolicked in and around the rabbits and families took photos as the giant rabbits towered over them. As whimsical as they appeared during the day, they took on an even larger and magical presence as day turn into night and the illuminated giants lit up the park. While walking around the art installation, it was difficult to fathom the more poignant side of the Australians artist statement.

Kudos to Arts Huntsville for their continued vision to foster the arts and put Huntsville in the forefront of the national art scene. Enjoy! 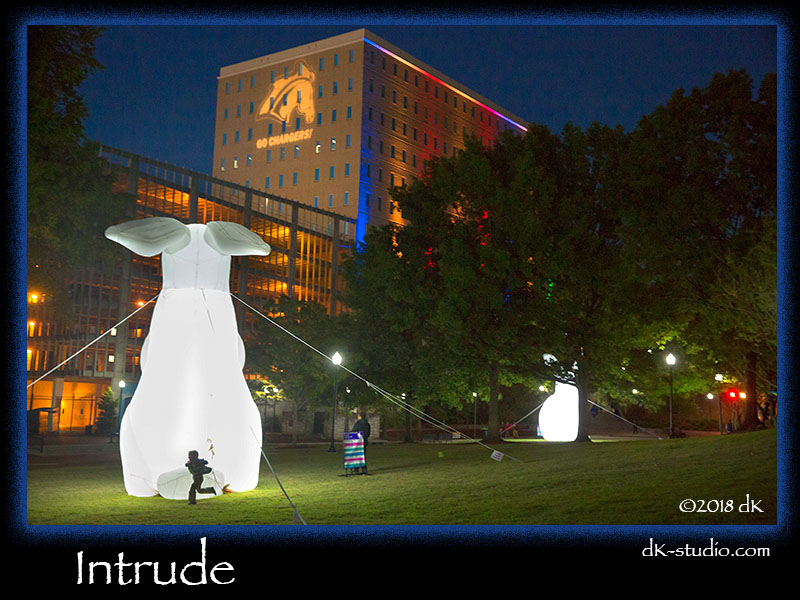