Its Monday Morning and for all that know me know that means I’m sitting in the “crows nest” which I call my office, taking off the edge of last weekend with a Peets coffee in hand. I hope you all are looking forward to a stellar workweek ahead.

When it is good (the weather that is) you know it is good and this past weekend was all of that. With stellar weather all weekend and so much going on in the city, it was virtually impossible to keep up with it all. It was like putting so much on your plate in then attempting to figure just what to consume.

The most interesting and potentially, visually stimulating event was held downtown and titled Light Innovation Technology (L I T). Hosted as collaboration between The Arts Council, UAH and Downtown Huntsville Inc., the visual art project was described as a digital art show or digital graffiti, combining LED lights and Lasers projecting a wide variety of images onto the Central Bank building. Additional locations around the courthouse square were lit with revolving colored lasers including the old Regions Bank and the rock wall behind the Big Spring.

The digital art event was intriguing enough to bring out thousands, both young and old and young at heart to the square and was accompanied by music provided by DJ Papparooster (I know!!) that had people “dancing in the streets! The event was one of those where “you had to be there” to experience the magnitude of the visual display, much less attempt to describe it to someone that was not. 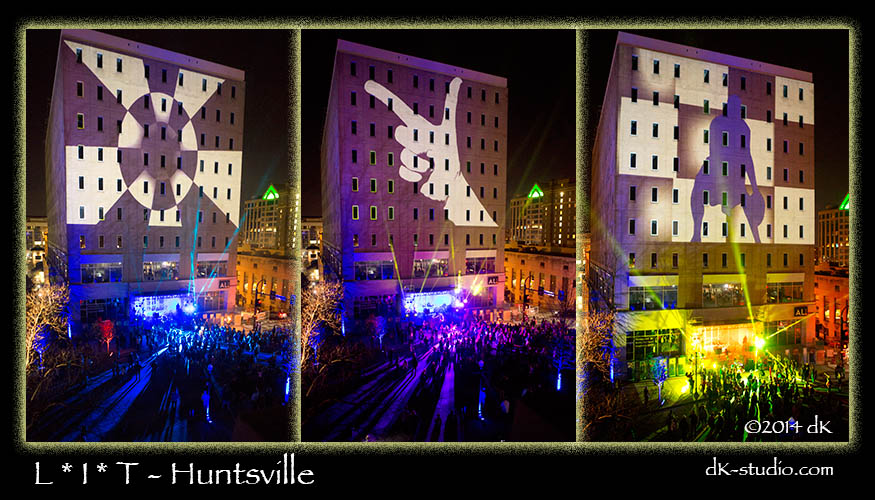 It would be very easy to say that everyone attending was enjoying himself or herself with many suggesting we need to have more events that bring residents and visitors back downtown to the district. A few suggested there was more that could have been done to make it even more festive including street vendors and dining trucks but as a first time event, “Huntsville you have come along way baby!! Big City Attitude with a small town flair. Congratulations to all involved for taking the baby steps that will hopefully prove to the city fathers we may just be growing up! 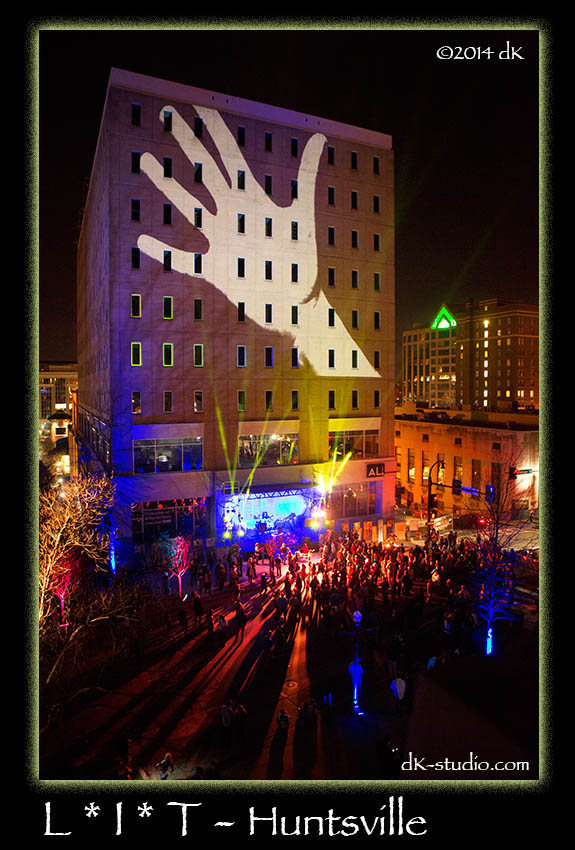 If you are in need of a photographer for that special photographic project or if you are looking for ART for your office or home give us a call.
“Have iPhone, will iTravel!!”