I closed the year out with my annual trip to Mesa, AZ to visit family for Christmas and I am currently in San Diego where I celebrated the New Year with life long friends.

While I was in Mesa, AZ I took off one day to take a road trip with my former assistant and dear friend Herb Stokes and headed to the Apache Trail. The Apache Trail was originally a stagecoach trail named for the Apache Indians that ran through the Superstition Mountains. The 40 mile rugged desert trail runs from Apache Junction to the Roosevelt Dam. The trail begins in Apache Junction where the Superstition Mountain Museum hosts among other things the Elvis Memorial Chapel. 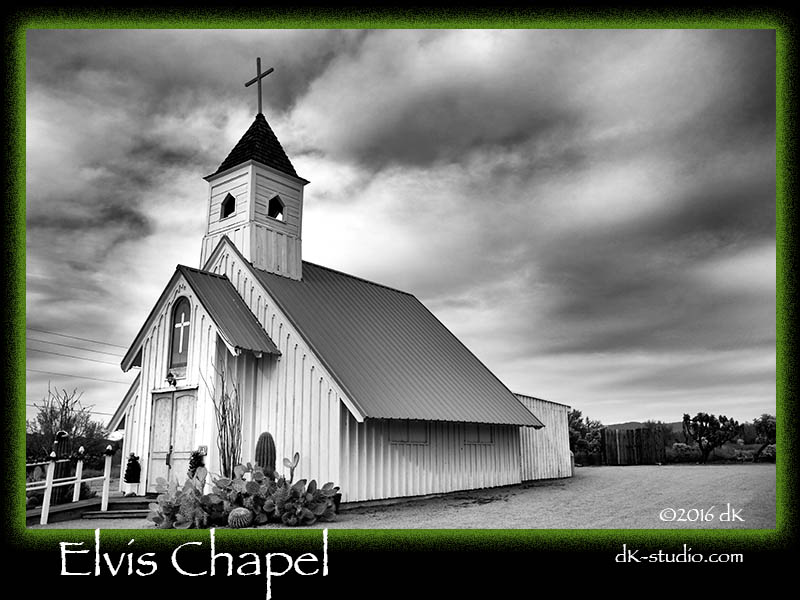 The Chapel was used in many of the Apacheland movies and was built for the Elvis movie “Charro!”. It was moved from its original location to it’s current location on the museum grounds. The chapel plays host to showings of many of those movies and has a life size Elvis statue inside. 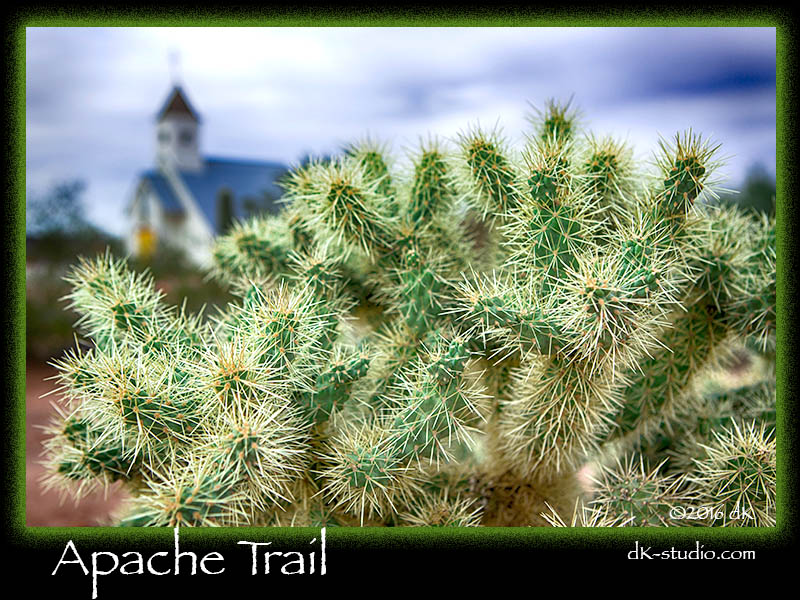 As we headed up the trail we stopped in at the infamous Tortilla Flats Saloon that is world famous for its Chili, Hamburger and the bar stools made with saddles. One-dollar bills are stapled to the walls and estimated to be over 300,000. Quite the retirement fund I would think if the place does not burn down.

Once lunch was finished we headed up the trail only to realize that we were not properly attired for the unseasonably cold weather that was setting in over the area. After a few feeble attempts to capture some of the beauty of the area we realized that Mother Nature was just not going to cooperate. We took a few remaining photographs and decided to call it day seeking a lower elevation and some hot coffee.  One last view of the beauty and do Enjoy!!!! 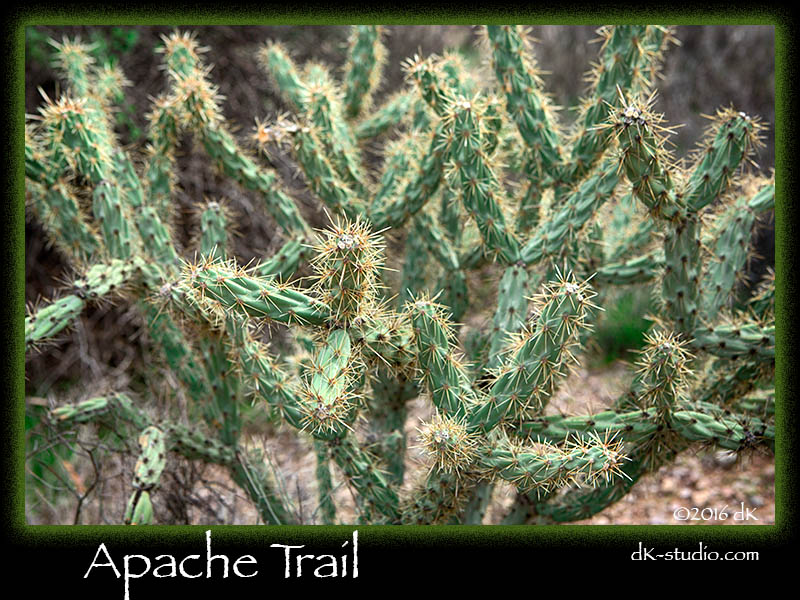