Greetings from Space City USA! I hope you have a wonderful and productive week ahead of you.

Last week I was very fortunate to be on the road traveling to the Gulf Coast to Florida, Mississippi and lower Alabama. Over that 7-day period I traveled to Pensacola Beach, Perdido Key, Moss Point, Ocean Springs and Mobile. I ended up having 8 shoots in six days with the majority being model or magazine related portfolio shoots. My vehicle was a traveling photo studio on wheels, packed to the brim with photo gear. Shooting is the easy part, it is the unpacking, set-up and then the daily repacking that becomes the most tedious part of the job. The reward comes at the end of the day with a beautiful sunset, a cold libation and a bountiful plate of fresh seafood or sushi!

As I closed out the week I headed to Mobile to shoot, spend some time reacquainting myself with the city and catching up with friends. The city has gone through some hard times, recovering from the after math of Katrina but it still has the incredible personality that it has always been know for. Downtown is showing resurgence with new bars, art galleries and restaurants opening up all over with Duvall Street looking like a mini-me New Orleans. To say the least my visit to Mobile was an exceptional one and completed a week filled with photography, friends and great food. 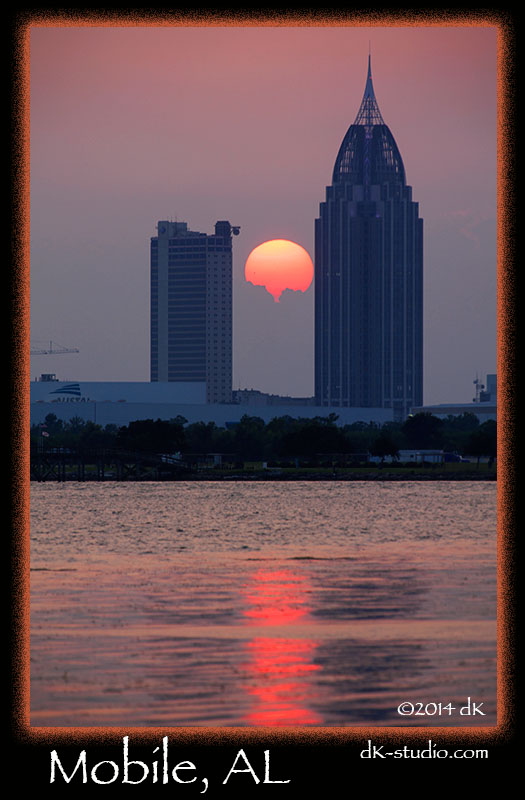 One of the most iconic views as you enter Mobile from the east, on I-10, is Battleship Memorial Park where the USS Alabama resides. The Battleship is a fitting tribute to the men and women that served in World War II and a visual presence as the protective guardian of the city. The USS Alabama was decommissioned on January 9, 1947, retired in 1962 and through a capital fund raising campaign was awarded to the State of Alabama on June 16, 1964. In 1986 the Battleship was placed on the National Historic Landmark Register. When you sit on the east side of Mobile bay you have the perfect view of the Battleship and the skyline of Mobile as the sun sets.

During its 5-year campaign from 1942 – 1947, the USS Alabama earned 9 Battle Stars for “meritorious participation in battle”. The battleship could reach a top speed of 27.5 KM / 31.6 mph while it housed a small community of almost 1,800 officers and service men. Since dropping its anchor for the final time, the Battleship has been host to thousands of war veterans, hundreds of thousands of tourists and has been the backdrop for numerous movies and TV series. So next time you are in Mobile check out the park and make sure that you stay around for Sunday brunch at Café 615 – YUM!!!!!! 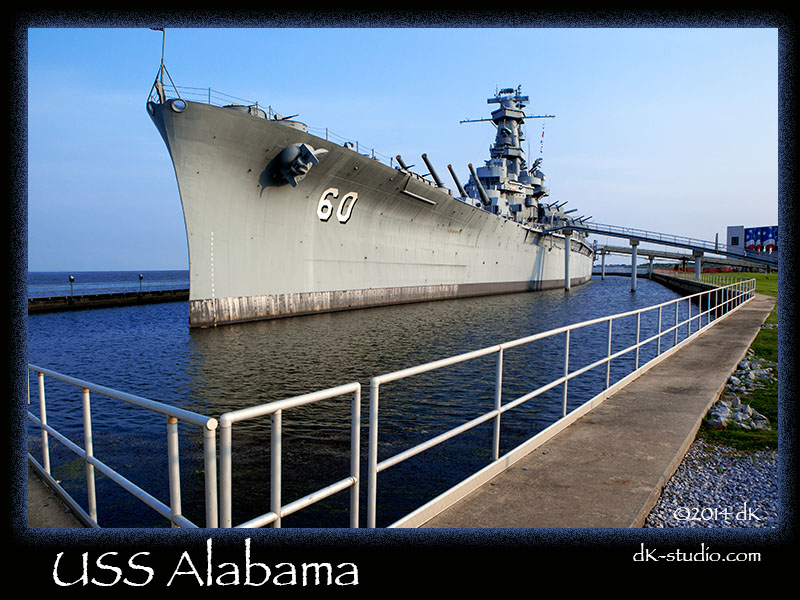