If you are like me, you have taken pause to reflect back on all that you did and accomplished in 2015 and are now giving thought to what is in store for you in 2016. I was fortunate to put my “feet in the sand” in quite a few locations last year, as well as capture, what I saw during my travels. It’s not such a bad ”job” if you think about it.  The last stop on my 2015 “Miss-Adventures” was California and the island of Coronado. The island has so much to offer and for anyone with a photographic inclination, it offers magical moments around every corner.  You can spend all day power shopping if you chose to do so or sit back, relax and take in the view. One of the most majestic views is the Coronado Islands that sit due south of Coronado and due west of Mexico. On a clear day, you can see forever! 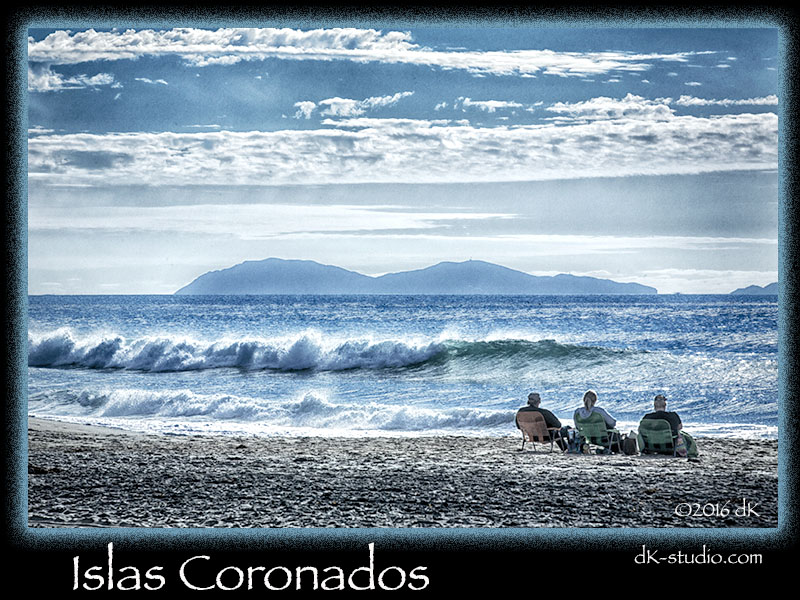 “The Coronado Islands (Islas Coronados) are a group of four islands off the northwest coast off the Mexican state of Baja California and are part of the municipality of Tijuana. The islands, which lie between 15 and 19 miles south of the entrance to San Diego bay, are only 8 miles from the Mexican mainland.”

As I was leaving San Diego after the holidays, I had the rare opportunity to catch a glimpse of the city from a very unique vantage point, the window seat of my Southwest flight. The view with scattered clouds includes the panhandle of Point Loma, San Diego Harbor and Naval Base Coronado. I can honestly say that given the number of times I have flown in and out of the city, the view was a first for me. Hopefully it is good omen for the start of a new year and for things to come.  ENJOY!!! 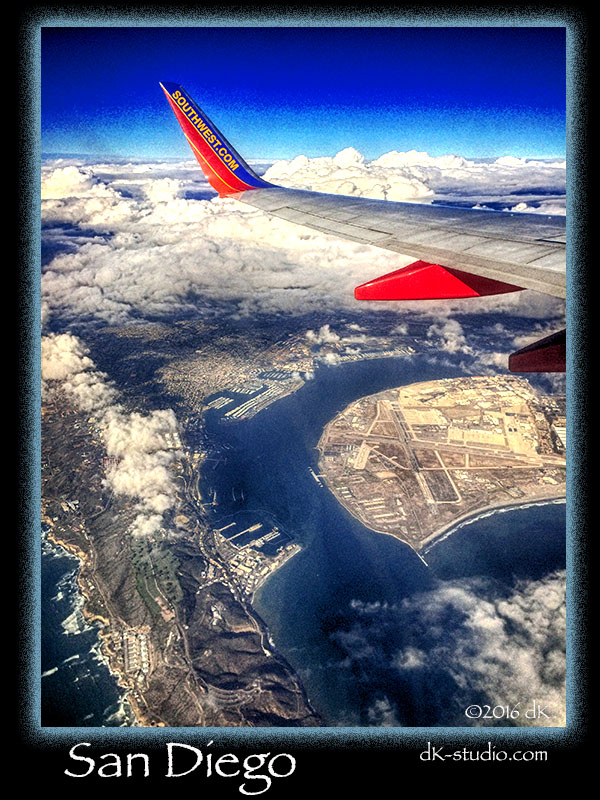 I would be somewhat remise if I did not mention that the biggest game of the year is being played tonight in a city that I visited over the Christmas holiday, Phoenix, AZ. The Univeristy of Alabama (Roll Tide) takes on the ACC Champion and undefeated Clemson Tigers in the CFP National Championship Game. I am looking forward to seeing the CFP Throphy being brought back home to Sweet Home Alabama – Roll Tide!!!

Many thanks to the beautiful Stephanie Clark-Cornelius for helping cheer us on to Victory – Roll Tide Roll!!!! 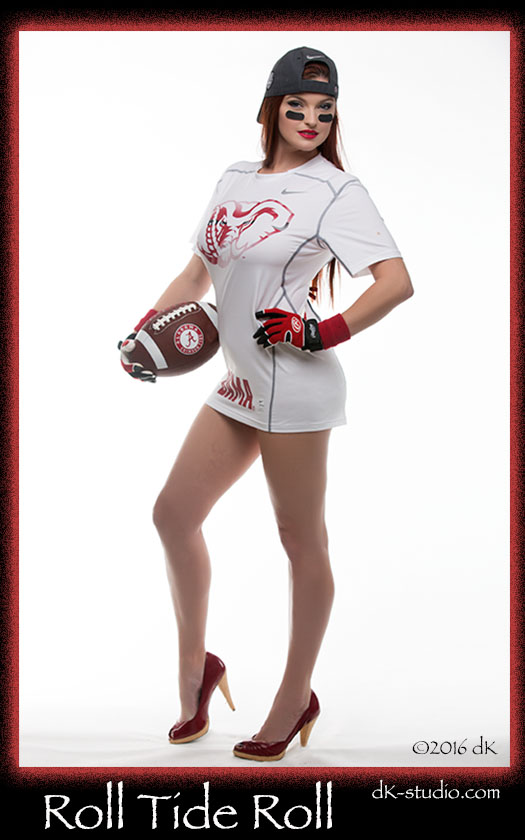 I am looking forward to new adventures in 2016 and wish you much success. Have Camera – Will Travel … Corporate, Advertising and Editorial.