Good Morning from Music City USA – Nashville, TN. I had the pleasure to spend a few days here visiting with friends and working on a very special project thanks to my good friends Edward and Laura Ragland.

Last year I was having dinner with Edward and Laura when Edward started talking about a incredible project he was working on; USA Sled Hockey which is sponsored by USA Hockey and the National Hockey League. Sled hockey (sledge hockey in Canada and Europe) is a sit-down version of ice hockey for individuals whose disability prevents them from playing stand-up hockey. Sled hockey is played by a wide range of individuals with a variety of mobility limitations: amputees, spinal cord injuries, spina bifida, along with anyone who has a permanent disability that limits participation in stand up hockey. Many of the individuals are war veterans but the “face” of sled hockey runs the gamut of gender and race. I was hooked when listening to his passion for the sport and the individuals that were part of this project. I knew it was something that I wanted to be part of and offered my services.

Fast forward to this part weekend and the 2016 USA Sled Hockey Classic, hosted by the Nashville Predators and the Nashville Sled Predators. The 24 teams that participated in the 2016 tournament have an official affiliation with an NHL member club. Teams wear the official gear of their host NHL team. Not knowing what to expect as I entered the ice arena, I was truly taken back by the display of community, respect and camaraderie that was being displayed and that was prior to witnessing the first whistle being blown and the first puck being dropped. From that point forward it was Hockey ON! 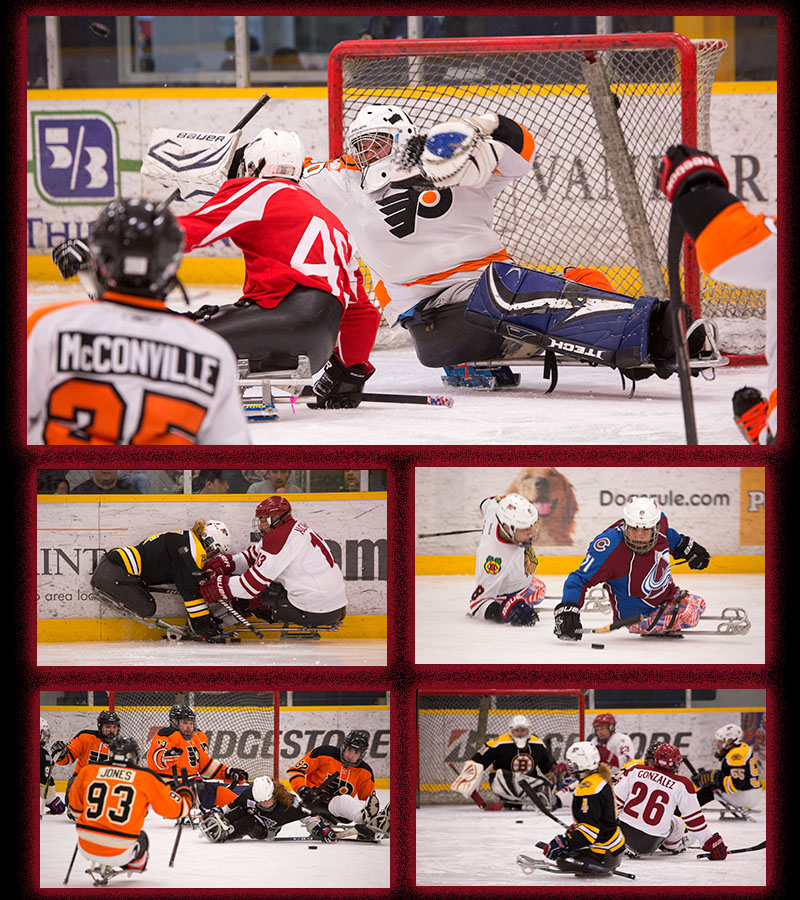 To say that I was taken back by the talent and skill of the players on the ice would be an understatement. I was not sure what I was to expect but I can honestly say that I was in awe as I watched these individuals give it their all and the sportsmanship I witness on and off the ice. The proficiency of skill and play increased with each tier level but there was a common thread among every team that showed true heart and character. You could not help but to be genuinely amazed as they raced across the ice on sleds. 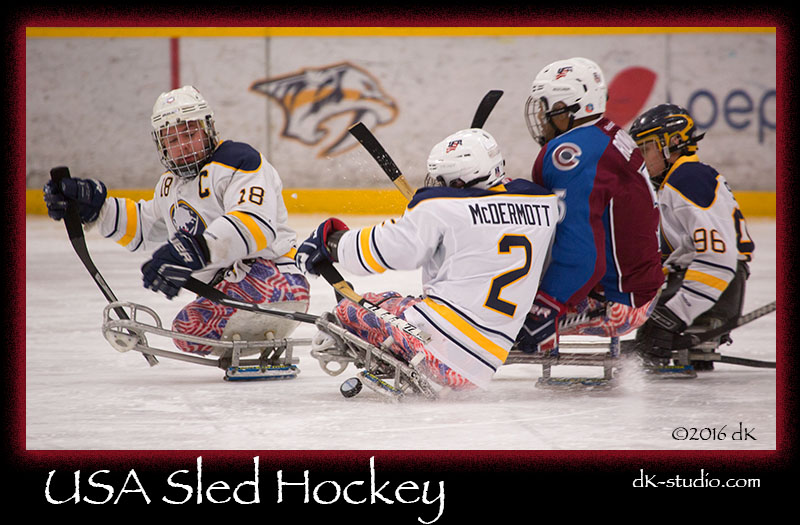 The teams displayed every bit of the caliber of play you would have expected from able-bodied individuals and they did it with disabilities that were so very unapparent as you continued to watch the games. I was truly amazed at the level of talent and the skill at which they played the game. What I was more amazed was at the “appearance of family” that was exhibited before, during and once the games were completed. 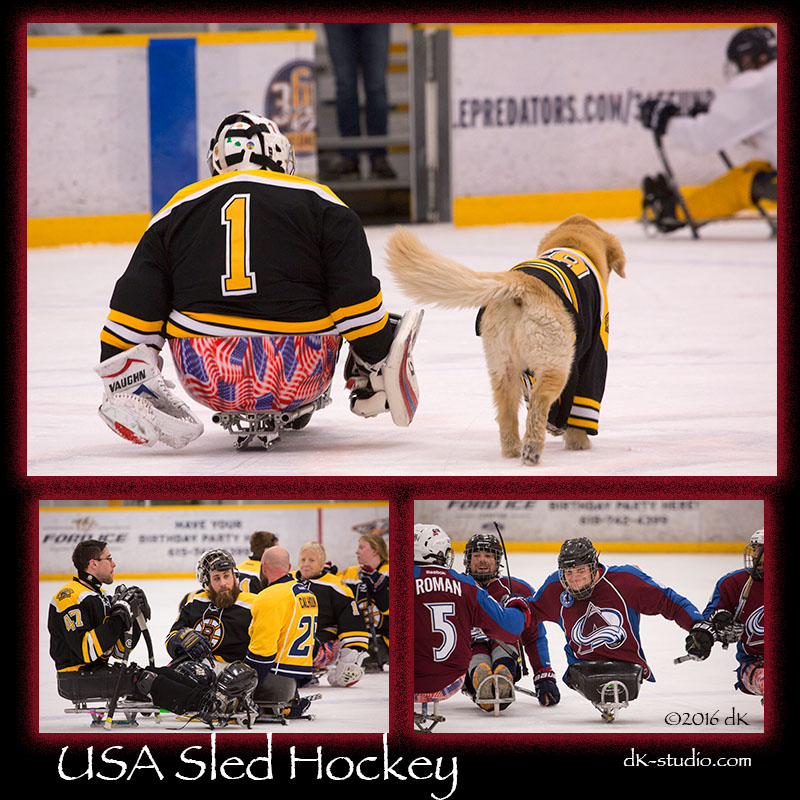 There is something truly humbling about winners and the pride you feel while watching these individuals over come and surpass society’s label and expectations. It is something truly inspiring that we can all take away from such experiences. When we look at sports figures today and label them heroes, I think I just witnessed a new type of “hero”! I learned a lot about spirit this weekend and am so very glad to have had the opportunity to be part of this exceptional sports association event.

At the end of four days of play the Colorado Avalanche took top honors by topping the Buffalo Sabres, 6-2, in the Tier I title game while their Tier IV team beat the Anaheim Ducks, 4-2, in their championship game. The Pittsburgh Penguins defeated the Philadelphia Flyers, 7-3, to claim the Tier II crown while the Nashville Predators blanked the Boston Bruins, 3-0, in the Tier III championship game. In the first-ever Tier V title game, the Carolina Hurricanes shut out the Pittsburgh Penguins, 3-0, for the division title. My heartfelt congratulations to all the players and many thanks for the incredible hospitality exhibited to me by the Sled Hockey association.
To learn more about Sled Hockey go to: http://www.usahockey.com/sledhockey

Hopefully we will all give thanks this week for the many blessing we have! Enjoy and Happy Thanksgiving!!!!!!!!! 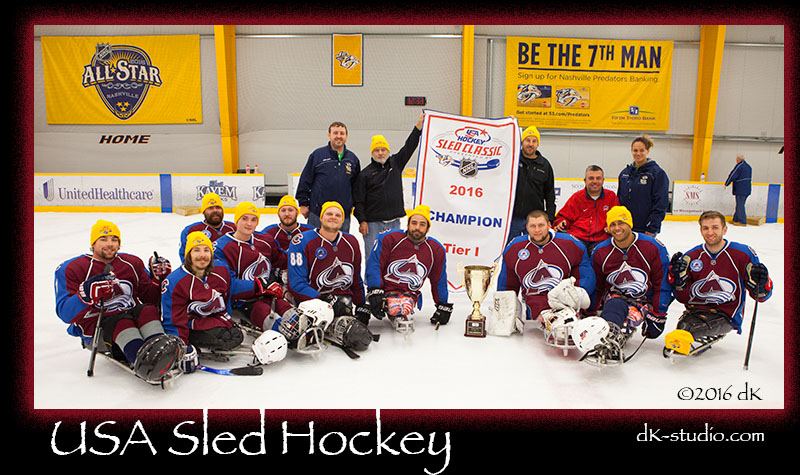 Keep us in mind for any of your upcoming photographic assignments. If you were unaware, all of the art showcased in my blogs, as well as, on my web sites is available for publication or for purchase as corporate and residential collectible art.