A very good Monday morning to you all. I am glad to be back in Alabama after a week-long trip to instruct at a photographic workshop in Pittsfield, IL.

On the trip back to St. Louis to catch my flight home, I was traveling with one of the other instructors who lives in St. Louis. With a few extra hours until my flight, Michael suggested we stop by an area he thought would make for a great photo excursion, Fort Bellefontaine. Fort Bellefontaine was built in 1805 and was the first U.S. military outpost west of the Mississippi River of the newly acquired Louisiana Territory. The bluff site fort is known for being the first campsite for Lewis and Clark’s Corps of Discovery expedition in 1804 and where they stayed on their return trip in 1806.

In 1828, the fort was completely abandoned and fast forward to the 1930’s when the area was fast becoming a popular summer retreat. In 1936 the WPA constructed a number of structures to make the river front below the bluff more inviting and accessible to the public. Included in those limestone structures was a grand staircase, comfort stations (bath houses) and picnic facilities. 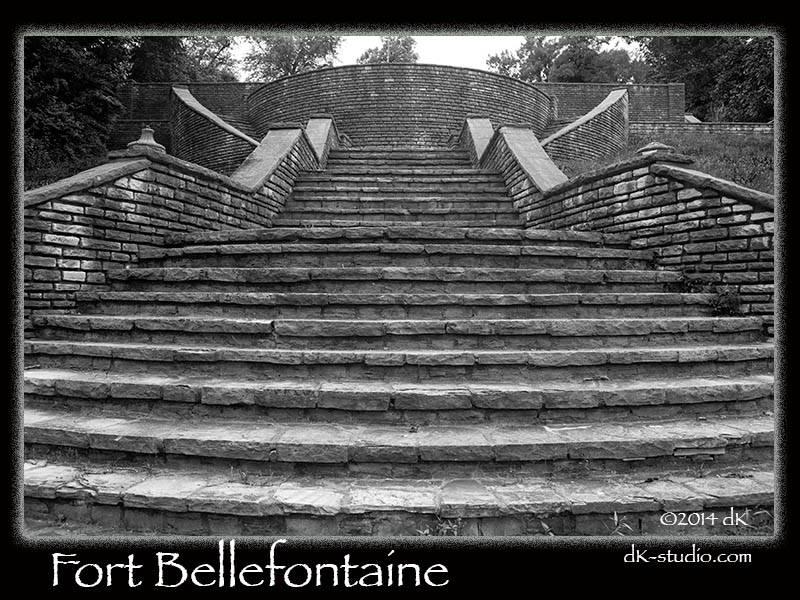 Other than the staircase, most of what was built in the 1930’s has fallen prey to time and lack of attention. The bathhouses and picnic areas today look more like roman ruins but in their current state of decay make for exceptional photographic backdrops. I was totally taken back by the majestic nature of the remaining structures and their testament to a time far since removed. 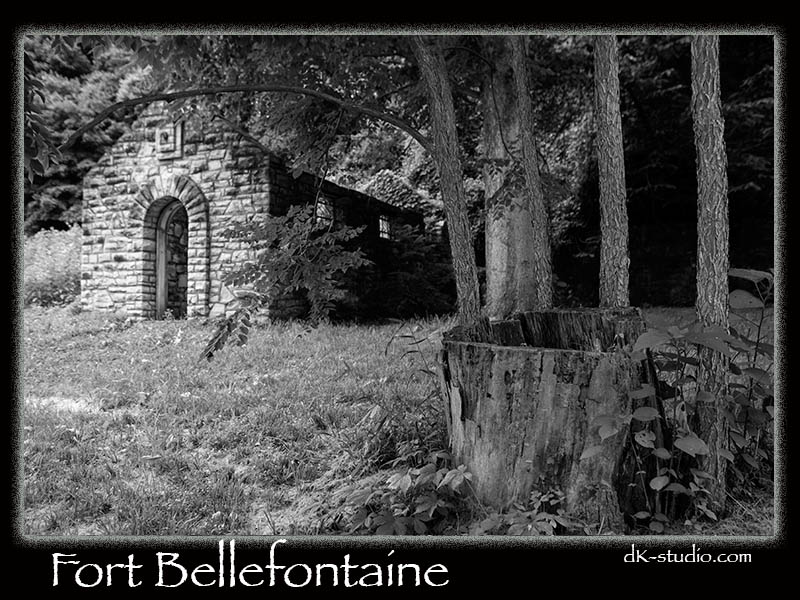 In 1986 the property was acquired by the St. Louis County and designated as Fort Bellefontaine Park and now features picnic facilities and hiking trails. As I walked along and thru the remaining structures I could only imagine what the walls could say about those years of war, exploration and those years of depression. But for the brief time I spent, all I saw was the beauty it still had to offer.

Many thanks to my “road tripp’n partner in crime”, Mr. Michael Green, for sharing this glorious site with me. ENJOY!!!!! 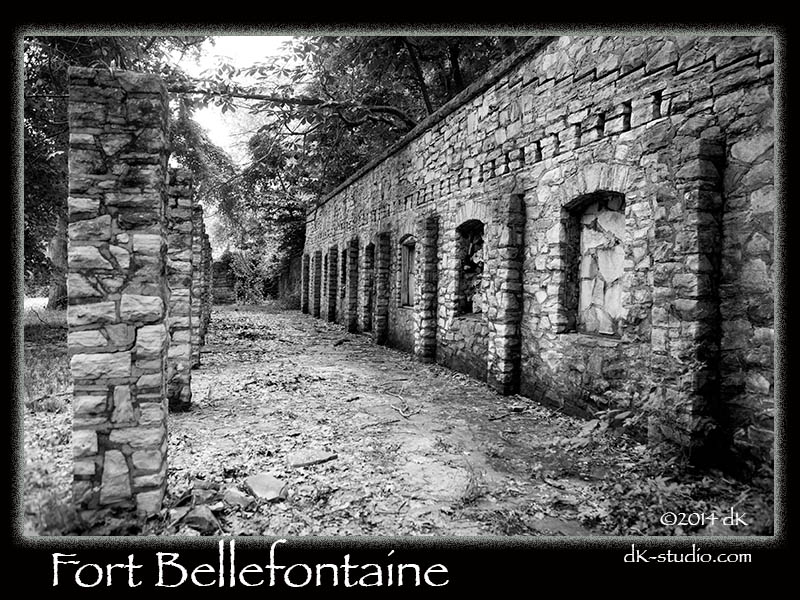 Keep us in mind for any of your upcoming photographic adventures.    Have Camera – Will Travel … Corporate, Advertising, Editorial and Art.