Fog on the Mountain

Good Morning! Just when we thought it was safe to go outside, Mother Nature decided to throw us another curve with Saturday being one of those miserable rainy days. But in spite of the cold and rain it turned out to be a rather interesting day to take a road trip and shoot along the way.

Earlier in the week I received a note from my very dear friends Ray and Sandra Padgett who own a business in Mentone that hosts a restaurant and an art gallery. Sandra contacted me and asked if I would be interested in exhibiting a few of my art pieces again. Mine was an easy and quick answer – YES!!!!!! Saturday was the opening of the new gallery, the Mentone Arts and Cultural Center (MACC). Given the weather forecast for the weekend, I was not looking terribly forward to the drive up but was truly excited to be showing again in their gallery. I invited my friend Laura Ragland, who had made the trip numerous times with me, to go with me and pack her camera just in case.

It rained all the way to Scottsboro and as we crossed the Tennessee River over the Comer Bridge we realized we were in for a rather challenging drive as we drove up the mountain into a dense fog that made it all most impossible to see the hood of the car. As we topped the mountain around Weathington Park, the fog broke and all of the sudden there was this very majestic view of the Tennessee River blanked with a thick fog layer. We pulled into the overlook and for a few minutes it was a truly amazing view and then just as fast, we were totally covered up. 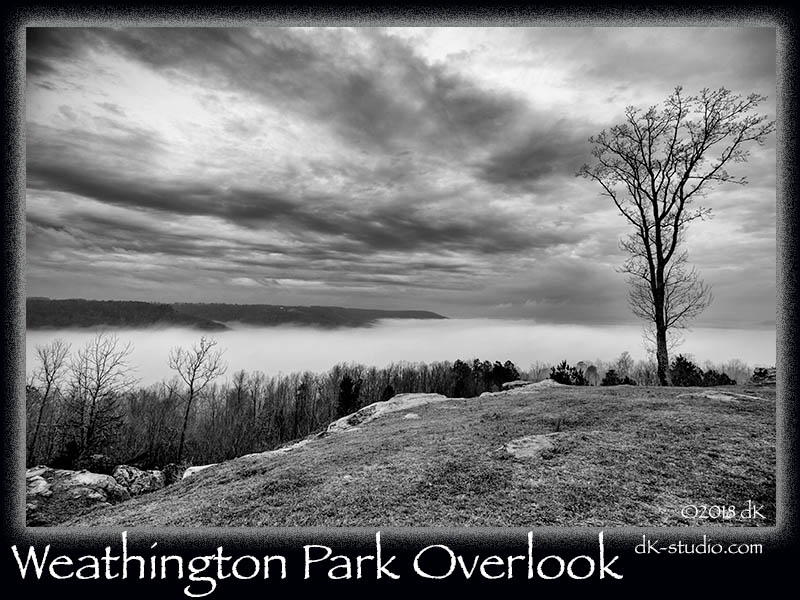 Thinking that may be all the photography we were going to do that day, we continued on our journey to the Mentone Arts and Cultural Center (MACC) formally known as Kamama Art Gallery. Ray and Sandra owned the original gallery and now it is the temporary location until they break ground on the new multi-cultural center – MACC. From the looks of the website it is going to be an amazing art center for the area – https://www.mentoneartscenter.org/

As we dropped the work off, we settled in to listen to some of the live entertainment, visited with the new gallery director and catch up on all the news Ray and Sandra had to share. As we were finishing our visit, we noticed that the weather was clearing and decided to head out to see if there were any other great images to be captured in the area. 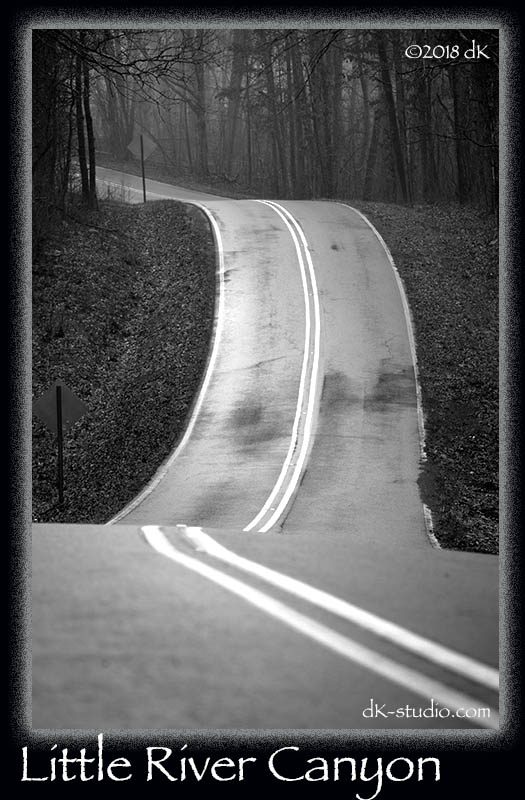 It did not take long as we traveled down the canyon road to come across a few more photographic opportunities. The only thing that we had to contend with was a little bit of rain and the continual hide and seek we played with the fog. It was amazing how the fog would slowly move in, surround us and then, like a ghost, disappear. As we stopped to photograph one of my favorite spots in the park, Mushroom Rock, it was truly eerie to watch the fog move up the road with what appeared to be a haunting purpose. Like being in a cat and mouse game, the fog would magically appear and then disappear.

As the remaining light started to fade, we headed back to Huntsville hoping to get one more look at the River encased in fog. As luck would have it we pulled in the Weathington park just in time to grab a few more shots and then became encased in another fog layer as we had originally encountered at the beginning of our journey. It was as if to say a “final goodbye!” 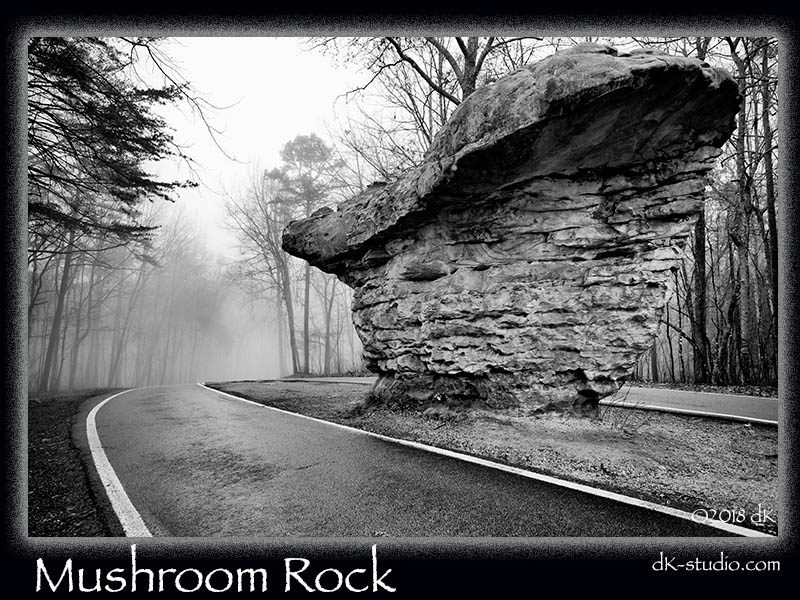