No matter where you are it is always a good time celebrating Mardi Gras and if it is not N’awlins it might as well as be the Rocket City. The rocket cities Mardi Gras parade is a generally held on the weekend prior to Fat Tuesday, which always falls on the day before Ash Wednesday. Confused?

Saturday started out with the addition of a second venue hosting a Mardi Gras festival at the MidCity complex sponsored by RCP Companies. It was advertised as an event that would “transport you to the heart of the Quarter!” and it lived up to every bit of what was promised. The day was filled with incredible music, authentic cajun cuisine and beverages, a Second Line parade including the Mardi Gras Indians and an atmosphere rivaling the best of New Orleans. Given the appearance of a large attendance it could easily be said that it was undoubtably a huge success and hopefully will continue to find a home here for future Huntsville Mardi Gras celebrations. 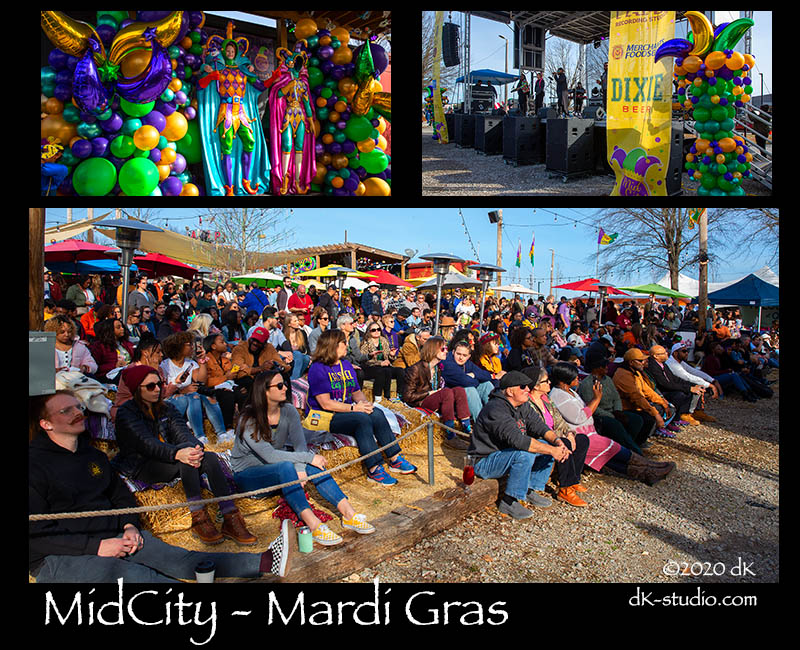 Huntsville is no stranger to festivals and parades and our downtown Mardi Gras is one of those very celebrated events currently in its 7th year. The brain child of MaryDae Sneed and her husband Ben, the proceeds raised through the Krewes and sponsors go to the non-profit Blount Hospitality House. The event has taken hold over the years and the beads and Krewes have become more plentiful. Leading the parade was a crowd favorite, the Cotton Candies Marching Krewe decked out in their formidable pink outfits. Always a crowd pleaser! 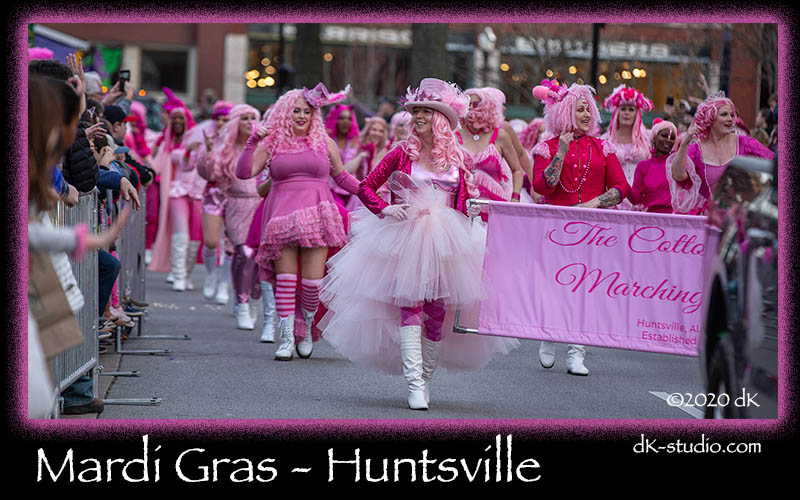 The crowds lining the streets were very festive waiting for the Krewes to arrive and begin to capture their bounty. Huntsville has a “throw zone” for beads to keep patrons safe and to control the clean up of beads left in the street. I must say I was very impressed with the number and style of the floats in the parade. Nothing compares to the pageantry in Mobile or New Orleans but Huntsville showed up and showed out and beads were plentiful. So plentiful that I found myself shooting, dodging and weaving to avoid getting hit in the head and missing the bumpers of vehicles.

I did take some time out to grab a few for myself and get my Mardi Gras bling on. Who doesn’t love to be adorned in vibrant Mardi Gras “loot”? To the winner go the spoils. Does Huntsville know how to celebrate Mardi Gras? It showed in the faces of each and everyone on the streets and as they say in N’awlins….. “Laissez les bons temps rouler” – Let the Good times Roll!!!  Enjoy! 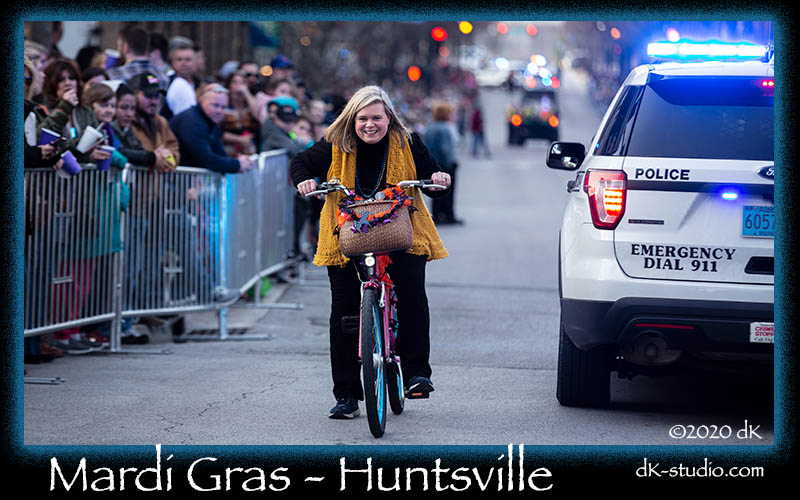