Elvis Has Left The Building

A very happy Monday Morning to you all! In case you have not noticed, we are seven days away from our annual visit by Jolly Saint Nick! I hope you have most of your shopping out of the way! I will be heading west to spend the holidays with family and friends.

Last Saturday I had the rare opportunity to spend the evening with “Elvis” at the annual AUSA Christmas in Dixie event at the VBCC. Actually I spent the evening photographing 3 Elvis Impersonators – Riley Jenkins, Cody Slaughter and Shawn Klush for the annual event at the request of the hostess Ms. Bennie Jacks. Bennie was an ardent fan of Elvis seeing him in concert over 17 times and has attempted to carry on his legacy with these concerts.

Unfortunately I never got to see Elvis live but like most that grew up during his era, my Mom was a huge fan and especially loved his gospel connection. My Dad was a gospel singer and sang alongside J.D. Sumner, when he was with the Sunny South Quartet in Tampa, Florida. J.D. later moved on to become part of the famous Stamps Quartet that backed Elvis Presley. The nights’ entertainment included members of the Stamps Quartet who toured with Elvis from 1971 until his death on 1977.

Saturday’s night show was the next best thing and I was truly amazed about how respectful and reverent these three individuals were about their part in keeping the torch burning and carrying on his legacy. The evening stated out with 15-year-old Riley Jenkins from Clarksdale, Tn. who got the crowd going with his voice and signature moves. I would venture to say there was a group of young ladies that were born well after Elvis’s death that became huge fans that evening watching Riley. 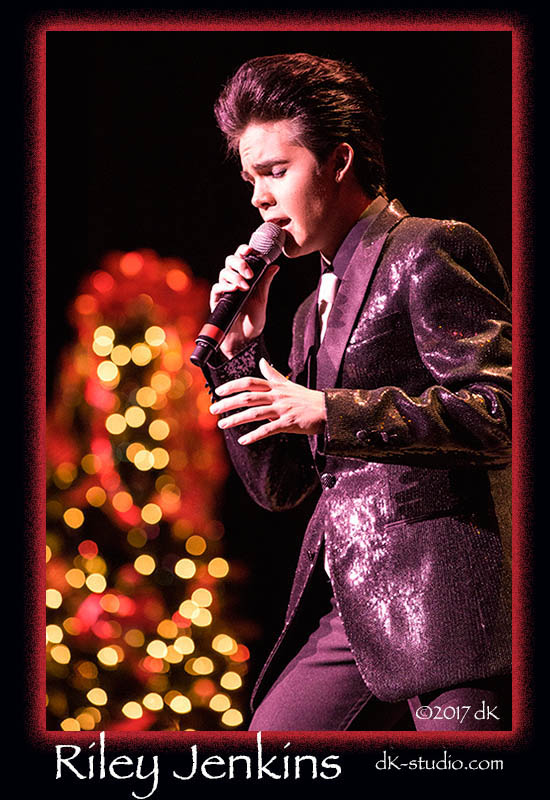 The entertainer’s shows represented different eras of Elvis’s career and once Riley completed the early years which included Elvis’s military service, 24-year-old Cody Ray Slaughter came out on stage to a roaring ovation from the audience showcasing his signature white coat and very youthful Elvis look with all the right moves. Cody has been singing as Elvis since he was 17, was named in 2011 the “2011 Ultimate Elvis Tribute Artist” and played Elvis in the Tony award-winning play, “Million Dollar Quartet!” You did not need to close your eyes to imagine that you might just be seeing and hearing the re-incarnation of Elvis. He showed why he received the New Horizon Award for best new “Elvis Tribute Artist” in Vegas in 2011. 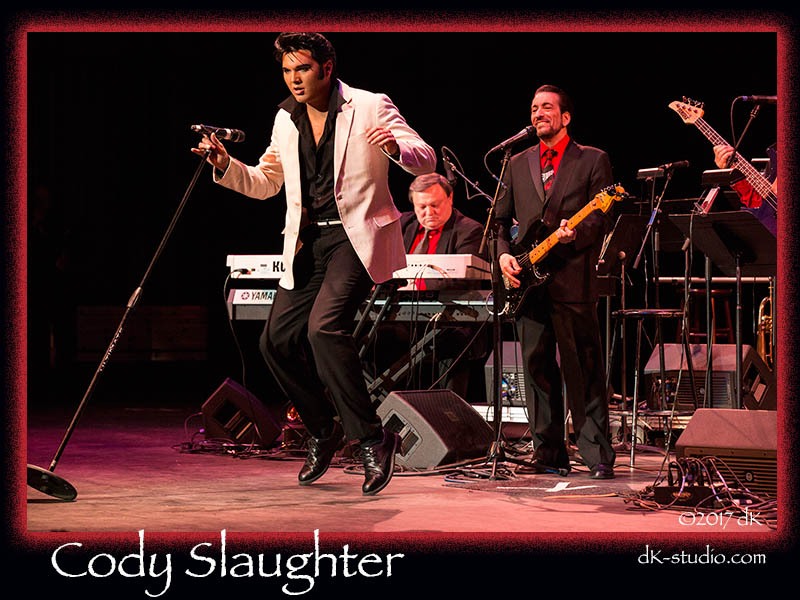 If two Elvis’s were not enough, the fans got what they came for when the “King” Shawn Klush came out on stage in the signature white jump suit and cape. Shawn started out his career starring in the award winning Las Vegas show, “Legends in Concert.” On the anniversary of Elvis’s 70th Birthday Shawn was name grand champion at the “world Elvis Tribute Artist Competition.” Other award followed such as being named the “Worlds Greatest Elvis” by viewers of BBC1 in the United Kingdom and he was named the first ever “Ultimate Elvis Tribute Artist” on the 30th anniversary of Elvis’s death by Elvis Presley Enterprises. Besides the signature white jumpsuit and cape and his Elvis-esque moves, Shawn is a crowd favorite passing out scarfs like Elvis did during the show. Women both young and old flocked to the stage hoping to get a very memorable memento from the evening. As luck would have it, Ms. Bennie Jacks the seventeen concert veteran of the real Elvis was a recipient of a red scarf.

Saturday evening was anything but a “Blue Christmas!” Wishing you all the joy of the Holiday season … MERRY CHRISTMAS!!!!!! ENJOY! 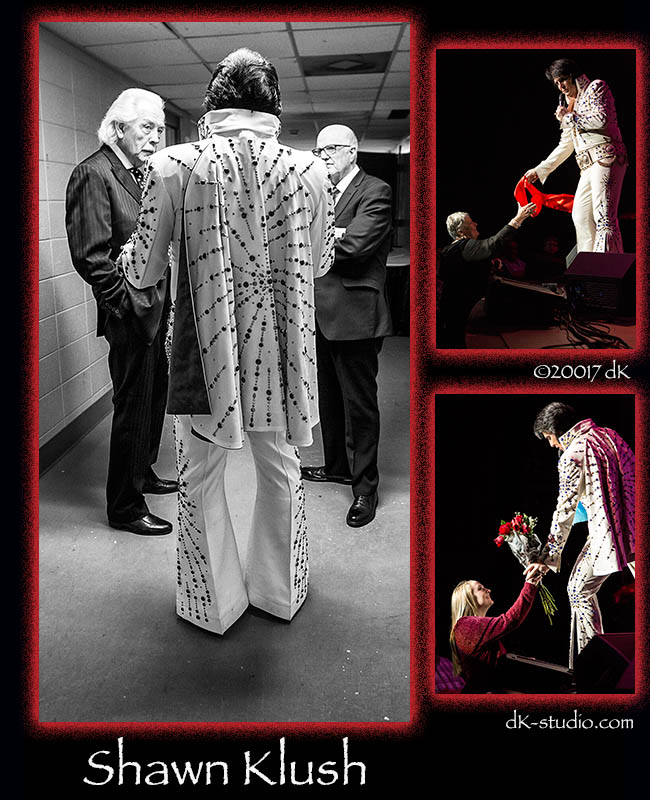