A very hearty Monday morning to you! I hope yours was an enjoyable weekend even with Mother Nature letting us know that summer is on its way!

A couple weeks back I took a few days off to travel to the Outer Banks with my good friend and fellow shutterbug, Dave Hickey. On the way over and on the way back we chose to get off the beaten path and take some side roads to see if we could find any lasting jewels of southern Americana. As luck would have it on the trip home we got off of I-95 in North Carolina and followed the hood of the car as it took us down NC 97. Like any side road trip, we were not sure what we were going to find but with sheer anticipation we headed west. On a typical journey such as this there is always the decision to be made of what is “photo worthy” enough to call “stop” and get the cameras out. As luck would have it we did not have to travel far.

As we traveled down the highway we came across our first surprise in an old abandon hotel in Zebulon, NC, a town officially recognized in 1907 and named after Zebulon Baird Vance, the Governor of North Carolina during the American Civil War. It was the perfect day and the perfect choice for our road-tripping analog. As we prepared our cameras for what was to be the first of an exceptional side road trip, a car pulled up to ask if we needed any help. Normally we find ourselves on private party shooting these jewels and the locals are understandably curious about who we are and what are intent is.  After explaining our intent, I expressed how I thought this was such an exceptional and interesting abandon building to photograph. The local, without blinking an eye said, “ You just do not know the half of the story on this old hotel!” So I inquired with a “prey tell” and his response was, “Back in the day, there was many a lady that made their lively-hood entertaining gentleman here but …. that was a little before my time.” It is the tidbits of information like that that add to making road tripping so memorable. With that he chuckled and left on his way, allowing us the time to spend with a new perspective on this grand jewel. 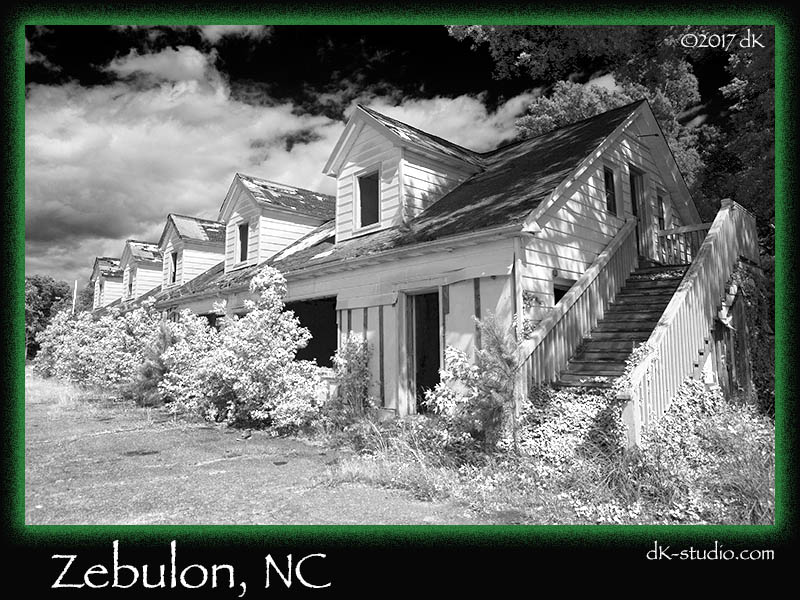 As we headed west we saw a sign for a town on the horizon called Lizard Lick. We knew there was no doubt that with a name like that we were going to be in for a treat. As we found out, the town of Lizard Lick makes many noted lists of the most unusual place names. Historians note that it got its name from a “passing observer who saw many lizards sunning and licking themselves on a rail fence.” Obviously the passing observer was not very creative and had too much time on his hands.  As we were passing through town something caught my eye and caused me to call a “stop” and do a 180 in the middle of the road.  What caught eye was an old motor court motel. Back in the days of my childhood and prior to the bustling interstates, these motor courts dotted the rural highways with vacant or no vacant neon signs that beckoned travels to spend the evening. They were pretty much no-frills establishments that had their own set of rules and unique character. The oddity about this motor court was it had a “drive thru” check in. With the external messaging system found at the drive thru, I could well imagine that there had never been any discussion or reference to a thing called the Internet or much tolerance for shenanigans. 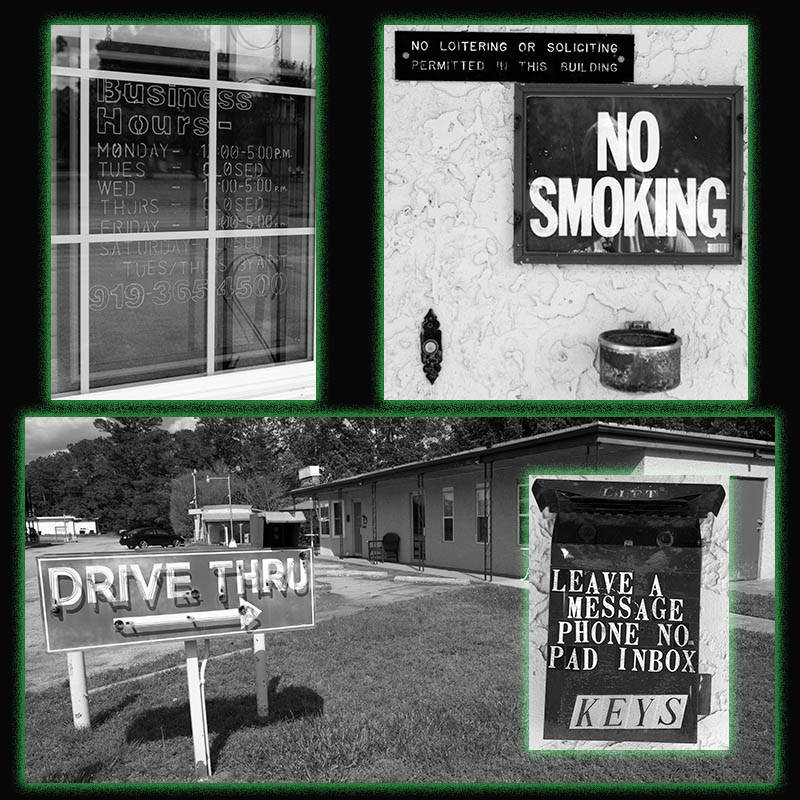 As much as the drive thru motor court was a welcome find, what stood on the side of the road was a once in a lifetime jewel. What got me to turn around was a turnstile mailbox that sat at the entrance to the motor court. Quite frankly in all of my travels have I ever encountered something so unique or so ingenious. As it was so aptly demonstrated by one of the current residents, you pull up to the mailboxes and spin the unit until you come to yours. It even offered one for out going mail. It was a Lazy Susan for the daily gossip, the invite from American Family Publishers by Ed McMahon and the Readers Digest.  As one might say it brought a whole new meaning to “You’ve got Mail!” We knew this was going to be a hard find to top and could very well be the diamond in the ruff for the rest of the trip but like most explorers we captured the moment and headed back on our quest.  More to come – ENJOY! 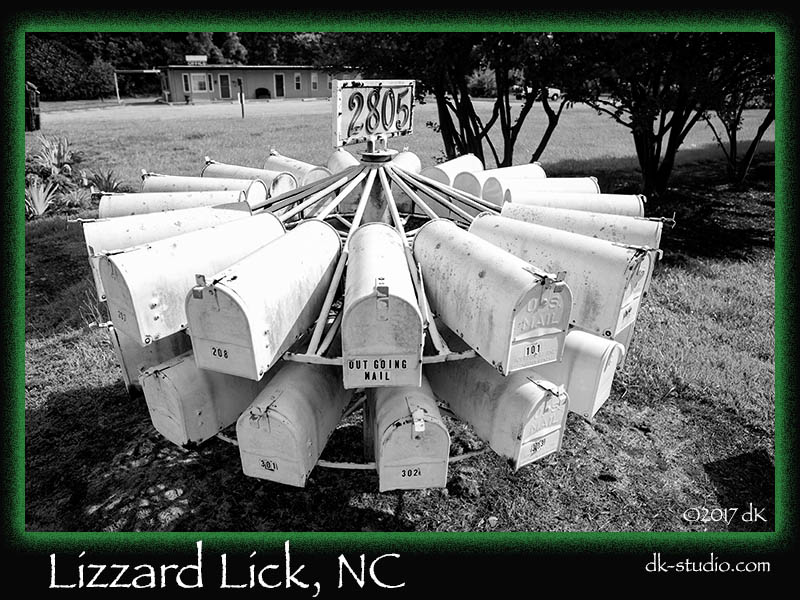