A very happy Monday morning to you, well actually Happy Tuesday! After a huge week of many miles on the road I arrived home late Sunday night “whooped”! My good friend and fellow road tripp’n aficionado Dave Hickey and I spent last week following the hood of the car until we could go no further and ended up spending a majority of our time revisiting the Outer Banks of North Carolina.

Over the next few weeks you will hear and see tales of our adventures traveling the back roads of Tennessee and North Carolina until we reached the coast then took the two-hour ferry ride from Swan Quarter, preparing our cameras for a return to the Outer Banks (OBX). My return to OBX has been in the works every since I left over 5 years ago. I went to OBX in 2009 as a visitor and fell in love with the islands for all the right reasons. I became a resident and a business owner and stayed until I realized I was better as a tourist and visitor and returned to Alabama in 2011. My heart has asked many times when would I return and with Dave’s’ encouragement we decided to head in that direction. The trip was one for the ages and I look forward to sharing it with you.

The hardest thing for me as I drove home was giving thought to the magnitude of imagery we had shot and how I would narrow it down into a descriptive narrative over the next few weeks. My thought and my goal are to share it in a way that would have you feeling like you have been a passenger along for the journey. The Big question was where do I begin to share all of it, the good, the bad, the ugly but most importantly the unusual.

Then the idea came to me what better way to show you the islands then to initially show you how the early visitors found their way, by the beckoning lights from the Lighthouses that guided them to safe haven. There are three in the southern part of OBX, the Ocracoke Lighthouse, the Hatteras Lighthouse and the Bodie Lighthouse that sits north of Oregon Inlet. Each has its own definitive character.

Ocracoke Light sits on Ocracoke Island, which is only accessible by boat or ferry. The Lighthouse was built in 1823 and stands 75 feet tall. Ocracoke Light is the oldest operating light station in North Carolina. 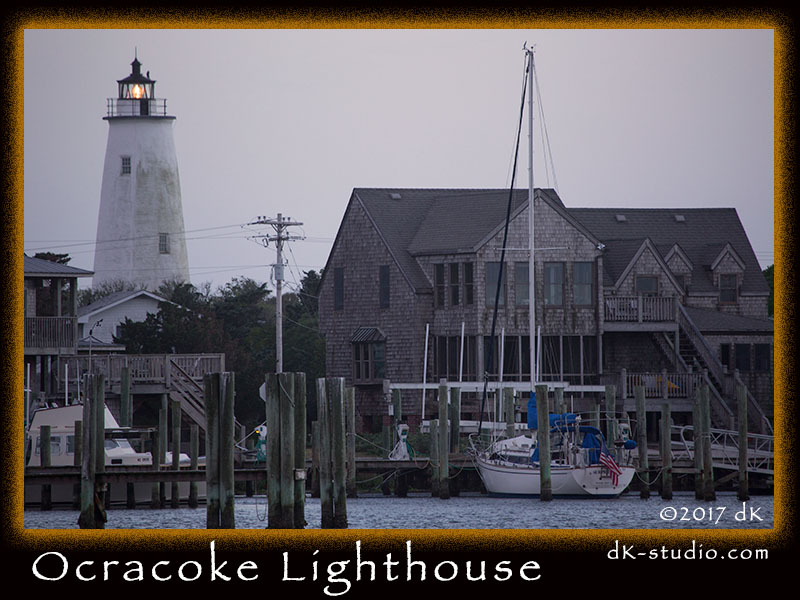 As you travel north by Ferry the next stop is Hatteras. Cape Hatteras Light is a lighthouse located on Hatteras Island in the town of Buxton. The 210-foot structure stands watch over the “Graveyard of the Atlantic”. It is the tallest brick lighthouse structure in the United States. The original tower was constructed in 1802 and the existing structure in 1870. The light has a range of 24 nautical miles. 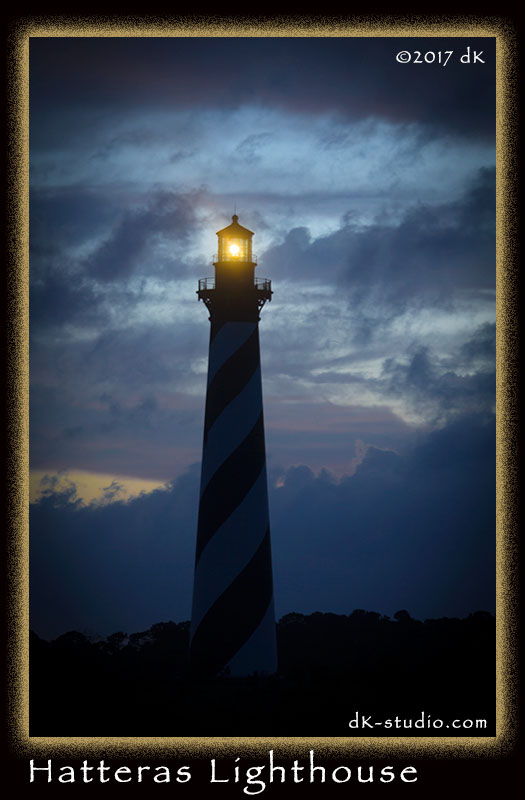 The Bodie Island Lighthouse sits on Bodie Island and is the third to have been built and currently stands as constructed in 1872. The 170-foot structure stood under renovation from 2009 to 2013. I was never able during my years in OBX to see it in all of its full glory until now.

There is not much about our adventures in this opening blog other than to say, “welcome to the islands!” I look forward to sharing more of our adventure in the weeks a head. Enjoy!!! 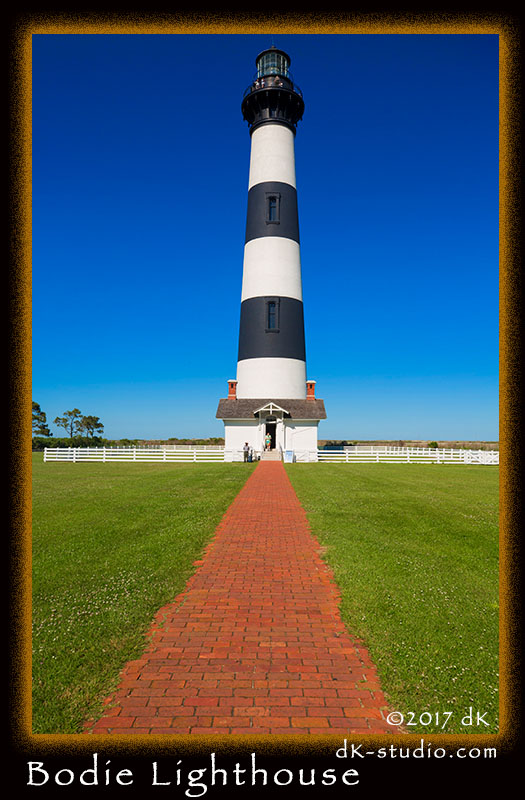 If you are unable to view the image(s), just click on this link, which will take you to a larger view, as well as, to all of my previous Miss-Adventure Blog posts. Keep us in mind for any of your upcoming photographic adventures.      Have Camera – Will Travel … Corporate, Advertising, Editorial and Art.