It is the third week in January and it appears that Mother Nature has decided to bring in the big chill. I hope you have bundled up appropriately and that you have a warm cup of coffee close by.

Last week I had the pleasure to photograph country royalty, Mr. Ronnie Milsap, while attending his concert at the VBC. His music biography reads something like; 6 time Grammy award winner, 3 time CMA Male Vocalist of the Year, 4 time CMA Album of the year and a record number 40 #1 hits with over 35 million albums sold. Ronnie was inducted into the Country Music Hall of Fame in 2014. His hit list reads like a country music dictionary and includes such songs as, “Any Day Now”, “Stranger in My House”, “I Wouldn’t Have Missed it for the World” and “No Getting’ Over Me.” 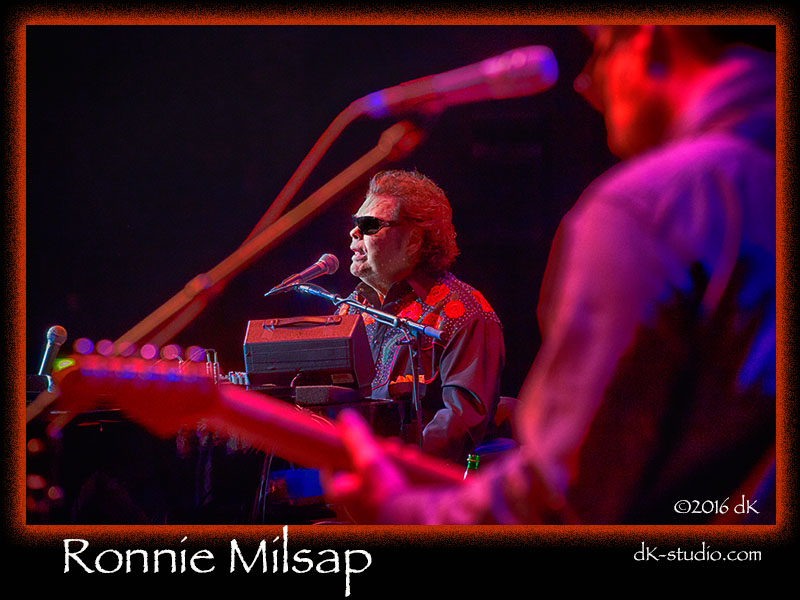 During his day, Ronnie was quite the “rock star” and given the enthusiasm of all of his admiring fans that were in attendance, I would venture to say he has not lost much of that edge. I had the opportunity to meet Ronnie backstage and photograph his meet and greet. You got the sense that those that were in line had a long-standing love affair for the man and his music. His show started out with a medley of his most famous songs and for the rest of the evening played out many of his number one songs. You could feel the love as the audience screamed out requests for their favorites and sang along as Ronnie did his best to satisfy their musical desires. 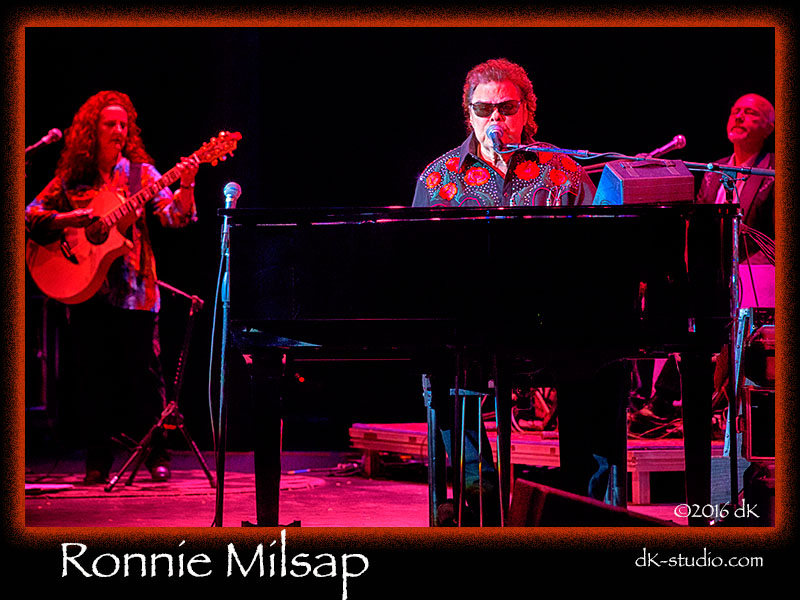 As much as I enjoyed the opportunity to meet Mr. Milsap, the real reason for my attendence that evening was to support a very dear friend and local musician, Ms Amy McCarley. Amy, along with her band, had been asked to have the honor of opening the show for Ronnie. Amy is a home grown talent that is beginning to see huge success around the country with her very unique style of americana music. I was elated to have been asked to capture the evening for her and I do not believe anyone in attendence walked away without a new appreciation for the lovely lady that is fast becoming a “star on the rise!” Amy’s band includes Chris Simmons on lead guitar, Micheal Kilpatick on drums and Matt Ross on stand up bass. You might say it is an all-star lineup. I would like to think that the best moment of the evening for Amy, was when the legnedary Mr Milsap gave her a shout out during his set, asking the audience to show her a little more love for her opening the show and expressing his “appreciation” for her musical talent. High praise for this very gifted local lady we get to enjoy on a regular basis locally. You can find out more about Amy at: http://www.amymccarley.com/

I am looking forward to new adventures in 2016 and wish you much success. Have Camera – Will Travel … Corporate, Advertising and Editorial.