Concerts in the Park

A very happy Monday morning to you all. Where has the summer gone? It seems like only yesterday that schools were letting out and last week the buses starting rolling again and school is back in session.  The good news though, college football is just around the corner.

The Arts Huntsville “Concert in the Parks” series closed out their season with the final concert last Monday evening. The series, that features local musicians and is free to the public, is hosted in Big Spring Park behind the Museum of Art.  The concert series runs from June to August and attracts a huge crowd every Monday that braves the weather and the heat to enjoy the sights and sounds of this long running concert series. Though many succumbed to the weather this year, those that did survive were huge hits for the music aficionados that came to eat, drink, dance, listen to the music and be merry.  It is a see and be seen kind of evening. 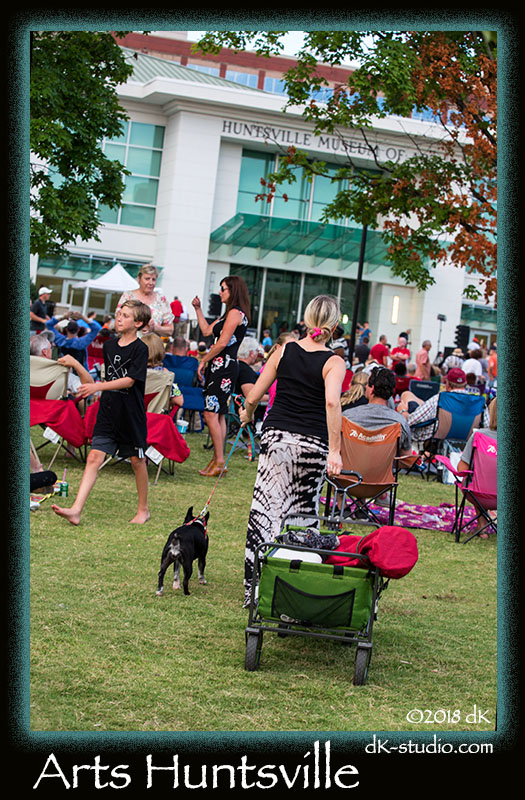 Arts Huntsville was founded as the Arts Council in 1962 and has been the leader of promoting public arts in the community. In 1982 they launched the Panoply Arts Festival that has become one of the longest running and most successful arts festival in the state. In 1988 the festival received the Governor’s Art Award from the Alabama State Council on the Arts. In 1995 the Council partnered with the City of Huntsville to create and promote the Concerts in the Park series that has been a favorite of the residents and is know for showcasing the talents of the local music community.

It is extremely gratifying to come to the park on the summer Monday’s and see the Huntsville community come together to support the art series as well as spend quality time meeting up with old friends and making new friendships. Arts Huntsville is a red blessing in this city and their support of the arts with the support of the city and the Mayor is just one more reason that Huntsville is commonly listed in all of the “best city” surveys.

Monday’s last concert of the series offered a little extra incentive for attendee’s with a huge fireworks displayed that “colorized” the skyline and brought the many “oohs and awwww’s” that are always heard with the rockets and bursts red glare. I chose to pick a little different vantage point fro capturing the beauty of the city and the fireworks. As luck would have it I ran into my good friend and financial advisor, Mark Russell who shared the view with me with a few libations to toast the climatic ending to another successful concert series. Kudos to Arts Huntsville for continuing to embrace and enhance the art community of this city!!! Enjoy and dance like everyone is watching! 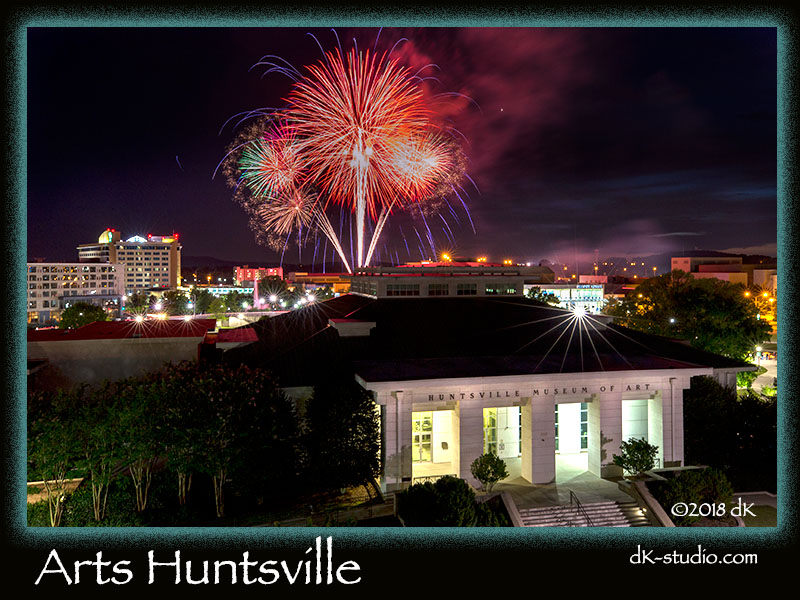