A very happy Monday morning to you! Despite the torrential downpour on Friday, thankfully the rest of the weekend turned out to be a beautiful thing.

Saturday evening the Land Trust of North Alabama hosted the second concert of it’s summer concert series at Historic Three Caves with the Grammy award winning Bluegrass band, the SteelDrivers. Three Caves is one of the best-kept secrets in Huntsville. Like many bands before them, this was the SteelDrivers first visit to the venue. There is an initial reluctance by most when they hear they are playing in a Cave but once they arrive they start to appreciate why it is such an amazing place. The minute they walk off that stage the realization that something very special just took place sets in and then the offers to come back anytime start rolling in.

I felt very honored at the end of last year to have been asked to return as the Chair for the 2017 concert series. While I was on the LT Board of Directors over twelve years ago I helped, along with Ms. Sally Warden, start the concert series. Over the past few years it has grown to be one of the most unique concert venues in Alabama hosting some amazing musical acts benefitting the Land Trust. This years’ concert series started out with a packed house in June for the history making Muscle Shoals Revue and the pressure was on to see if the next concert could match or even surpass it for music and attendance. As ticket sales increased we began to realize that the SteelDrivers concert could end up being another packed house and with three weeks to go we totally sold out. The only wild card left was whether Mother Nature was going to cooperate and give us one last evening for stellar music and as the clock on Saturday continued to tick forward, our wishes were granted. As the clock struck 7:00 pm, the opening act 45 Surprise with special guest Alan Little, took the stage and there was something in the air that suggested this was going to be a “very” special evening.

One of my goals as concert chair has been to pair local musicians with the national headliners in an attempt to give them exposure and show the audience how incredible our local musicians and music scene is. I would venture to say that 45 Surprise is one of those bands and with the addition of local singer / songwriter Alan Little it was no “surprise” that they were a huge hit with the audience.

With the first set complete, the audience started to settle in for what hopefully was to be a very memorable show. The SteelDrivers won a Grammy in 2016 for Best Bluegrass Album, “The Muscle Shoals Recordings” and they have a very ardent following. As I walked through the crown and spoke with people I was amazed with the number of individuals that I encountered that had driven to the concert from Mississippi, Georgia and Tennessee. As the SteelDrivers took the stage for their 90-minute show, it was clear to see that they had embraced the Alabama hospitality and the mystique of the venue. With the cave walls illuminated by a kaleidoscope of light, the band captivated the audience with every note and for most of us that had been here many times before, realized that this just might be one of the best shows to take place inside the bowl. 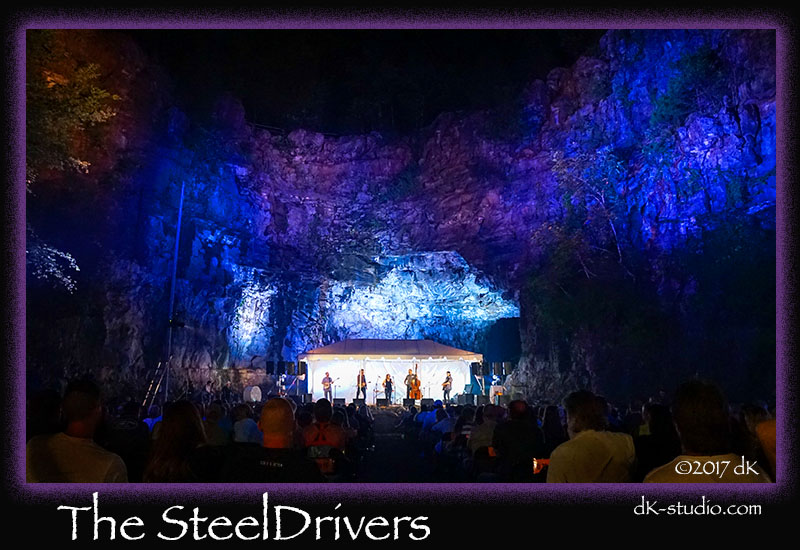 I can honestly say that the evening was truly magical and thanks to the Land Trust staff and their army of dedicated volunteers it was the most smoothly run event I have had the pleasure to be part of. As the accolades came pouring my way for doing an exceptional job I could only think how easy my part really was with the support group I had backing me up. All I had to do is get out of the way and let them do what they do so well.

As the SteelDrivers closed out their evening, they were called back for an encore that helped facilitate a matrimonial proposal that took place just to the right of the stage. Magical things happen at mystical places!!!

I look forward to seeing what the 2018 concert series has to offer. For more information on you can be part of the Land Trust, go to www.landtrustnal.org. 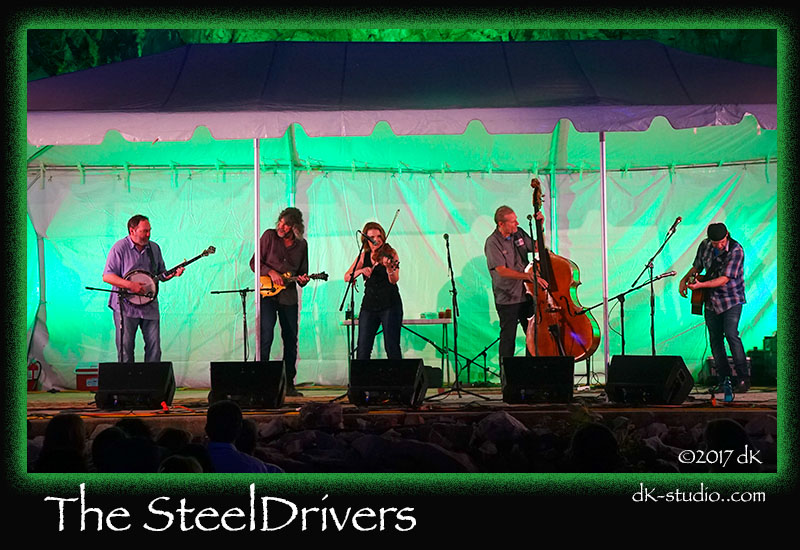