A very Happy Monday morning to you all. I hope you were able to get out and enjoy the wonderful hot weekend!

Last week was a very busy week for me with two big events sharing the spotlight. I was very honored to share the art stage with artist Carole Foret for our third exhibition showing Thursday evening. After a 16 year hiatus the show, which was hosted on the second floor of 301 East condominiums, showcased over 60 new pieces of original art. We literally took over the second floor of 301 East using the homes of Jeff Johnson and Carole as well as two hallways as an art gallery. Partnering with Thrive Alabama, it was a very intimate and successful evening with over 125 art patrons in attendance. On Saturday I had the pleasure to be part of the first ever Members only concert for the Land Trust of North Alabama. Anything that is hosted at the Three Caves venue is magical and add the band Mambo Gris Gris to the mix and you have an incredible evening.

I have actually had a little bit of extra time to reflect back on my Trip to France and begin looking back through the images I shot while there. I was asked by some dear friends, Jan and Rod Williams to travel to France to photograph their daughters’ destination wedding. I spent four glorious days documenting the wedding bliss of Ashley and Sean is Avignon and then headed back to Paris to “speed read” the city and photograph as much as I could. One of the abstract items I became enamored with the “padlocks of love” that encased the Ponts des Arts bridge. 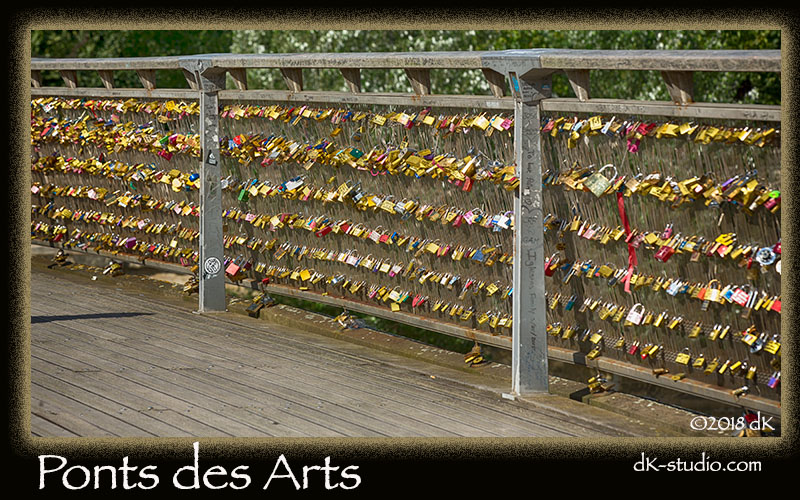 The tradition of newlyweds and lovers putting locks (Cadenas d’Amour) on the bridge and then throwing the key into the Seine river was meant as an expression of their love and an affirmation sealing that love forever. The tradition began in Paris in 2008 and over the years became a concern that the weight of the locks my affect the bridge and cause it to collapse. It became so much as issue that the City of Paris had to give consideration to what could be done. 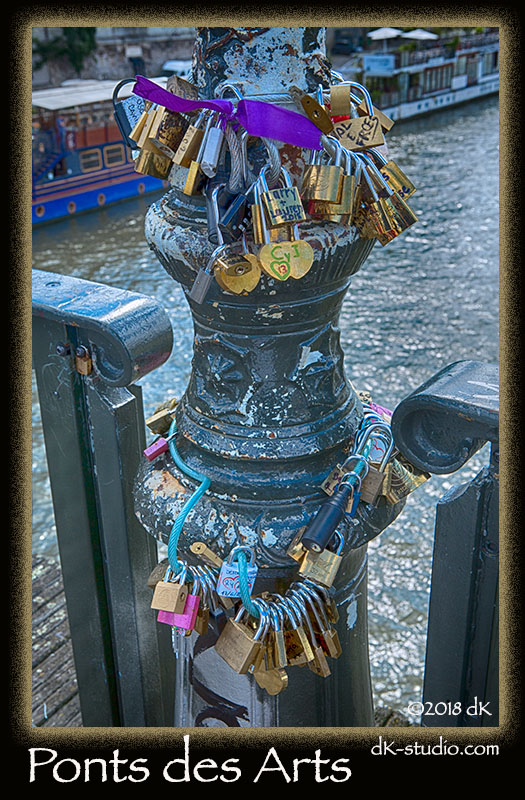 The social phenomenon became so popular by 2011 that the movement to remove then was reversed and the locks were left. But a mystery of disappearing locks did occurring causing the city to have to take safety measures to ensure the tradition could continue although sections of the fences the locks were on were disappearing. In 2015 the locks were estimated to weigh over 79 tons and the city feared it could cause the bridge to collapse and were removed. The tradition continues and so much so that padlock vendors have set up stalls at the entrance to the bridge allowing the statement of love to be a little easier and a little more spontaneous. 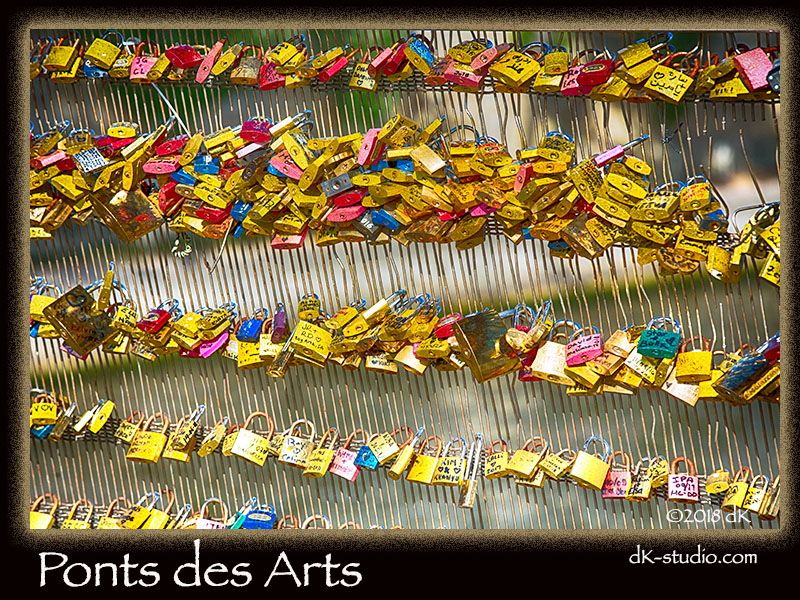