Hello and a very happy Monday morning. I spent the glorious weekend working around the house and trying to get things back in order after the remodel. I had to have a few new modifications done to the interior and now think I have come to a close at least on transforming the walls.

As most of you may know, I took a trip down the Tennessee Tom Waterway with my dear friends, David Milly and his finance DeAnn Fowler a few weeks back but it seems like only yesterday we were tugging lines. As time permits I relive the fond memories and attempt to look over the thousands of photos that I took along the journey from Huntsville to Orange Beach.

There were so many things along the way but I especially was looking forward to our stopover at Bobby’s Fish Camp, which lies south of Demopolis, Al.   The fish camp, which has been in business for over 60 years, has the only fuel pump between Mobile and Demopolis, a 240-mile stretch. In 1985 the then owner, Bobby Dahlberg, installed one pump on his dock, which provided him with the official designation as being the “smallest marina” of the Tenn.-Tom Marina Association. Bobby passed away in 2010 and his daughter, Ms. Lora Jane Dahlberg Mcllwain, now operates the Fish Camp. 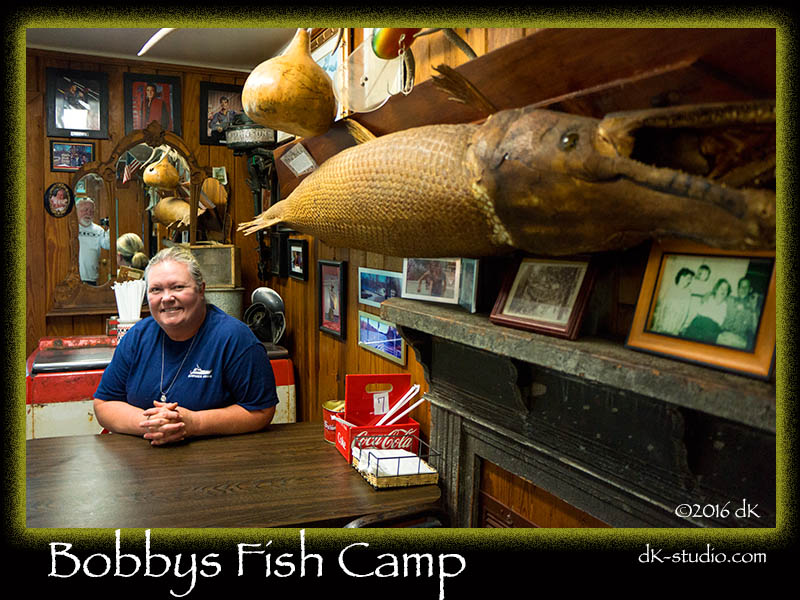 Stepping into the restaurant is like stepping back into time. It has a reputation for serving the best friend catfish on the Tenn-Tom and some say in the southeast. As you walk around and look at the walls you realize it is steep with family history and that is definitely Coke country – no Pepsi allowed. We received the grand tour by Ms. Lora Jane and she was quick to point out her family history, which lines the walls. The only disappointment was that we arrived on a Tuesday and the restaurant is only open for business Thursday – Saturday. So much for tasting the famous catfish dinner. 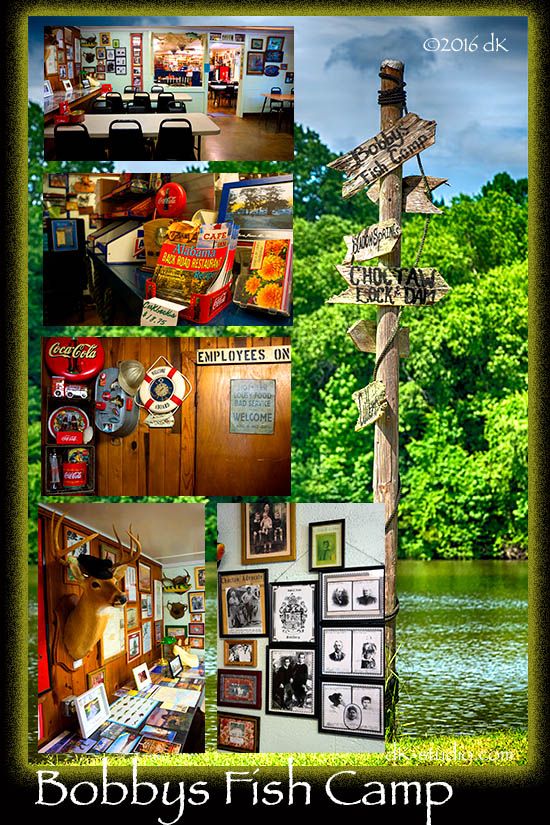 The Fish Camp is an icon along the Tenn-Tom and is a must see is listed as one the stops on the Great Loop cruising route by boaters or as they are affectionately known as “loopers!” The original 15×35 dock has been expanded upriver to a length of a 160 feet and is a first come first server tie down, best call ahead. There is a photo that shows a mass tie down of 17 boats at one point in time that extended out into the waterway. Although I was very disappointed that the restaurant was not serving there was nothing disappointing about spending the night on the most famous and smallest marina on the Tenn-Tom. We were even treated to a beautiful rainbow as a large island of lily pads floated by us. Bobby’s Fish Camp is truly a step back in time and a breath of fresh air. Many thanks to Ms. Lora Jane for the VIL (very important looper) tour. Enjoy!! 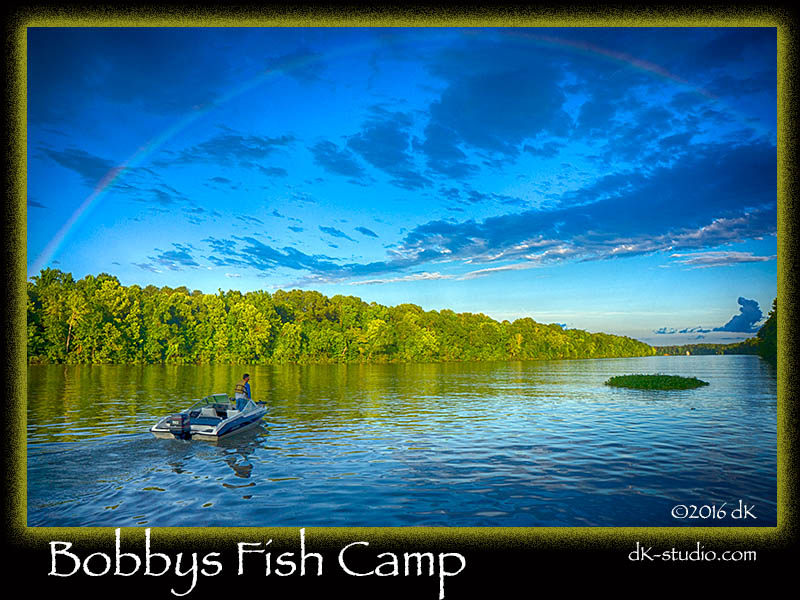