A very happy Monday morning to you!

For anyone that reads my blog, you may know that I’ve just returned from a two-week trip where I put over 2400 miles on my vehicle and touched 4 states. The last few days were a very unscheduled “couch surfing” adventure that came together and allowed me to make my very first venture to Bike Week in Daytona. I grew up in Tampa and spent many weekends surfing on the east coast, as well as, attended the Daytona 500 on numerous occasions but never found my way over to attend Bike Week.

Bike Week in Daytona is legendary and this year was the 74th annual hosting of the motorcycle invasion. Thousands of bikes and people of all shapes and sizes make the annual trek to show off, be seen and “heard!” This year’s attendance was estimated to be in the neighborhood of 500,000. 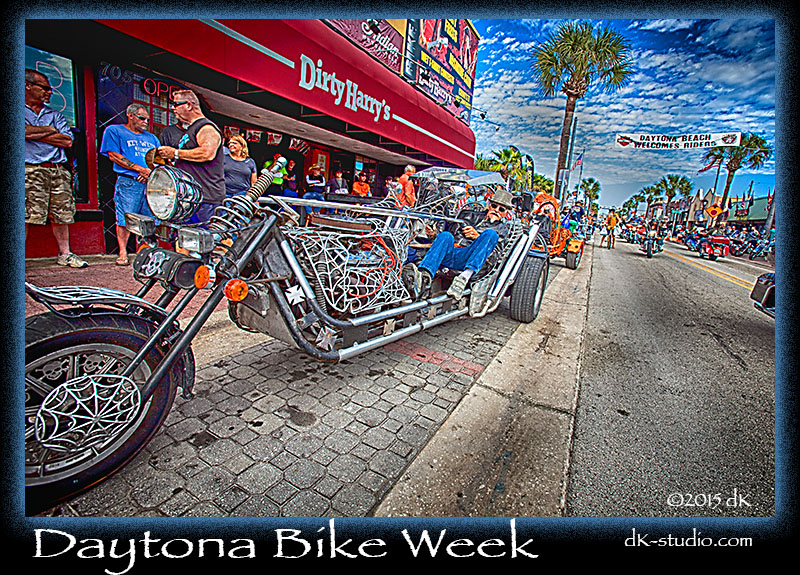 I was really looking forward to attending the event but knew that I would only be there for an afternoon, so with cameras in hand I tried my best to make the most out of my virgin voyage. My excitement was heighten by the fact but my good friends, Microwave Dave and the Nukes were making their annual appearance playing at the Main Street Station venue which as you might guess is right on Main Street where all the action happens. It was great to see them play to the crowd and hear the enthusiastic response that was fueled by cold libations and a thirst for the Blues. 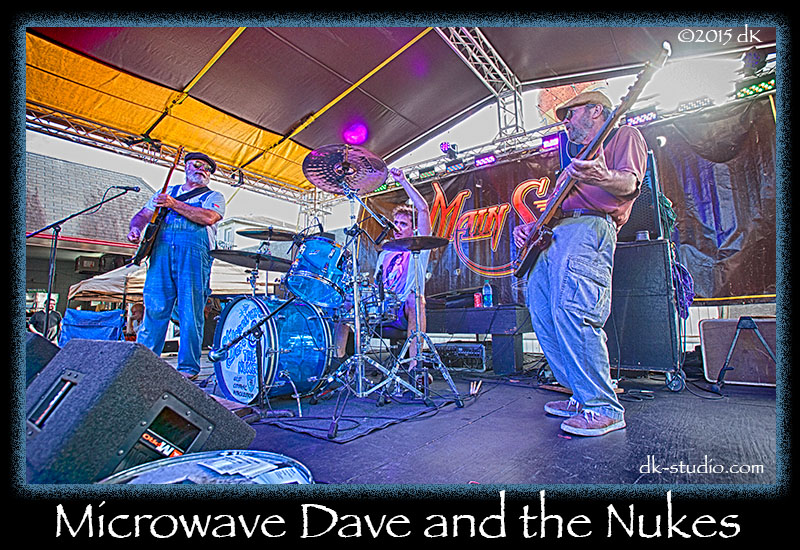 Apparently Bike Week has changed drastically from the very early days so it was not nearly as wild and crazy as it once was reported to be. There were still legions of beautiful women (clothes firmly in place) and amazing motorcycles to gawk at but I did not see any of the debauchery that it may have once been known for. It appears that Daytona has grown up …. “slightly!” Or maybe it was just that I was there on a weekday and the best was yet to come over the weekend. I think I just might have to find my way back for the 75th hosting of the event and allocate a few more hours to taking in the sights and sounds. ENJOY the ride!!! 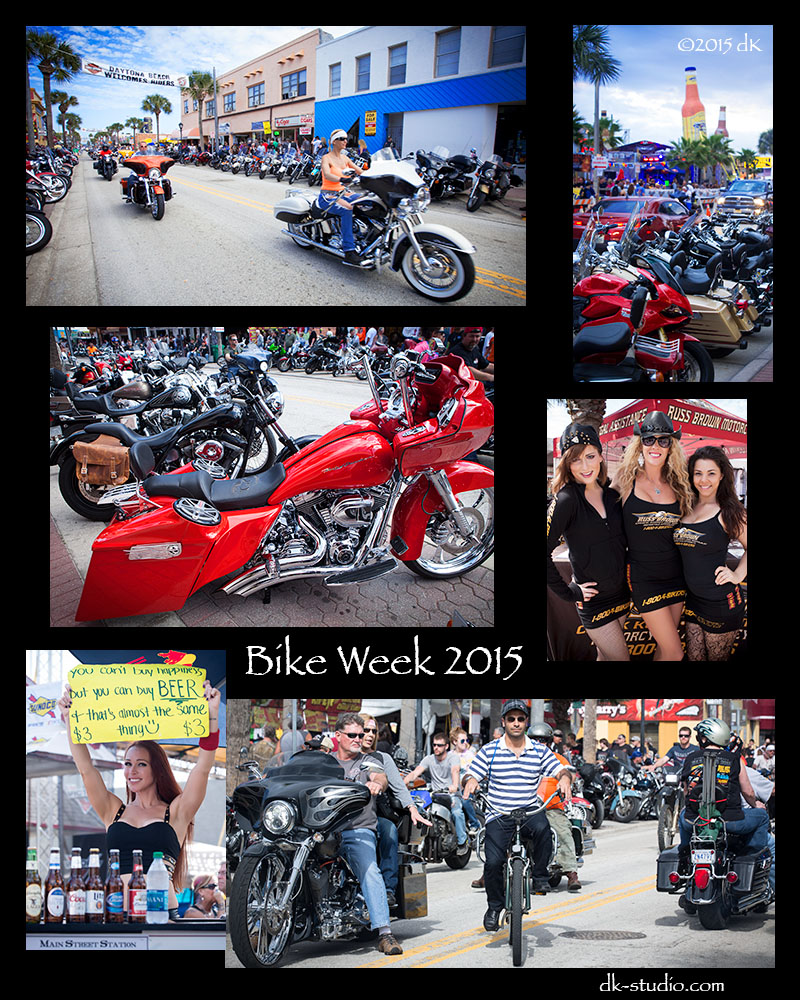 Please do keep us in mind for any upcoming photographic assignments. As well, give thought to our vast collection of stock imagery for your corporate needs. On the Road again!