A very happy Labor Day to you. It is the unofficial last weekend of summer! Like most people, I spent the weekend enjoying the start of the College football season and the victory of # 1 Alabama over # 3 FSU. Roll Tide!

Last week I was traveling in Texas splitting my time between Amarillo and Austin. I had a commercial shoot in Amarillo and knowing I was going to be in the state, decided to take a side trip to visit a dear Alabama friend in Austin for a few days. Unlike Houston, my Austin friends were very fortunate that Hurricane Harvey did not affect them nor did it affect my travel plans. I had not seen my friend and fellow photographer Don in quite a few years and figured it was time for a reunion. As an added bonus, I was able to schedule an amazing shoot with an amazing model while I was there.

On one of our free days, Don suggested we head downtown and tour the Texas State Capital. As they say, “Everything is Bigger in Texas” and the Capital building just magnifies that being the largest State Capital is terms of square footage, the sixth tallest state capital in the U.S. and is by design taller then the United States Capital in Washington D.C, by 23 feet.

I am a lover of architecture and history and this structure was a photographers dream. The Capital was completed in 1888 and houses the Texas Legislature and the Office of the Governor and is open to the public to tour. The building was added to the National Register of Historic Places in 1970 and was given the honor of being recognized as a National Historic Landmark in 1986. A replica of the Statue of Liberty sits atop of the Capital. 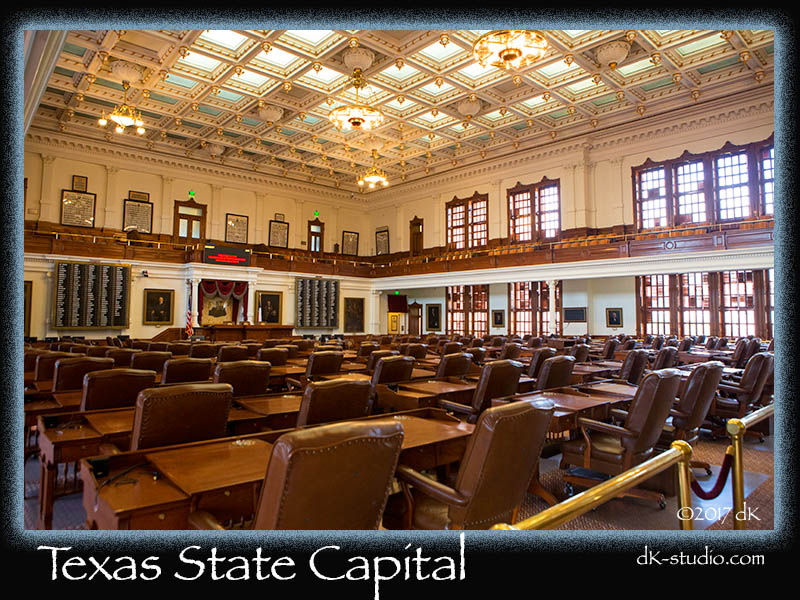 As you walk into the rotunda your breath is literally taken away with the magnificent nature of the art that is displayed and the beauty of the interior including the Capital dome. The interior of the rotunda features portraits of every president of the Republic of Texas and/or governor and includes paintings of David Crockett, the surrender of General Santa Anna at the Battle of San Jacinto and sculptures of Sam Houston and Stephen F. Austin. As you continue to walk through the capital you realize this is not only a place for politics but also a historical and artistic testament to the state of Texas and to the beginnings of the United States.

To say that I was mesmerized by the beauty and majesty of the Capital would be an understatement. As we left the building to walk the grounds I was taken back by the magnitude of monuments commemorating the rich history of Texas and to the individuals that have made a difference in the state as well as to events that have shaped our country. It was a day well spent getting a visual history lesson! ENJOY! 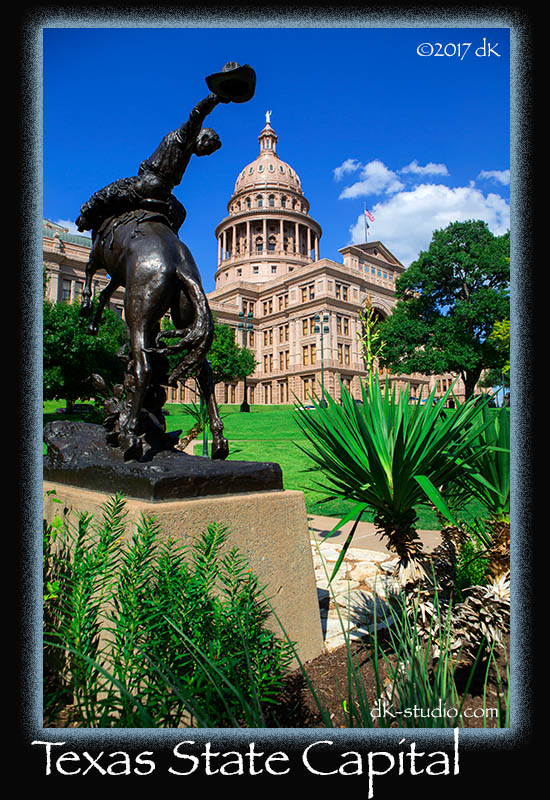