A very happy Monday morning to you all. What an exceptional weekend of fall like weather we were treated to this past weekend. It appears the hot days of summer are soon to be behind us. It is definitely “Football Weather!”

This past weekend I attended the Alabama A&M University Football Homecoming as the hosted their rival, the Arkansas Pine Bluff Golden Lions. Knowing it was going to be Homecoming and that the spectacle of college football is never bigger than on this weekend I called a long-time friend of mine, Bud McLaughlin who is the Sports Information Director of AAMU and asked if I might come out and document the festivities. He humored me and said yes.

Like any college football day, it all begins with tailgating and AAMU lacks nothing in this category. Individuals and organizations start filling up the George E. Jones Tailgating plaza days in advance picking their favorite spots and getting their smokers in shape for the days competition of getting their foodie game face on. As you look out over the mass of tents and RV’s you see smoke trail after smoke trail and the aroma of BBQ permeates the air as you make you way through and around the camps. Hospitality is the name of the game on this grilling gridiron and more than once I was offered a seat at the table!!! 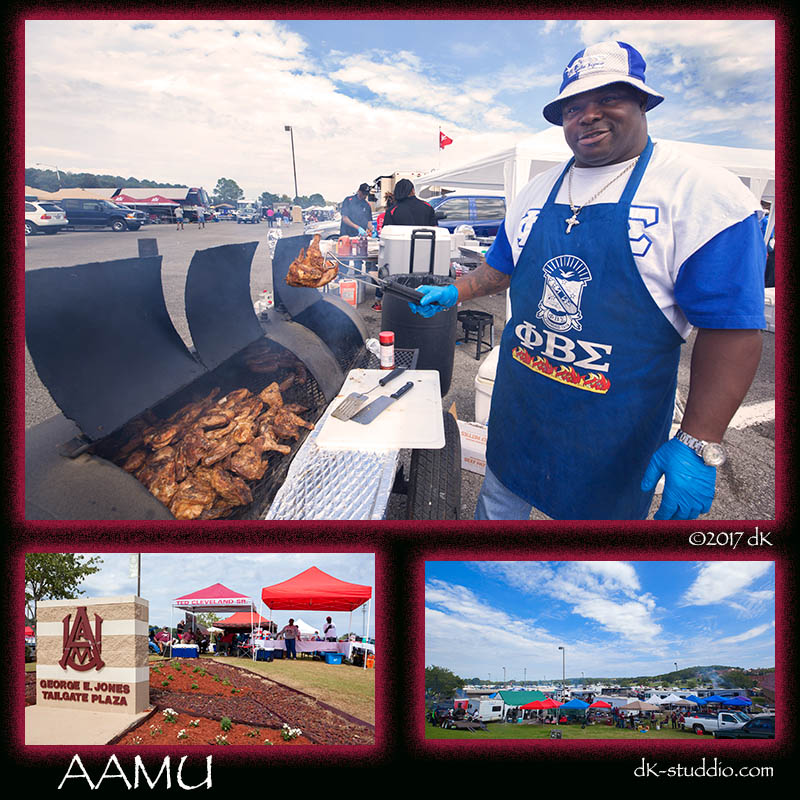 The AAMU Bulldogs play in the NCAA Division 1 for Football Championship Subdivision as a member of the SWAC – the Southwestern Athletic Conference playing their first game in 1912. The Bulldogs have won 6 SWAC Eastern Division Championships and have won 13 Conference Championships including Division 1 and Division II titles. The days festivities were filled with the pageantry of any major college sporting event and given it was Homecoming the excitement and community were extremely prevalent in and out of the stadium. As the bands and the football team took the field you knew you were in for a very special treat. 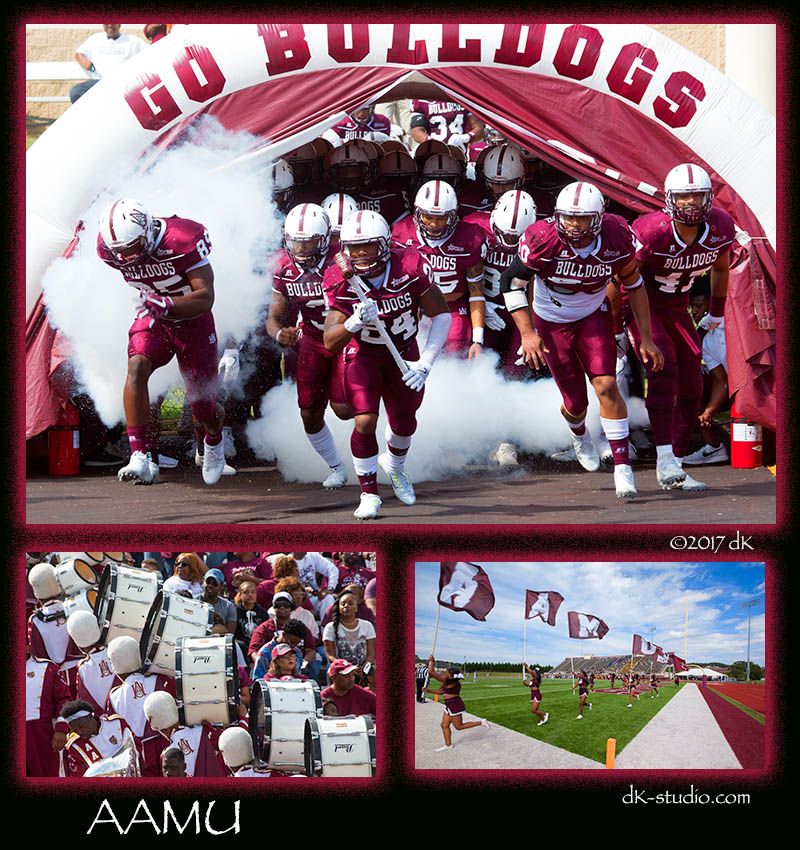 Teams and Universities that participate in the SWAC conference are known as much for the pageantry of their bands as much if not more so then the quality and excitement of the football game itself. I remember when I was growing up and working the concession stand at Tampa Bay stadium that when SWAC teams like Florida A&M played, the concession stands were packed until halftime and then promptly vacated while everyone took their seat to watch the Battle of the Bands. On this homecoming day, the battle on the field may have once again been “bested” by the festivities and pageantry of the Homecoming Court and the Battle of the Bands. 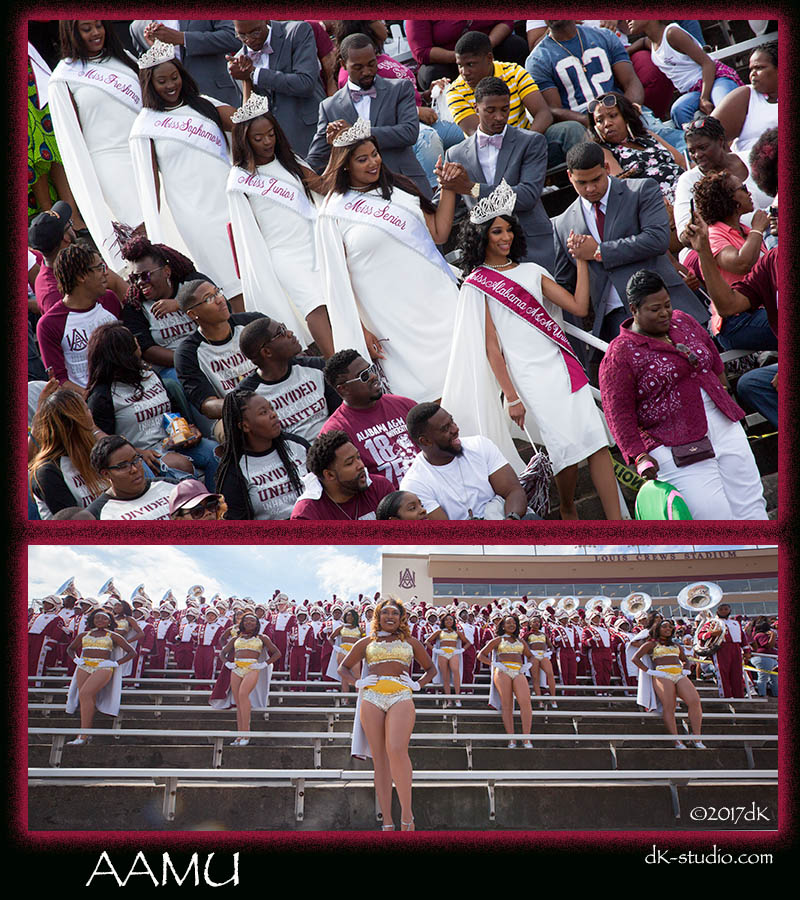 The day proved to offer everything that a Division 1 College football game has to showcase; tailgating, fans, football and halftime shows. It was a day full of college football pageantry and the good news is AAMU overcame all the obstacles to best Arkansas-Pine Bluff 27-14 as the clock ticked down to Zero. Enjoy!!! 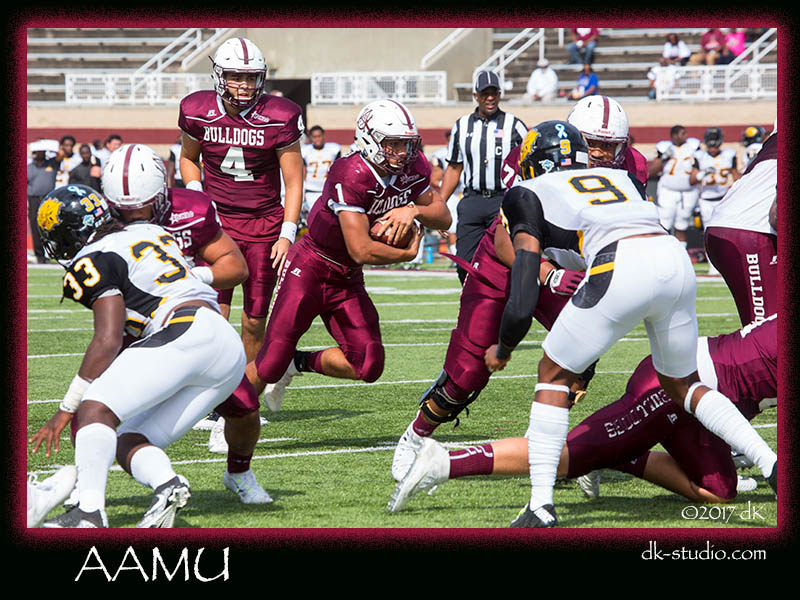