A Walk in Paris

Good Day and a very happy 4th of July week to you all. I am attempting to get back on track for my weekly blog but it appears that my trip to France to photograph a wedding for a dear friend of mine has me still trying to get back on solid ground and my time schedule. I hope you will not jet-lag your time as you celebrate our birthday on the 4th!

It is somewhat fitting to finally be able to breath and take a look back at my trip to France. The wedding of Ashley and Sean McDougle was spectacular in the south of France in Pardou. I was very fortunate to have been asked to attend and photograph the wedding by my dear friend and her parents Rod and Jan Williams. So for the first part of my trip to France was spent capturing the wedding bliss of Ash and Sean and once completed (3 lunches, 3 dinners, the rehearsal and the wedding) we headed back to Paris to enjoy the sights and sounds on what was to become a “speed-reading” travel extravaganza of the sights and sounds of Paris on 2 1/2 day tourist pass.

You see, my plan was to take an afternoon off from the group and take in all that I could with my goal to end up at the Eiffel Tower around dusk to capture the iconic monument in all of its glory. The idea of this great plan was to start about by taking a 2-½ mile walk to The Louvre and then find ample transportation to the Tower that is approximately an additional 6.5kms or 4 miles. In itself not a long hike but with the temperature and the amount of camera gear I was packing (and the 2-1/2 added on), not the smartest thing to do on foot. I knew I was not going to attempt to go into the Louvre and once I got there and saw the long line of tourists attempting to get in, I realized it was the right choice. 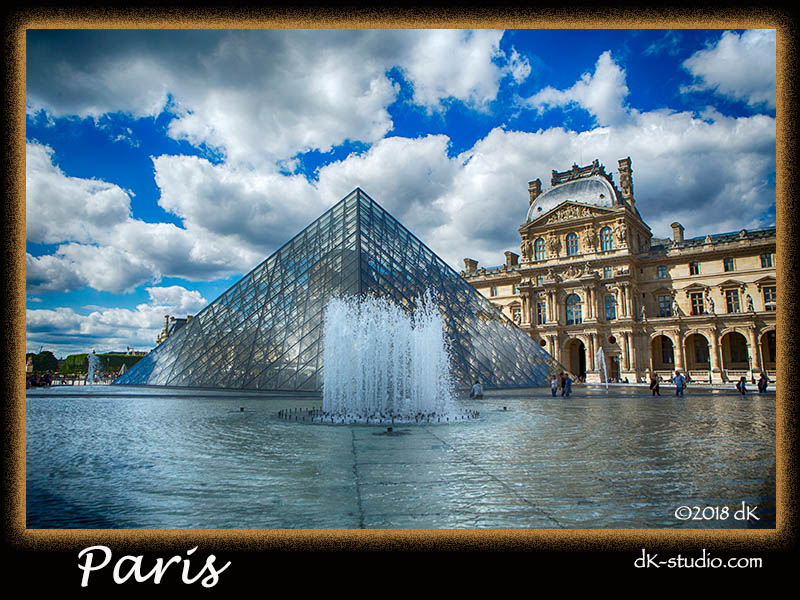 So once I satisfied my curiosity with the famous museum and made my way in and around the mass of tourists in the courtyard I decided to head across one of the bridges that goes over the Seine river and head west. Knowing all along that I was going to secure transportation somewhere along the way. Well at least that was the game plan. With each and every step I found myself in photographic bliss walking along the river and admiring and capturing everything in my “visual path”! It was as if time stood still but little did I know that walking did not. Finally I caught a glimpse of the Eiffel Tower in the distance and said to myself it can’t be that much further. As I walked and walked and walked I finally came across what is notably considered the most ornate and extravagant bridge in Paris, the Pont Alexandre III that connects the Champs-Elysees quarter to the Invalides and Eiffel Tower. It seemed like I had been walking for days instead of hours. The iconic and historical bridge with its golden cherubs, nymphs and winged horses was built between 1896 and 1900. 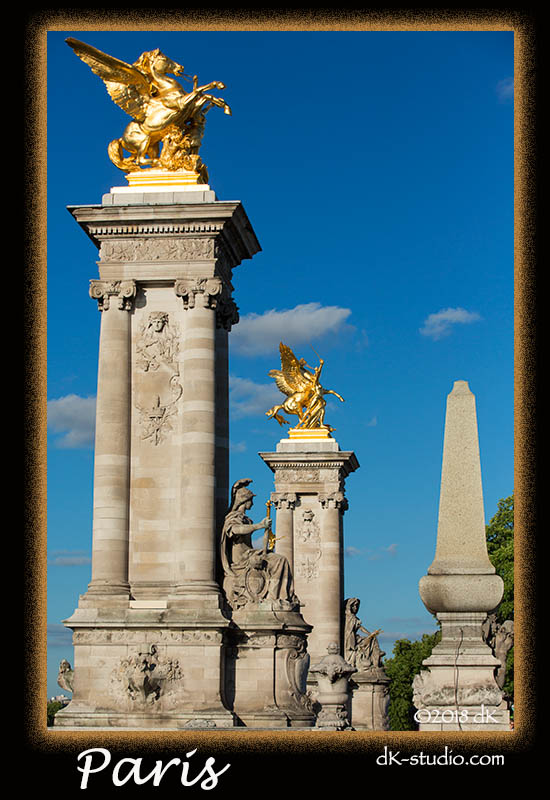 As I began to realize that my mission and my journey were coming closer to a realization the thought struck me that I had not eaten all day and that my walk-about and had only included one bottle of water along the river route. It became very obvious to me that I was in need of hydration so I popped into a local “hydration sidewalk café” and took in a gallon of water and a pint or two of a local brew. Once completed and revived again, I was back on my way knowing that I had to be close. As I dove into the city, the top of the tower played hide and seek with until I finally turned a corner to see it in full view with all of its majestic glory. The Tower is as awe inspiring as any photo I have seen. And it is, by all accounts, the defining monument of Paris. 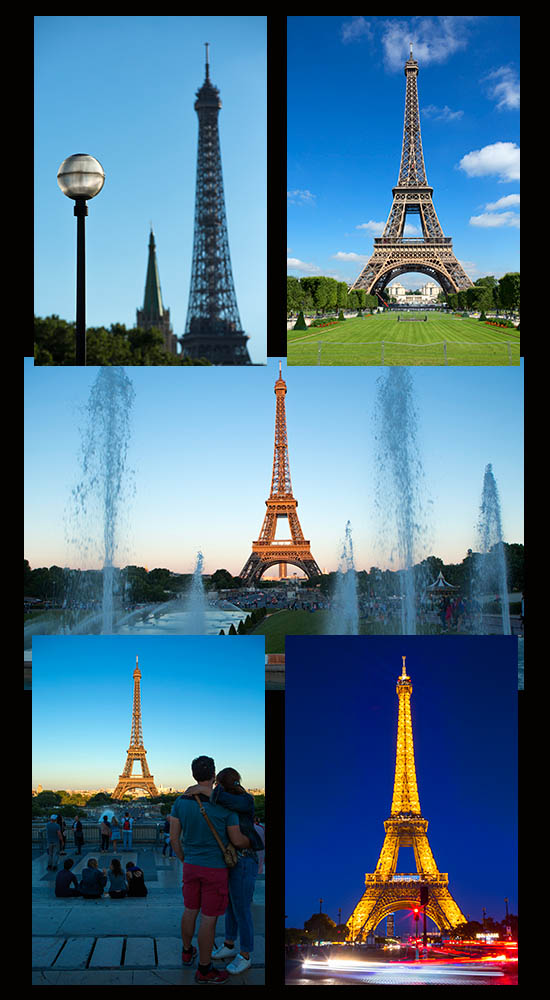 I had finally made it and all that was left was to wait until the sunset and the lights came on. Little did I know that the sun did not set until after 9 pm and I had an hour or so on my hands before that was to occur. Like every other tourist waiting on that magical moment, I wandered around looking for the perfect spot only to find out that most of those “perfect spots” were blocked or protected by barricades. So I continued to my journey until the sunset and the tower began to radiate with its after glow. It was truly an amazing site. Was it worth the “day trip” of walking all the way there? Well my body said no but the final results said yes. The only thing left was to hail a taxi back to the hotel. “Au revoir et au revoir!” 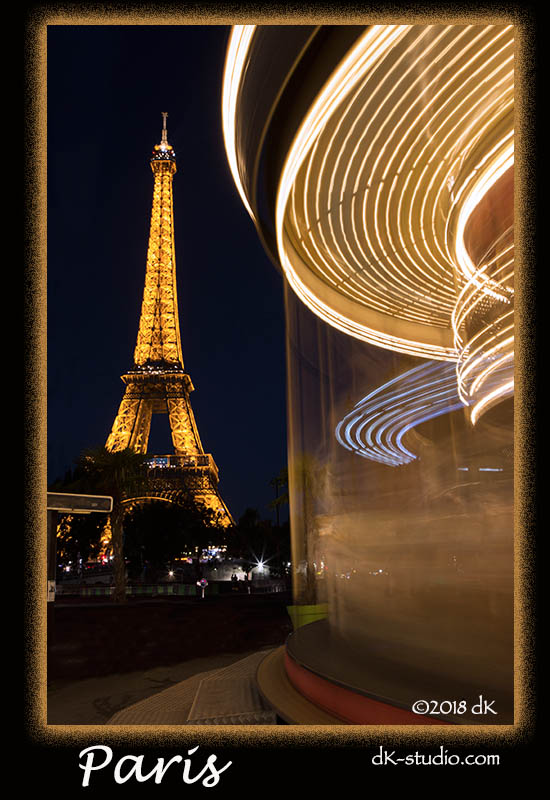