A Snow Kind of DAZE

A very good Monday morning to you! I hope that you were able to find a way to stay warm during the southern arctic blast that found it’s way here. I thawed out some of my homemade chili and was able to at least put a little heat on the inside.

One year ago, almost to the day, I was in Pensacola Beach and “island locked” due to a severe ice storm that had hit the area and closed access to the island for 3 days. Not a bad place to be if you are iced in but totally unexpected for sunny Florida. One year later the south faces the freezing temperatures of an arctic blast that brought some snow and ice. Something that is very common for our friends to the north, but such a rarity here we plan for days of discomfort by buying gallons of milk and loaves of bread. I just wish I had bought futures in dairy.

When it snows the inner child comes out in me and I find myself, no matter the temperature, needing to get out and play. Of course “play” these days consists more of photography than snowballs and snowmen. Although it lasted less than 24 hours, the snowstorm did offer some opportunity to capture its beauty so off I went. Knowing that limited time, I chose to focus my attention on downtown Huntsville. So I headed out to one of my favorite “aerial” haunts where I had the perfect vantage point to capture the city. 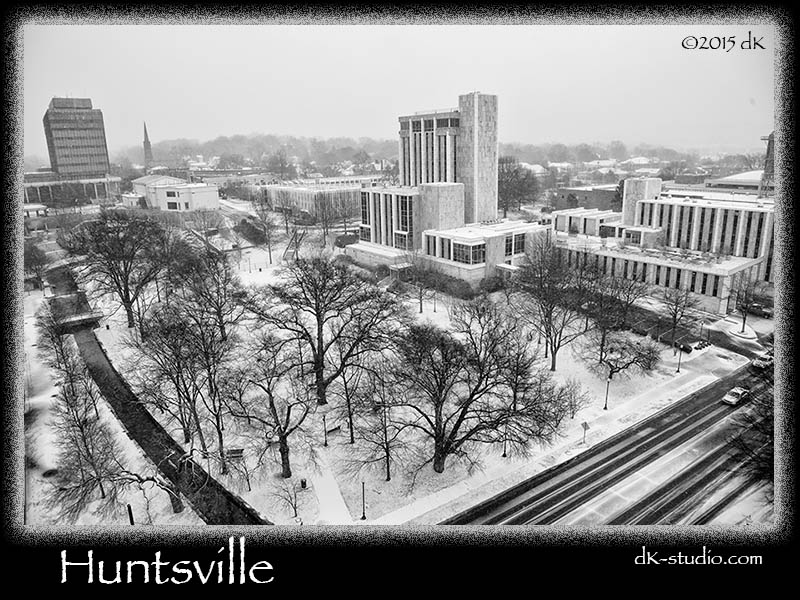 Once I had photographed all there was to capture and frozen to the bone, I choose to head to the streets to find any like wise individuals willing to brave the elements. The snowflakes were large and the wind was swift and bitter. The streets were mostly vacated except for the few that were looking to take the chill off with an appetizer and libation. My guess was that most of the downtown watering holes did not last long into the evening. 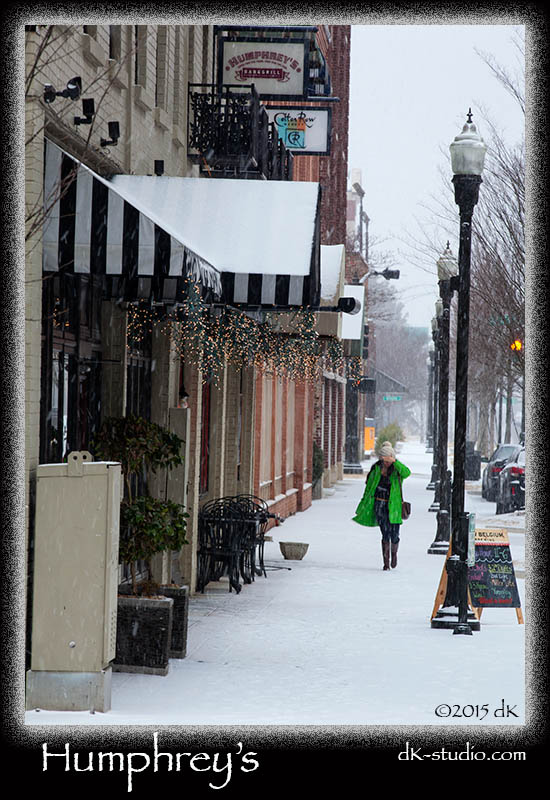 With the light slowly slipping away I decided to make a slow and safe trek back to the house with the idea of capturing that last “final” image. My biggest desire was not to bust my bums on the ice or find my vehicle on a roller coaster slip and slide. As I ventured out of town I decided to take a side trip to the old depot. Once there I realized I had made a good decision. I just imagined it as it once was during its heyday! I will gladly admit that our snowstorms leave a lot when compared to what they see and endure to the north of us. But for that brief time, it was Beautiful! ENJOY!! 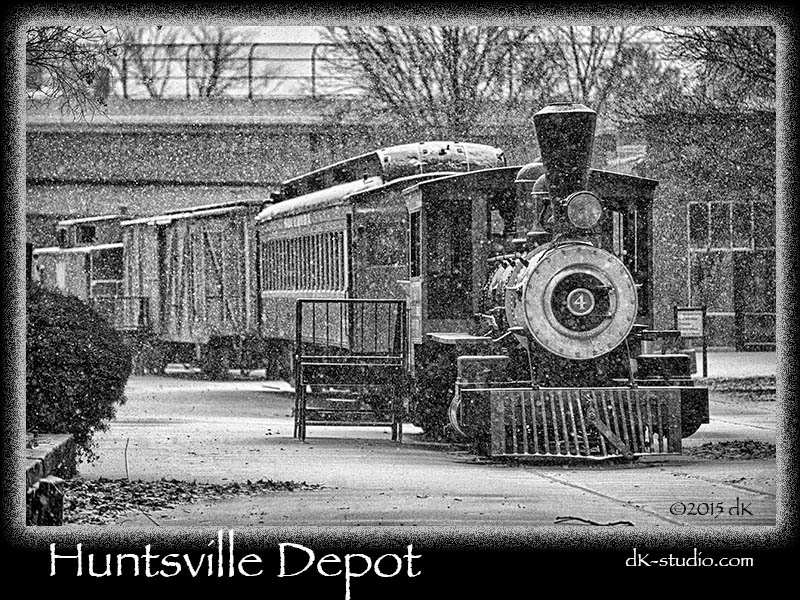 Lets make 2015 a year of stellar photographic memories. For all of your stock imagery needs whether it is art for editorial, corporate or private collection, look no further! We may have exactly what you need. PLEASE keep us in mind for any upcoming assignments you may have.