A Day of Remembrance

A Very Happy Monday morning to you all. I hope you are in preparation for the projected “blizzard” and cold that the weatherman is predicting that is on our way. You know loaves of bread and gallons of milk!!!

In looking over the news, two major things were brought to mind that occurred this month in history that are very relevant to my photographic career and my past. On January 26, 1983 the legendary Alabama coach Paul Bear Bryant passed away and on January 28, 1986 the Space Shuttle Challenger exploded 73 seconds into its mission. I was fortunate to have had a very positive connection to both; one as a freelance sports photographer working as a “stringer” for the Decatur Daily and the other as an full time Aerospace photojournalist for NASA at the Marshall Space Flight Center. I would venture to guess that most of you living in this area remember the day and where you were.

I was very fortunate to have had the opportunity to cover Alabama football and cover the last couple of years of Coach Bryant on the sidelines. Mementos and memories include covering his record setting 315th win against Auburn, covering his last game at the Liberty Bowl, having a photograph appear with his obituary in Time magazine and having a the photo below autographed by Coach Bryant 2 days before he passed away. Many have asked how I became an Alabama fan since I grew up in Florida and I say it all started with my time photographing the Bear on the sideline. Roll Tide! 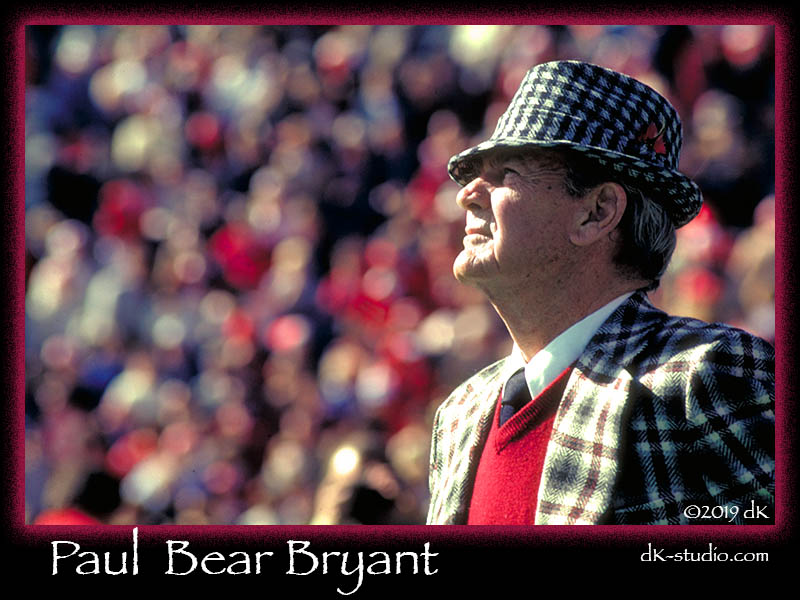 The second major happening would be the Space Shuttle Challenger disaster that occurred on January 26, 1986, 33 years ago today. I had the amazing opportunity with my job to have covered many shuttle launches from Kennedy Space Center and I was suppose to travel to travel to the launch but my trip was cancelled and I was at work at the Marshall Space Flight Center. I remember I was out shooting an early morning assignment when I returned to the MSFC photo lab. As I walked into the building one of my co-workers said I needed to head to the conference room and that the Challenger had exploded. It was my first experience with a major disaster while working for the agency. Components and materials from the vehicle were brought to Huntsville and to our lab where they were painstakingly cleaned and analyzed. It was the one and only time I had to use my top-secret clearance.

I was fortunate enough to go back for STS-26, designated as the “Return to Flight” with the Space Shuttle Discovery on September 29, 1988. Until the end of my retirement in 2000 I was able to have the absolute pleasure of photographing many more shuttle launches. Houston, we go for Lunch!!! 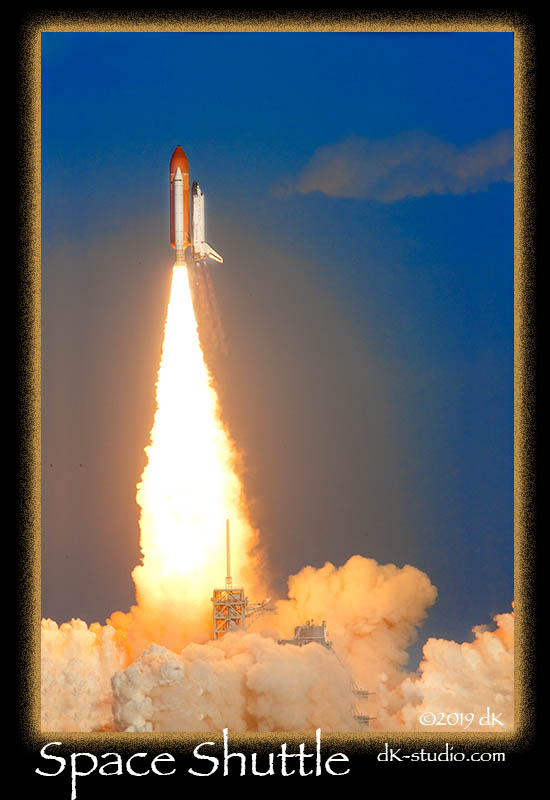