50 Years ago this week, three men set off on an adventure that would change the course of time. Fulfilling a 1961 mandate by President Kennedy to send a man to the moon and return, astronauts Michael Collins, Buzz Aldrin, and Neil Armstrong were chosen to make the voyage. In a speech Kennedy said, “ I believe that this nation should commit itself to achieving the goal, before this decade is out, of landing a man on the Moon and returning him safely home to earth.” The Space Race was on. 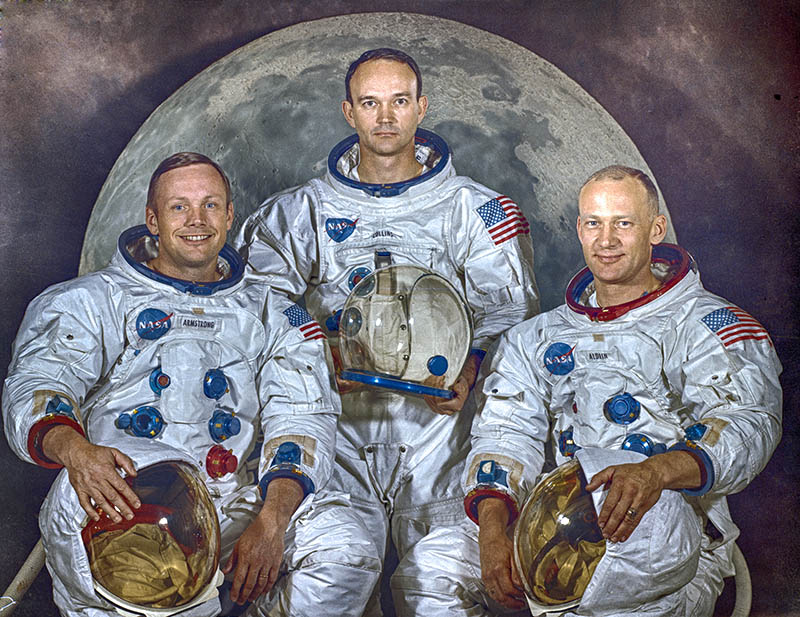 The Apollo 11 mission that took 8 days to complete launched from Kennedy Space Center on July 16 at 13:32 GMT (8:32 AM CST) with an estimated crowd of over one million spectators watching from the beaches and highways in the vicinity of the spaceport.

My NASA career was not even in the design stage yet because I was still in high school. I so vividly remember sitting at my friends house Bryan McElroy, and watching the lunar activities on his black and white TV as they stepped on the moon and then, as we did most weekends, we gabbed our surf boards and headed over to Cocoa Beach. Little did I know at that time that I would end up chasing my own space dreams at the Marshall Space Flight Center documenting the Shuttle era. 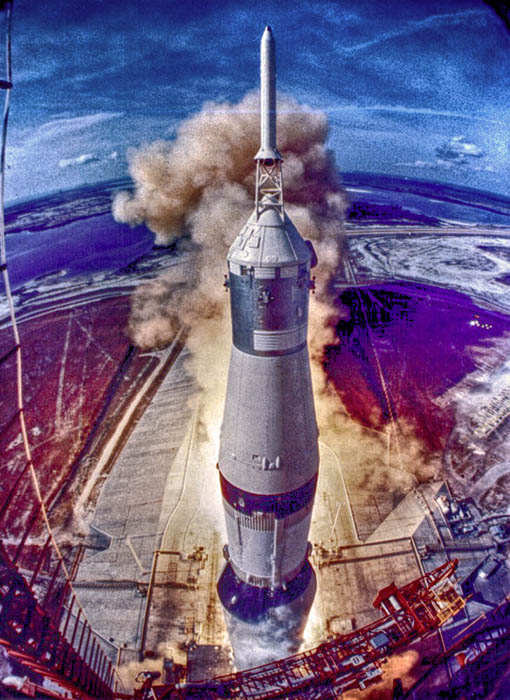 Apollo 11 entered the earth’s orbit at an altitude of 110.4 nautical miles 12 minutes into its flight. After one and a half orbits a second ignition of the S-IVB engine pushed the spacecraft into its trajectory toward the moon. On July 19, at 17:21 GMT, Apollo 11 passed behind the Moon and fired its service propulsion engine to enter lunar orbit. For 30 orbits the crew saw views of the chosen landing site, the southern Sea of Tranquility. On July 20 at 12:52 GMT Commander Neil Armstrong and Pilot Buzz Aldrin entered in the Lunar Module and began preparations for their historic journey to the surface of the Moon. 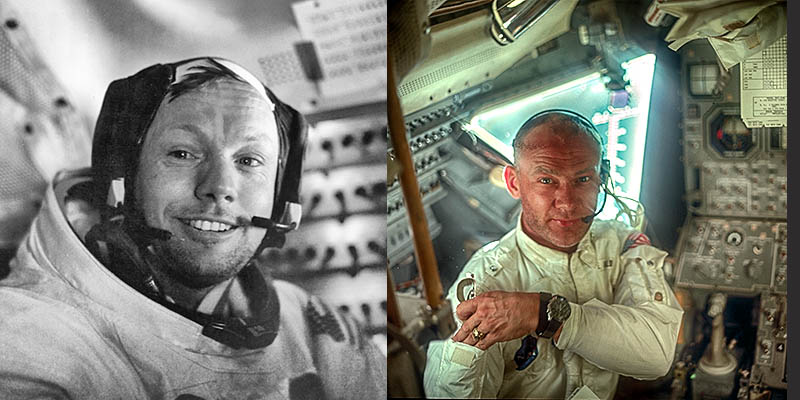 At 17:44 GMT the Lunar Module Eagle separated from the command module Columbia. As the Eagle headed towards the Moon a few issues arose with the speed of the Lunar Module and the guidance system causing issues with trajectory. As the module got closer to the surface Armstrong realized the new landing target was a crater filled with boulders and took what was termed “semi-automatic control” of the vehicle and maneuvered the spacecraft towards a clear patch of ground. 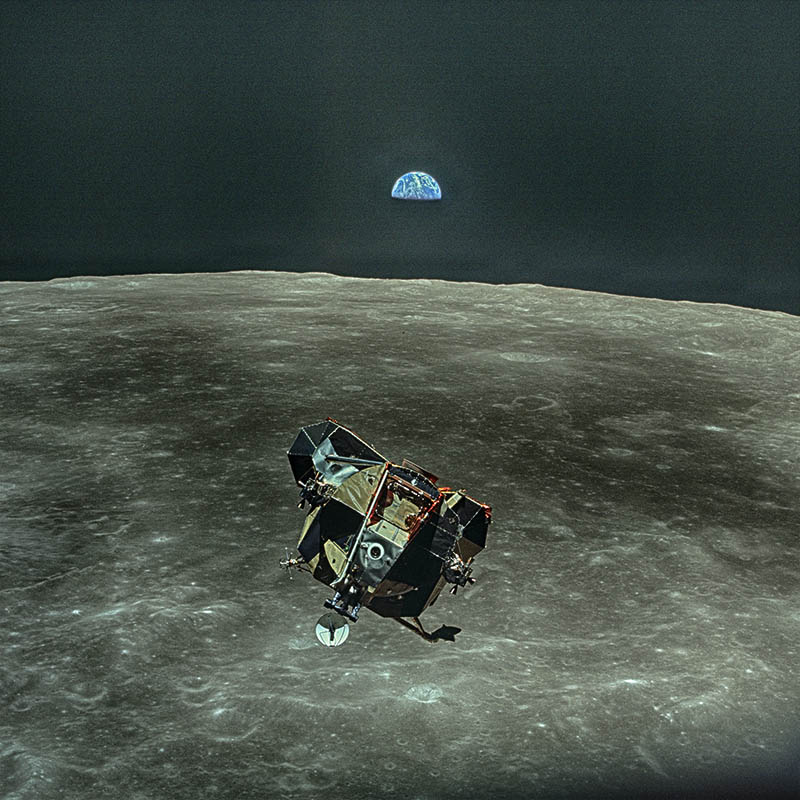 The Eagle landed on the lunar surface at 20:16 GMT on Sunday July 20. Once all the verifications were checked, Armstrong exclaimed. “ Houston Tranquility Base here. The Eagle has landed” which indicated to listeners that the landing was complete and successful. From Mission Control Charles Duke replied, “Roger, Twan– Tranquility, we copy you on the ground. You got a bunch of guys about to turn blue. We’re breathing again. Thanks a lot.” It then took over 3 1/2 hours of preparation before they were ready to begin the EVA. The hatch was opened at 2:39:33 GMT and at 2:51 GMT Armstrong began his descent to the lunar surface. Six and a half hours after landing. Armstrong stepped to the surface and declared the immortal statement, “That’s one small step (a) man, one giant leap for mankind!” Aldrin followed down the ladder and was photographed as he descended to the surface. 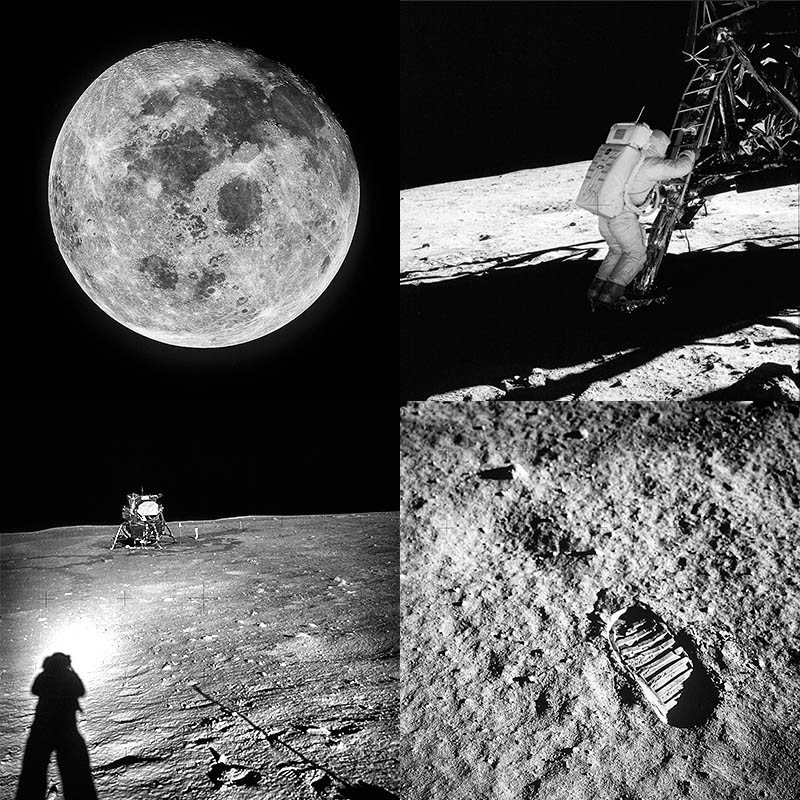 The two astronauts spent over 2 1/2 hours on the surface performing numerous tasks including planting the U.S. flag, collecting rock and dust samples and placing a Apollo 1 patch in memory of the astronauts Chaffee, Grissom and White who perished in a fire during a test on the launch pad. They also placed a memorial bag containing a gold replica of an olive branch as a traditional symbol of peace; and a silicon message disk carrying that contained goodwill statements by Presidents Eisenhower, Kennedy, Johnson, and Nixon along with messages from leaders of 73 countries around the world. The disk also carries a listing of the leadership of the US Congress, a listing of members of the four committees of the House and Senate responsible for the NASA legislation, and the names of NASA’s past and present top management. 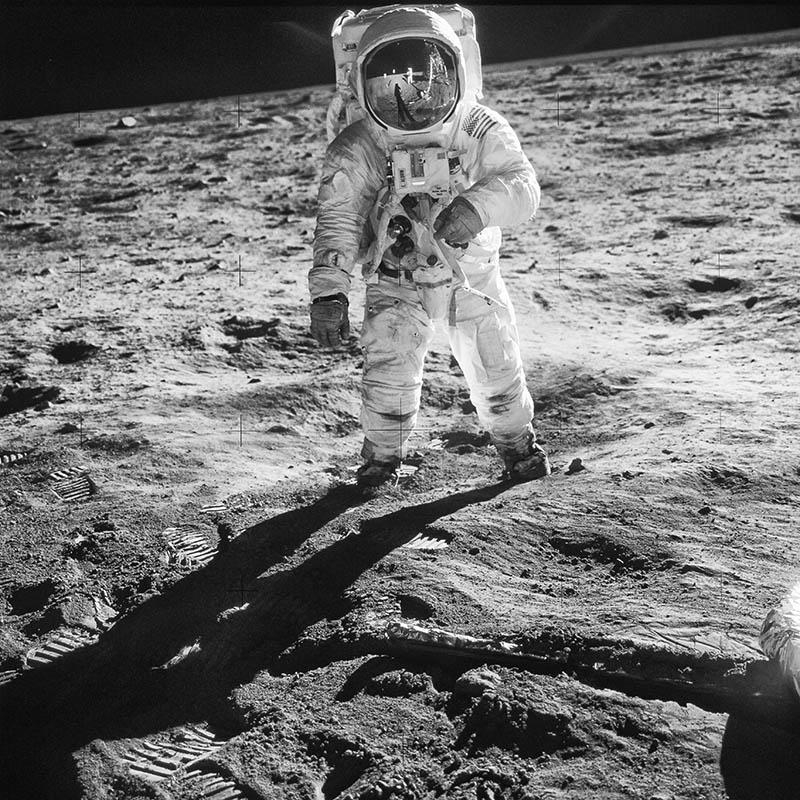 Once the mission was complete they climbed back into the module and spent the next seven hours resting until the crew was awakened by Mission Control and asked to prepare for the return flight. Two and ½ hour later they lifted off at 17:54 GMT. During this time period Collins was in preparation to receive or if necessary to retrieve the Eagle. As luck would have it, all went well and at 21:24 on July 21 the Eagle rendezvoused with Columbia. The Eagles ascent stage was jettisoned at 23:41. It was now time for their return home. 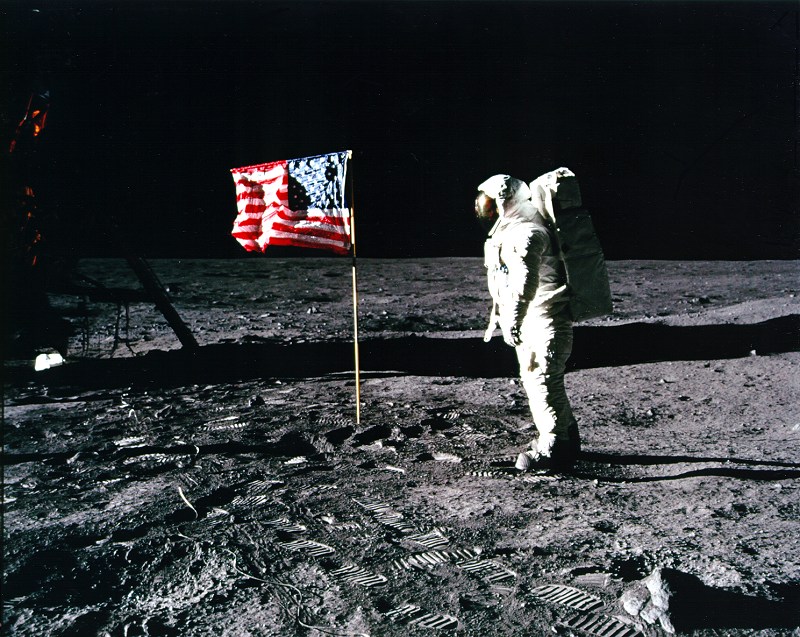 On July 23, the last night before splashdown, the three astronauts made a television broadcast in which Collins commented:

… “The Saturn V rocket which put us in orbit is an incredibly complicated piece of machinery, every piece of which worked flawlessly … We have always had confidence that this equipment will work properly. All this is possible only through the blood, sweat, and tears of a number of people … All you see is the three of us, but beneath the surface are thousands and thousands of others, and to all of those, I would like to say, “Thank you very much.”

“This has been far more than three men on a mission to the Moon; more, still, than the efforts of a government and industry team; more, even, than the efforts of one nation. We feel that this stands as a symbol of the insatiable curiosity of all mankind to explore the unknown … Personally, in reflecting on the events of the past several days, a verse from Psalms comes to mind. “When I consider the heavens, the work of Thy fingers, the Moon and the stars, which Thou hast ordained; what is man that Thou art mindful of him?”

“The responsibility for this flight lies first with history and with the giants of science who have preceded this effort; next with the American people, who have, through their will, indicated their desire; next with four administrations and their Congresses, for implementing that will; and then, with the agency and industry teams that built our spacecraft, the Saturn, the Columbia, the Eagle, and the little EMU the spacesuit and backpack that was our small spacecraft out on the lunar surface. We would like to give special thanks to all those Americans who built the spacecraft; who did the construction, design, the tests, and put their hearts and all their abilities into those craft. To those people tonight, we give a special thank you, and to all the other people that are listening and watching tonight, God bless you. Good night from Apollo 11”

On July 24 the Columbia reentered the earths atmosphere, with the drogue parachutes being deployed at 16:44 GMT the Columbia splashed in the Pacific Ocean seven minutes later roughly 215 nautical miles from the original designated destination due to a massive storm front. The Astronauts were safely recovered and spent the net 21 days in quarantine.

On August 13, Armstrong Aldrin and Collins were given a hero’s welcome and treated to a ticker-tape parade in New York City and Chicago. The celebration was the beginning of a 38-day world tour that took them to 22 foreign countries. 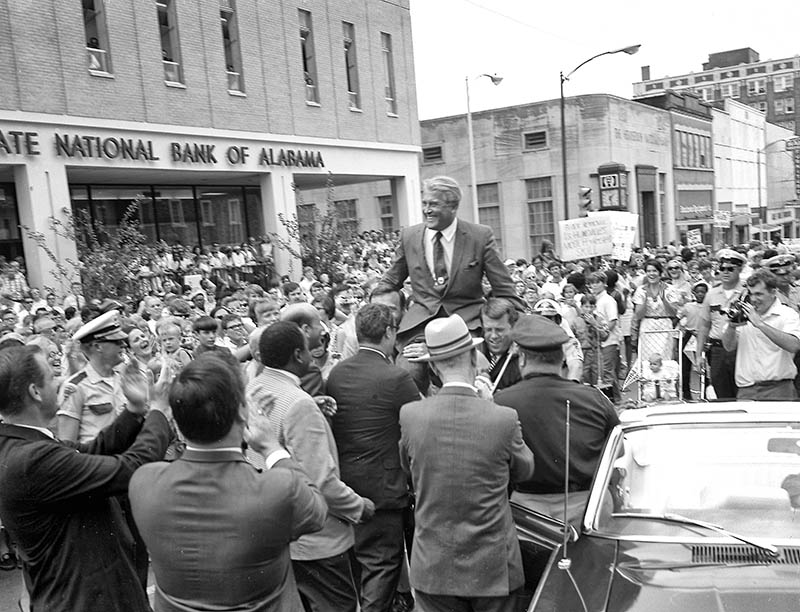 It is Unfathomable to think that ANY story(s) about the history of the space program would not include mention of the Marshall Space Flight Center and Huntsville, AL and all that was done to make the Apollo 11 Lunar Landing the most monumental achievement known to MAN!

On that day, they were “Dancing in the Streets!”