I am writing today from San Diego, California, on the first day of the New Year. I hope that 2018 turned out to be a good year, and I am wishing you all the best for 2019.

I spent Christmas in Phoenix, Arizona, like I have for many years celebrating the holiday with family and friends and thoroughly enjoying the extra time I got to share with my two nieces, 5 great nieces and nephews and two great-great nephews. It’s the special times I get to share with them that makes me cherish the title “Uncle Dennis” so much more.

Most of the week was spent attending numerous holiday festivities, but the one activity I was so looking forward to going with my nieces and nephews to Payson, AZ to play in the snowstorm they were expecting. As we were driving into the city, we began to realize that we might be in for a more active snowfall then had been originally forecast. As we turned east, we headed directly into snow flurries that confirmed we were in for a real treat. Our chosen destination was the visitor center that has an overlook for the Mogollon Rim. 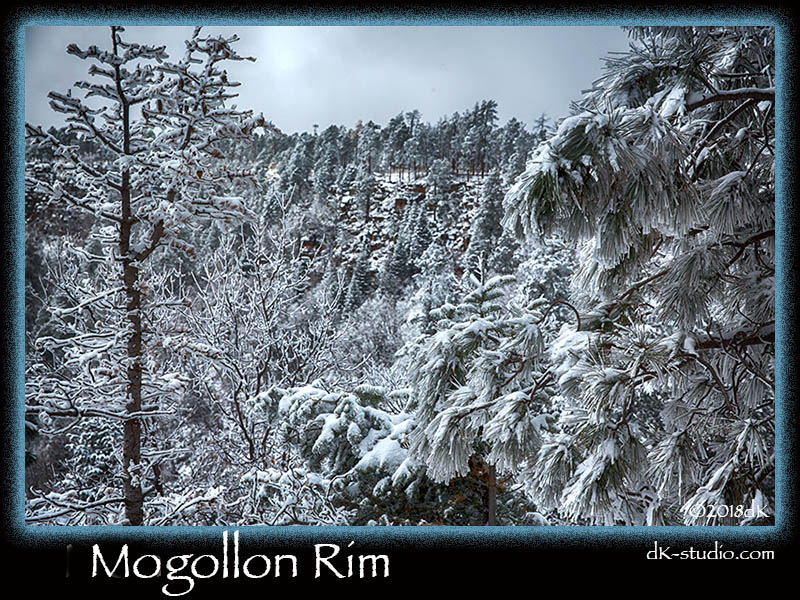 The Mogollon Rim is about an hour and a half drive from Phoenix with elevations rising to over 8.000 feet making it the perfect day trip when snow is predicted. And boy did it snow. The forest was transformed into a winter wonderland and made for the perfect day for a family outing. 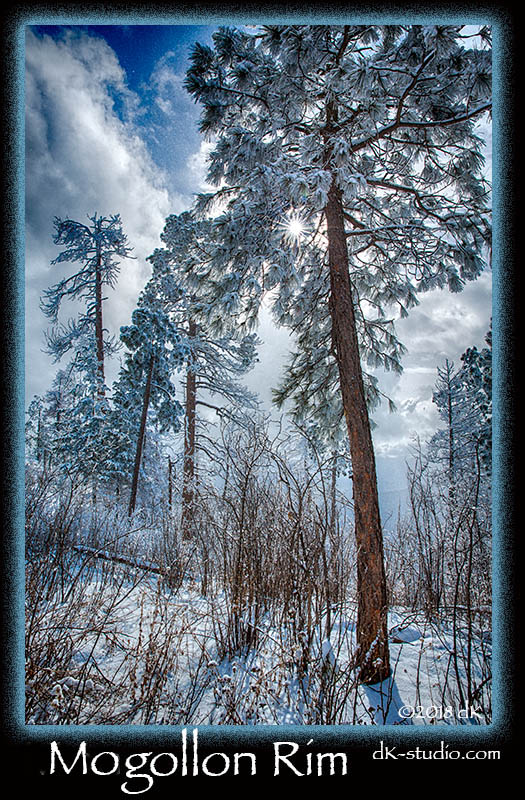 It was was an absolutely magical day and made for some extremely memorable times and photographs. At moments there were white outs with the snowdrifts blowing past you and as times the sun to peak through to highlight the beauty of the day. Most importantly, I was able to share the day with my nieces and nephews making it an ever so special Christmas gift for me. 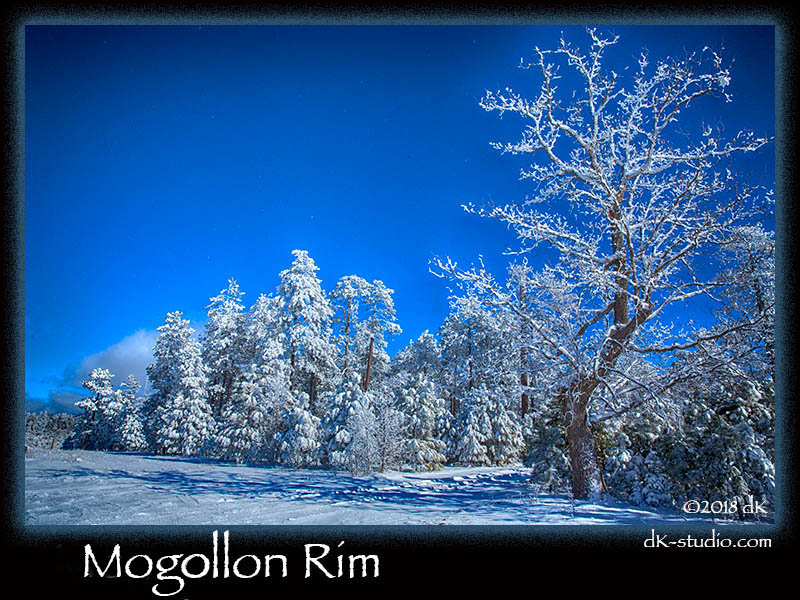 It was such a majestic day in the snow, that I decided to delay my departure from Phoenix one day. I talked my former assistant and friend Herb Stokes to driving back up to the area and spending a full day dedicated to photography. It was well worth the decision. An over night snowstorm filled the forest with fresh snow, and the sun was out in full force. It could not have made for a more perfect day for photography. With temperatures in the single digits and the will chill factor dipping into the minus column, it was a challenge but well worth every minute of having to endure the winds and at times the knee-deep snow to capture the beauty of the white enchanted forest. After a full day of playing in the snow, there was nothing left but to pack our bags and head south leaving the snow and chill behind. 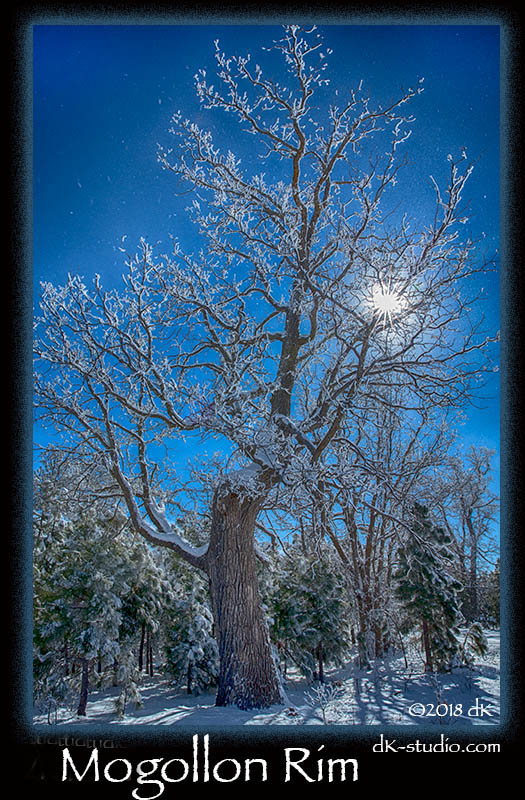 As if that was not enough sensory overload, as we drove home and into the low desert, we encountered an abundance of saguaro cactus and made the decision to stop along the way to capture a totally different aspect of Arizona beauty. Thinking that there was absolutely nothing left in the tank, we were offered one last gift that put a crescendo on the day. We stood in awe as we were left witnessing an amazing sunset as it slowly descended behind the mountaintops. It was the perfect ending to the perfect day or so we thought.

We did have one more thing to do and that was to head to a local watering hole to toast the wonder day of photography and to watch the Crimson Tide move one game closer to winning another National Championship!!! 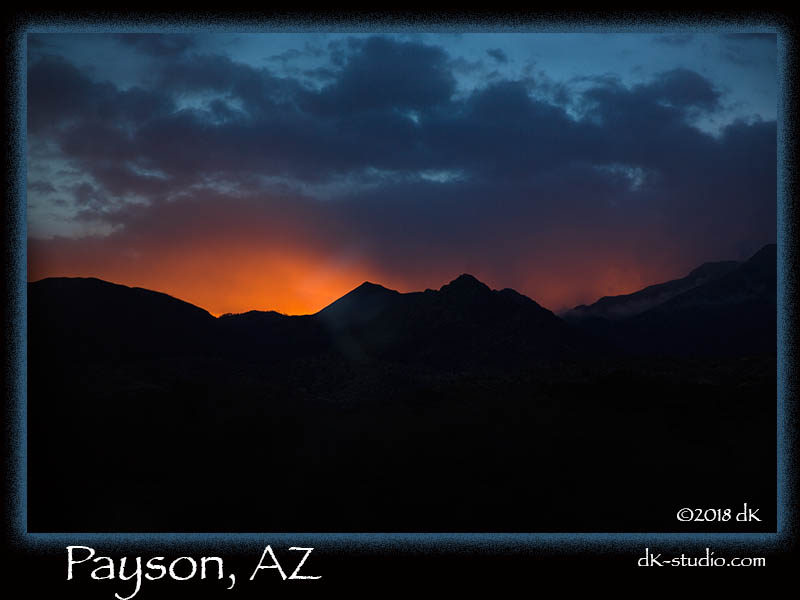