A very lovely Monday morning to you all. What a fabulous weekend for College Football. Week two is already in the books and the SEC is looking pretty good.

Friday morning I woke up to a text that said, “we are unable to go to the Alabama vs. Arkansas St.” game and would I be interested in two tickets for the game on Saturday in Tuscaloosa. At first I thought my friends phone had been hacked so I responded thinking it was going to be a joke. Fortunately it was not and I was elated to accept the offer to head to T-Town and watch the game at Bryant Denny Stadium. After picking up the tickets I was even more elated to find out the location of the seats and began my quest to find a travel and sports companion. I knew that one of my best friends, Phil Sowder, had never been to a college football game much less to the hollowed ground of Bryant Denny Stadium and so I was excited when he accepted.

Saturday morning I packed the cooler and made a call down to T-Town to see if one of my BAMA buddies, Cotton DeMarcus would be tailgating in the RV section and the answer was yes. I knew at that point we were well on our way to an absolutely amazing football experience and south we rolled! One of the icons when you roll into the city is off university and every time I have come to T-Town I swore I would stop to photograph it and this time I did. The neon sign at the Moon Winx Lodge! 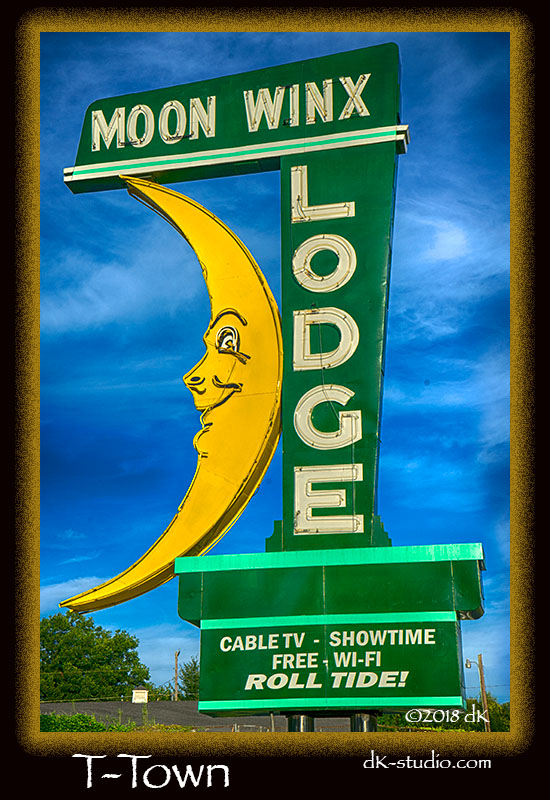 As we rolled in to the RV parking lot, I began to think what a real treat this was going to be for the “rookie first timer”. I remember mine and it was not as a spectator but as a media photographer covering the the Tide and Coach Paul Bear Bryant. I was awe struck the first time I stepped on the field and as time progressed over four years of photographing, began a long term love affair as a Bear Bryant and Alabama football fan.

Once we got settled in at the RV Park and enjoyed a few libations, I realized it was time to start the sports baptism of my friend and so we grabbed a seat on one of the campus buses and headed to the Quad. It is an eye opening and truly awe-inspiring experience to look across the sea of crimson tents enjoying the pre-same ritual of tailgating. As luck would have it we ran right into members of the Million Dollar Band preparing to walk down Paul Bear Bryant Blvd and into the stadium as well as a future hopeful. 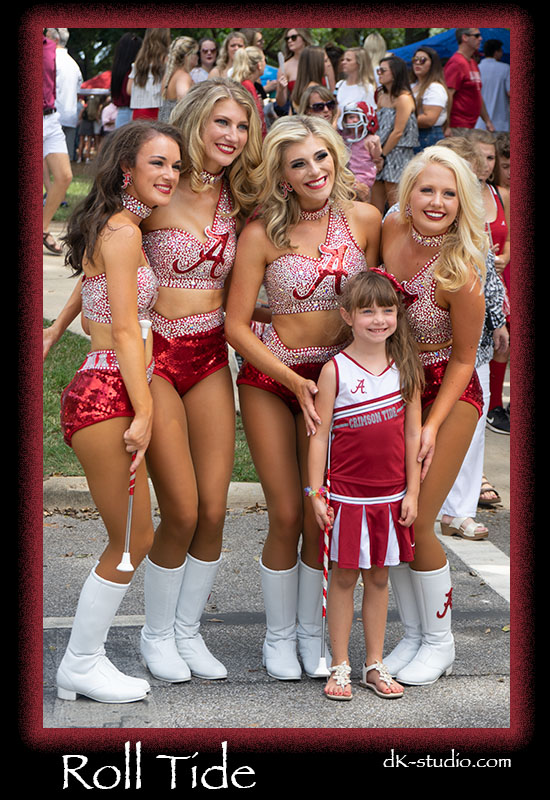 From there it was a walk through the sea-of-crimson fans to the stadium. As we made our way around the stadium to our gate I took Phil on a side path to where the coaches statues reside and where the ritual of Selfies takes place with the legendary icons. Once completed it was on to our gate and finding our seats. I waited until we got to our seats to see if the magnitude of the moment sunk in, two tickets on the 50-yard line 47 rows up from the field. I remember my first experience had me up in the upper confines of the east deck where sunscreen and binoculars were mandatory. As we took our seats and looked around I believe it sunk in. As we looked around the stadium and the sea of Crimson, it was time for the pageantry of the game to begin. You know it is time for some football when your introduction to Bryant Denny includes the National Anthem by the Million Dollar Band. 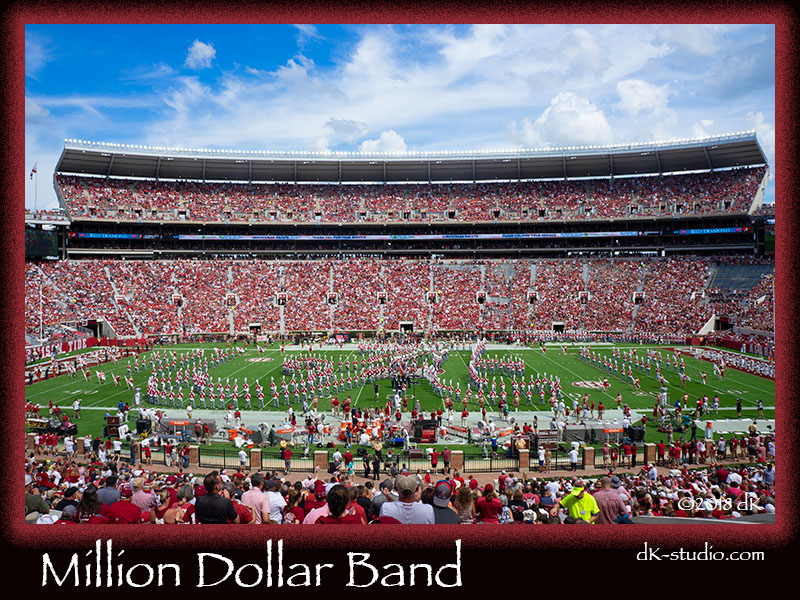 From there is was all icing on the cake. Watching Alabama do what they do! It was not the most exciting game I have had the opportunity to witness but I could only sit and wonder what it was like for my best friend and whether he sensed that this kind of hospitality does not come along that often but when it does you relish every play. At the end of the game it was pretty much a one sided affair with BAMA beating Arkansas St. 57 – 7! It was not so much about the score as it was, thanks to some very dear friends, an opportunity to host a friend of mine to his first ever college football game in style in Bryant Denny Stadium. Can I get a Roll Tide Roll? ENJOY!!!!!!! 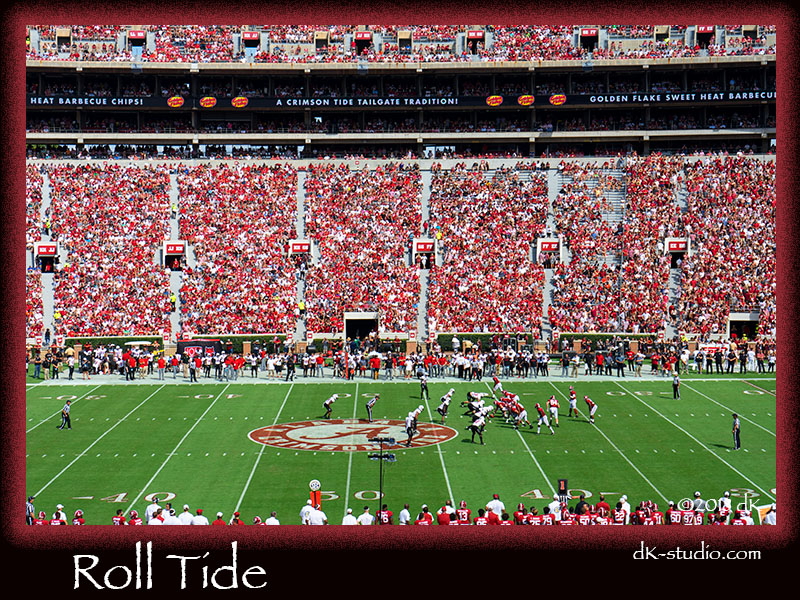